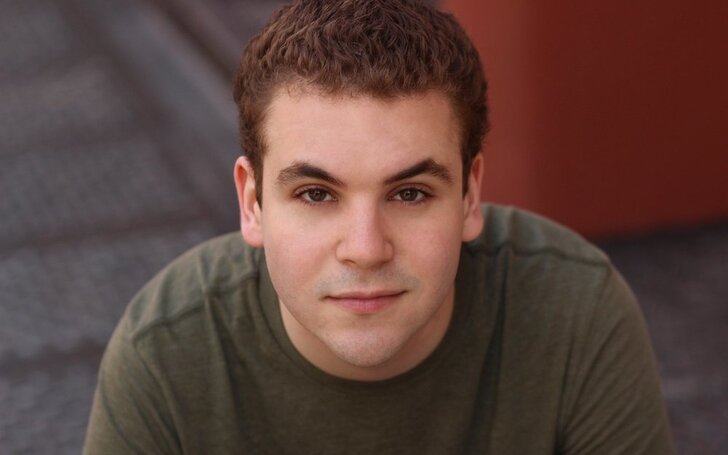 Alan Aisenberg was born on 18th March 1993 in Englewood Cliffs, New Jersey. He's got a sister named Gabriela Aisenberg. Alan was interested in acting from a pretty young age at a Jewish Community Center in Tenafly.

The actor went to New York University Tisch School of the Arts. During his college days, he co-founded a production company called Deverge.

Stars as Wilhelm Rodman in the Netflix comedy 'Brews Brothers' (2020)

Brews Brothers is an American comedy series airing on Netflix. The show created by Greg Schaffer and produced by Franny Baldwin and David Soldinger was ordered for eight episodes by Netflix on 23rd August 2019.

Alan Aisenberg is playing the role of Wilhelm Rodman in the Netflix comedy Brews Brothers. Wilhelm is the owner and brewmaster of Rodman’s Brewing Company in Van Nuys. Featured on ‘Orange Is the New Black’ – What’s His Net Worth? 'Orange Is the New Black' star Alan Aisenberg's net worth is estimated to be $250,000.
Source: Aisenberg Instagram (@alanaisenberg)

Alan Aisenberg made his acting debut with the role of Scotty in an independent horror film Unholy (2007). The following year, he featured as Malcolm in a comedy film Harold (2008) and as Feather in a comedy-drama The Longshots (2008).

In 2008, the actor made his television debut through a minor role in a musical comedy The Naked Brothers Band. Two years later, he starred as Scuggs in a comedy-drama movie It’s Kind of a Funny Story (2010). This was followed by the role of Benjamin Meyer in yet another romantic comedy The English Teacher (2013).

The actor had an eventful 2014 in the small screens; he made a single-episode appearance as Alan in a coming-of-age comedy series Red Oaks and portrayed the character of Sidney for a couple of episodes in a comedy-drama Mozart in the Jungle. The following year, Aisenberg made a single episode appearance yet again; this time as Dugan in a sketch comedy series Inside Amy Schumer (2015).

From 2015-17, the actor enjoyed a recurring role of Baxter “Gerber” Bayley in Netflix’s popular comedy-drama series Orange Is the New Black. He appeared for a total of 23 episodes.

In 2018, the Brews Brothers star played the role of Chase in a romantic comedy film Second Act. The same year, he made a single-episode appearance as Will Leroy in a police procedural drama series Blue Bloods (2018).

The actor’s upcoming projects include political comedy film Irrestible (2020), where he portrays the character of Evan. The movie is set for release on 29th May 2020.

Meanwhile, Alan is also renowned as a producer; his most notable credits include Improv Everywhere Originals (2012-present) and We Cause Scenes (2013).

Does the Actor Have a Wife? Alan Aisenberg is neither married to a wife nor dating a girlfriend right now.
Source: Alan Instagram

Alan Aisenberg is currently single. There’s no clue about his dating endeavors anywhere on social media. In fact, he seems pretty hesitant to talk about his love life in the public domain.

The 27-year-old appears pretty low-key when it comes to his romantic life. Although he could be dating a girlfriend or even married to a wife in secret, for now, he seems fully engrossed in his career, most recently as Wilhelm Rodman in the Netflix comedy Brews Brothers.

Meanwhile, the actor carries a wonderful relationship with his sister, Gabriela Aisenberg. She is a voice actress best known for voicing several characters on ‘Dora the Explorer’ and ‘Go, Diego, Go!’ The siblings often take to their respective Instagram to share cute pictures together. On 6th May 2017, Alan took to the photo-sharing platform to shower praises for his fresh college graduate sister. A year later, on 11th April 2018, the actor posted another adorable picture together on National Siblings Day.