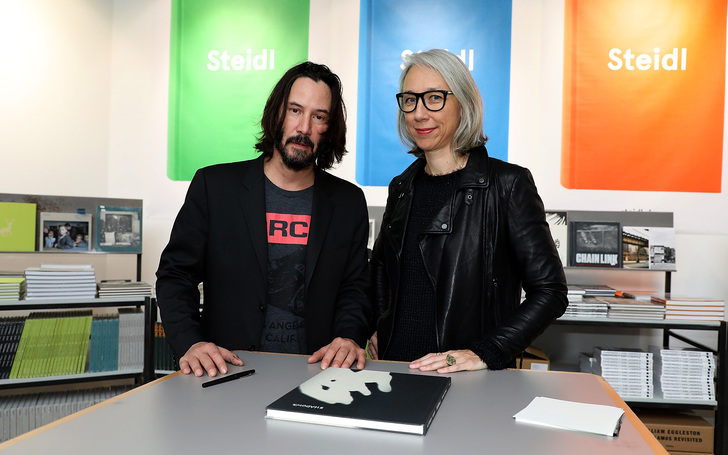 It’s been a few months since Keanu Reeves made it publicly official of the fact he’s no longer a single man. Much to the delight of the millions of fans!

Back in November 2019, the John Wick star sparked a frenzy amongst the media and fans when he made an appearance at the LACMA Art + Film Gala in Los Angeles, alongside one special lady.

The beautiful Alexandra Grant, an artist by profession, was subsequently revealed to be his girlfriend.

In a recent interview with British Vogue, Grant opened up about her relationship with the most breathtaking man on the planet, also dubbed the “internet’s boyfriend.”

I think every single person I knew called me in the first week of November, and that’s fascinating. But the question I’ve been asking in all of this is: ‘What is the opportunity for good?’

Moving on to the topic of marriage, however, Grant was a bit more cautious in disclosing her intentions to writer Louis Wise.

Over a glass of wine ... I would love to tell you. Love at every level is deeply important to my identity. How’s that for dodging the question?

I do not believe that isolation is the way. There is a period of isolation that I do as a painter, but I deeply value the experience of being in relationships.

Keanu and Alexandra were initially business partners before deciding to take their relationship forward on a personal level. The duo first collaborated on Reeves’ book Ode to Happiness (2011). This was followed by their project titled Shadows which launched in 2016.

Actor and friend Jennifer Tilly later revealed the pair had been secretly dating for several years. As a matter of fact, the November event was when they made their first public appearance together (as a couple) on the red carpet.

Interestingly, Reeves, 55, was spotted in a romantic relationship for the first time in nearly three decades. Needless to say, fans couldn’t be more delighted for this wonderful man after several personal tragedies ensued upon him throughout his life.

Meanwhile, Grant’s grey hair is often a topic of discussion in the media. The artist revealed she made a rational decision to stop dyeing her hair during her 20s.

“I am a huge believer in choice ― whatever anyone wants to do to feel confident. We should all have more options as to what beauty is. There are billions of us.”