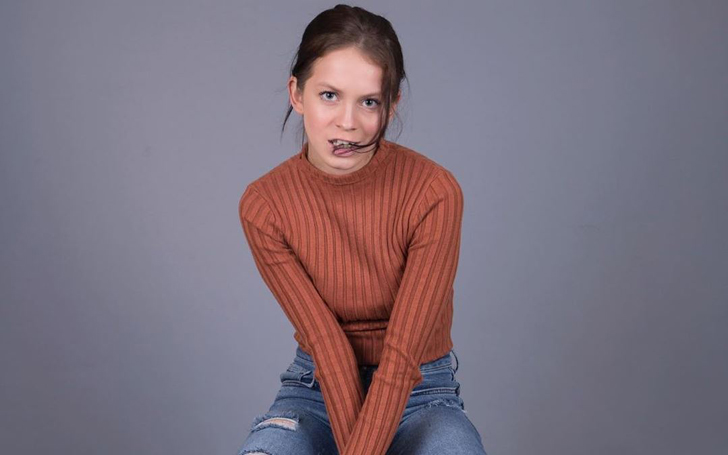 At 19 years old, Ana Valeria Becerril took her first feature to the  Cannes Film Festival and was awarded by multiple organizations for her performance, playing Valeria in the acclaimed movie April’s Daughter. It was over three years before the release of the film, Ana took her first steps in becoming an actress. She appeared in theatre plays from 2014 at the age of 15, and now she is leading the Mexican version of Elite, Netflix series Control Z.

Ana Valeria Becerril was born on 4 January 1997 in Mexico City, Mexico, to her parents. The actress still lives in Mexico, where she also pursues a career in acting and starts on her path to becoming a performer soon as she hit her teenage. The actress is now 23 years old, and to date, she has three acting credits to her name, with two more in post-production. She also had an extensive career in theatre, which led her to her on-screen presence now.

There is a show or movie which shoots an actor or actress to international fame. Few shows make that jump of the language barrier and become a sensation worldwide, but Control Z shows the potential of becoming the new Elite and 13 Reason Why, mixed in together. Ana Valeria Becerril is starring in the show, and it seems the series will introduce the actress to a wide audience, possible only through Netflix.

Control Z is one of the over ten different shows and movies from Mexico, which is set to debut on the streaming service. Netflix is trying to get a stronghold in the Latin countries, and having a bulk of Spanish movies and TV shows are what they are hoping will do the trick. Like Money Heist and Elite, the streaming service is hoping for the Mexican shows to have a similar impact on the global market.

Control Z is about college students in Mexico, where the lives of the students are turned upside down when a hacker systematically targets various students and releases sensitive information about them. The hacker then uses the pent up anger of the ones scorned and uses them to reveal things about other students, starting a chaotic chain of events, which will destroy the students of Colegio Nacional. Ana Valeria Becerril is playing Sofia in the series. She is the socially distant but extremely talented student of her high school. When the hacker starts leaking information, she goes on a quest to find who the hacker is why he/she is doing what they are doing. With the help of alliances she makes along the way, Sofia tries to find the truth.

Ana Started Her Career in Theatre 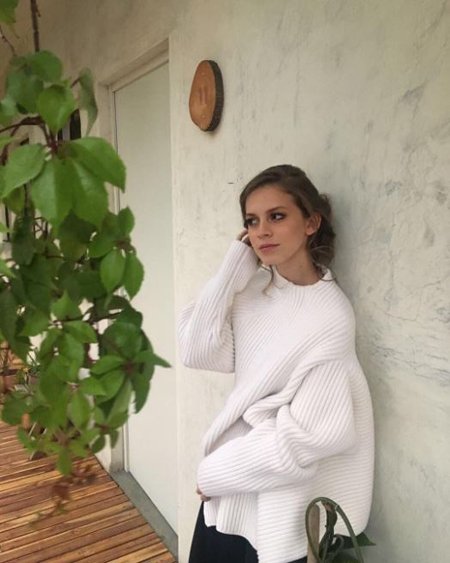 Ana Valeria Becerril started her career in acting at the age of 15 when she started to appear in plays. Her first recorded play was El Rey Galaor, which was on stage in 2014. The actress continued her career with El ultimo Arrecife en 3 dimension, which was also available for viewing in 2014.

While the actress was making her name on stage, she was hired to appear in a movie for award-winning director Michel Franco. The movie was named April’s Daughter and made its debut in the Cannes Film Festival, where it was selected in the Un Certain Regard section of the festival. The movie won the jury prize in the selection, and Ana was lauded for her performance as Valeria.

Ana Valeria Becerril played a pregnant teenager in the movie, and numerous publications and award show recognized her as a promising young actress. The success and recognition of the film led the actress to Muerte al Verano, which was released in 2019, and the same year she was hired to appear as the lead in the Netflix series Control Z.

She has been recognized at CANACINE Awards and was also nominated for an Ariel Award. The actress made waves in Mexico, and she is hoping to showcase her talent to the entire world with the new Netflix series.

Instagram Presence of Ana Valeria Becerril – Does the Actress Have a Boyfriend?

Ana is active on Instagram, where she recently started to post about her upcoming Netflix show. Most of her earlier posts are also about promoting her new projects and photos from her theatre days. Her Instagram is a fun follow, there is nothing generic about the posts she makes, and her natural-self shines through in images she posts, which is refreshing.

The actress does have pictures with other boys, mainly with one person, but she has never stated she is dating anyone. The actress has friends, but when it comes to relationships, the actress seems to be focused on her career ad currently no dating anyone.