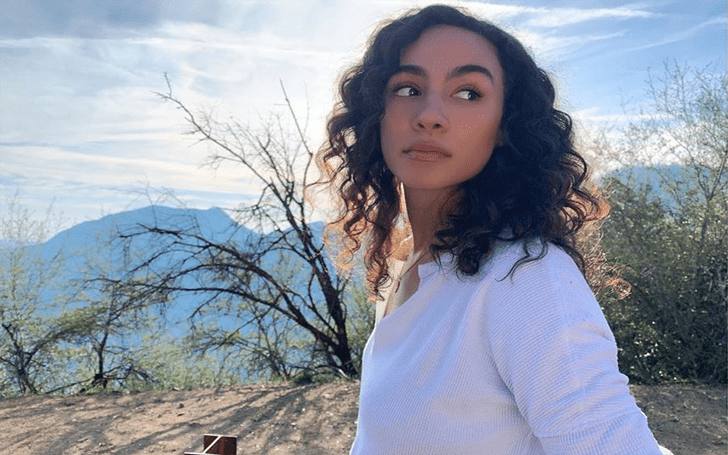 Aurora Perrineau was born on 23 September 1994 with the actress only recently celebrating her 25th birthday. From a pretty young age, she wanted to be an actress, and she even tried to be one when she was small. But the fact you are not going to get every part you audition for was the deterrent in her early life. After an initial try, the future model and actress decided to focus on her studies.

Coming from a family of actors, both of her parents are veteran actors, her father Harold Perrineau is the most recognizable of the family, considering he was one of the main characters of Lost. Her mother also started her career in acting, and she married her father when she was eight years old. Aurora is also not an only child and she is one of three daughters with her siblings being Wynter Aria and Holiday Grace, both born on 7 May 2008 and 21 March 2013. Harold Perrineau and his daughter Aurora Perrineau; she is appearing in 'Prodigal Son.'
Source: Instagram @auroraperrineau

After Aurora finished her high school, the actress decided to take up acting again, during her time in high school the actress got more and more of thick skin and decided she needed to be ready to take disappointments and learned it is only the way forward. This allowed her to pursue a career in acting, which led her all the way to When They See Us and Prodigal Son.

Aurora Perrineau and Frank Harts on the set of 'Prodigal Son.'
Source: Instagram

After taking acting back up again, the actress played her first career role in Pretty Little Liars which allowed her to get in the movie Air Collision. It was a direct to video film, but still, every experience matters. The first major role of her career was in the film Equals and then Gem and Hologram, which were both critical and financial flops but only helped further her career.

The actress was then cast as Jennifer Lawrence’s friend in the sci-fi movie Passenger which is still the biggest success of her career followed by 'Truth or Dare' which made over $90 million at the box office after only a $3.5 million investment.

But the biggest role of her career was in the show When They See Us, a drama series about the infamous Central Park Five who were caught and convicted on bogus charges, and all the teenagers involved served time and were later acquitted after the confession to the crime by another man. This event was retold by Ava DuVernay, and Aurora was hired to play the role of Tanya, the girlfriend of Raymond Santana (more on this later!). This was a major breakthrough for the actress who got the recognition she deserved and also got to work with one of the most talented directors of this generation.

Aurora also recently started appearing in the series Prodigal Son by Fox which stars Tom Payne in the leading role. She is playing the role of Daniel Powell, who is a police officer, and she is also a series regular on the new show which was already ordered for a season.

Watch: The trailer for the first season of 'Prodigal Son' currently coming to Fox

Daniel is obviously one of the best characters in the show, someone who is strong and doesn't take any sh*t from anyone in particular. She is her own person, and also she's got a warm heart for the people who she works with and the civilians she serves as a police officer. The first episode of the show was mind-blowing, if you are still waiting on the show, then you are missing out — new episodes for the Prodigal Son air every Monday on Fox.

Her Past Relationship with Ex-Boyfriend Sam Strike Aurora Perrineau and Sam Strike were in a relationship for a while.
Source: Twitter

The actress was involved in a relationship with Sam Strike, and the love between the two blossomed in July of 2015. The confirmation of their relationship was something she herself did after the talented actress posted a photo of the two together in July of 2016 with a caption that congratulated the couple on their first anniversary.

The couple was cute while the relationship between the two lasted; she used to routinely make fun of her partner and post funny pictures of the two together. From calling him a hipster to licking his face, there was no shortage of adorable moments between the two. Aurora Perrineau and Sam Strike on the couch together.
Source: Instagram (since deleted)

When most of their fans were expecting the couple to go the distance, it appeared to be over between the two. The last time she posted about her former sweetheart was in January of 2017, and the ex-couple seemingly broke up. This was the first relationship we know of the actress, and the two of them were great together, but too much of a good thing is never nice, there need to be challenges for a relationship to succeed, and the duo was unable to handle the obstacles posed in their life. 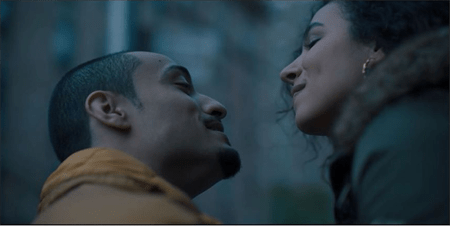 Freddy Miyares and Aurora Perrineau were in a relationship in the show 'When They See Us.'
Source: Instagram

As mentioned above, Aurora was cast in the series When They See Us, and the actress appeared in the final two of the four-episode series. These were also the episodes where Freddy Miyares was hired to play the adult version of Raymond Santana. The two of them met on the sets of the show, and she was playing his girlfriend in the true story series.

They were pretty romantic, and on the screen, you could see the romance blossom between the two. Everyone chalked this up to great acting, but then the two of them were spotted together and seen vacationing and getting pretty close. The romance they developed on-screen translated into real life and soon, to the delight of all of their fans, the two were supposedly dating. 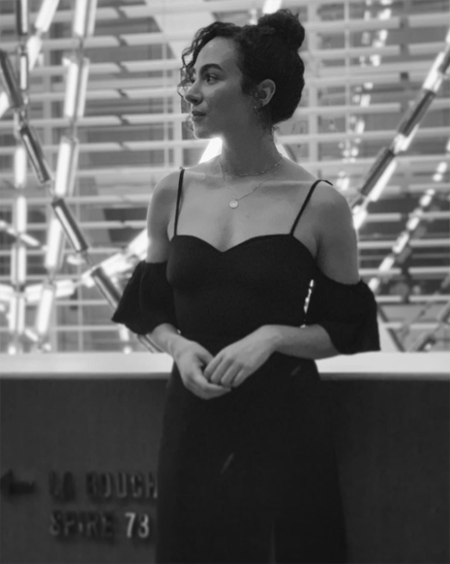 Freddy and Aurora never confirmed their relationship, but then she recently posted a story on Instagram where she said she's got an amazing family and among the names tagged on the photo was Freddy. So, there is a lot of smoke for there not to be a raging fire; this is why all of their fans are deducing the two are together.

The duo is beautiful together and we hope their relationship lasts for a long time to come in the future and fares way better than her past relationship. Right about the time Harvey Weinstein and his dirty deeds came to light in the bombshell Pulitzer Prize-winning article in The New Yorker, more and more women came out and shared their horror stories of Hollywood and other workplaces. Then in November, The Wrap got their hands on a police report where Aurora Perrineau accused Murray Miller of raping her. The writer was then working for the HBO show Girls, and the report went pretty unnoticed, Aurora filed the reports before the Weinstein reports came out, but she was still lumped in with the 'MeToo' movement.

The reason the whole incident blew up was when Lena Dunham and Jenni Konner accused the actress of lying and said they were standing with the alleged rapist. There was a massive storm which raged from the fact Lena was only supporting the white woman, and when one black woman came forward with her plight, the person was called a liar. Aurora Perrineau was accused by Lena Dunham and later she apologized to Aurora.
Source: Page Six

After extreme outrage, the duo reversed and took back their statement, also issuing a statement where they gave a non-apology apology. The writer was not convicted because of a lack of evidence, and the three years of statutory limitation, limiting the district attorney with no choice but to file no charges against the alleged rapist.

Though it was a disappointing end to the case for the actress, she was still happy she got to speak her truth and not just suppress the whole thing inside her. She wanted justice, and it was never about telling her story, and when she finally got to the police station and filed the charges, the actress said, it was the moment she was finally able to take a breath.

Make sure to visit Celebs In-depth for more Biography and Gossip about your favorite celebrities.