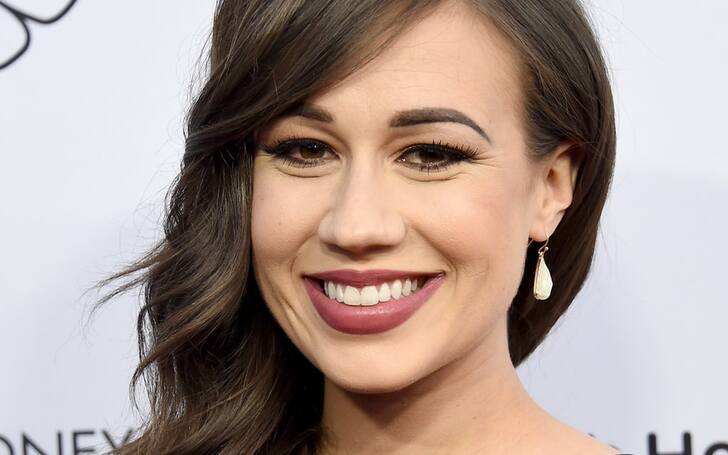 Colleen Ballinger is an American Youtuber who was born on 21st November 1986. She is well renowned for the portrayal of her Internet character named Miranda Sings on Youtube. Moreover, she is popular for performing comedy acts in her character during tours.

Ballinger gained her biggest fame upon creating the original Netflix series based on her character Miranda Sings. The show titled Haters Back Off ran for two seasons in 2016 and 2017. A couple of years later, she starred as Miranda in the Netflix comedy special.

The Youtuber was born and raised in Santa Barbara, California. Her parents are Tim Ballinger (father), a sales manager, and Gwen Ballinger (mother), a homemaker. She was initially homeschooled before attending San Marcos High School. Later, she completed her graduation from Azusa Pacific University, majoring in vocal performance.

Ballinger has three siblings, a younger sister, Rachel, and two older brothers named Christopher and Trent. Rachel and Christopher are Youtubers just like her with the followers' count in millions. Colleen Ballinger was married to her first husband Joshua Evans for a year.
Source: Pinterest

Colleen Ballinger tied the knot with her first husband Joshua Evans in July 2015. Evans is a singer and Youtuber who runs a channel named JoshuaDTV.

The couple who vlogged their relationship ever since they began dating, did so when Evans proposed to Ballinger which was uploaded on Youtube.

Watch: I Am Moving To Canada - Colleen Ballinger and Joshua Evans

Earlier, the duo first met when Joshua bumped into one of the videos of Collen's alter-ego Miranda. He subsequently pursued her on Facebook and the two got close that eventually led to their dating affair.

Prior to the wedding in California, Colleen spoke to VidCon where she talked about her forthcoming marriage. She said,

We’ve been together so long that it doesn’t feel different. We’re just excited that we can call each other husband and wife.

In September 2016, the couple announced their divorce on Youtube titling it "Life Update."

The Youtuber is currently married to her second husband Erik Stocklin 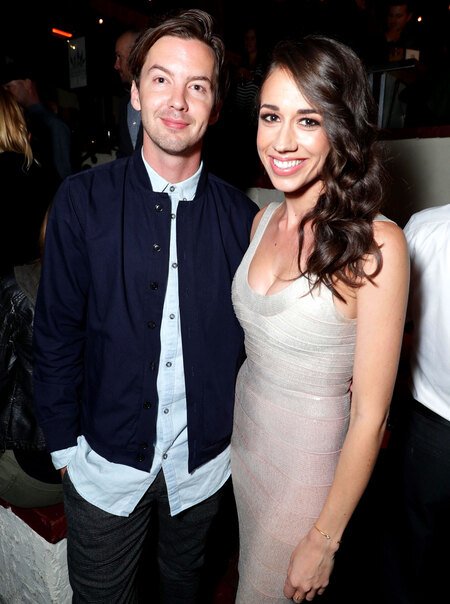 Following her divorce with Joshua, Colleen Ballinger and actor Erik Stocklin bumped into each other in 2016. The Youtuber had cast him to play the romantic partner of Miranda in the Netflix series Haters Back Off.

By early 2018, the couple had already begun dating. By mid-year, Colleen revealed she's engaged to her boyfriend and expecting her first child.

We’re so, so excited, We’re so in love and can’t wait to meet this kid. It’s just all happening at once; a lot of exciting things coming quickly, which is awesome. I’m the luckiest girl in the world.

The couple welcomed their baby son named Flynn Timothy Stocklin on 10th December 2018. She uploaded a video on Youtube for the name reveal of her baby.

On 29th December 2018, the actress revealed she was married in the most casual manner on Youtube. Apparently the couple exchanged vows sometime that year following their engagement in June.

Colleen Ballinger AKA Miranda Sings - Her Career and Net Worth Colleen Ballinger created a comical character named Miranda Sings in 2008 as a means to satire the talentless Youtube singers and dancers who are looking to break into the business of showbiz.

The Youtuber's Netflix series Haters Back Off explored the family life and origins of her character. The show aired for two seasons in 2016 and 2017.

Colleen is the winner of the Teen Choice Award and Streamy Award. Moreover, Forbes magazine ranked her number 5 on the list of top influencers in the Entertainment industry in 2017.

Besides her Youtube and Netflix adventure, Ballinger made appearances in seasons 3 and 4 of the murder-mystery series Escape the Night (2018-19). Likewise, she portrayed the character of Dawn in the Broadway musical called Waitress in 2019.

Colleen made guest appearances as Miranda Sings in the web series Comedians in Cars Getting Coffee (2015). In addition, she's made a couple of appearances in the late-night talk show The Tonight Show Starring Jimmy Fallon (2014).

The Youtuber published two best-selling books titled Selp-Helf and My Diarrhe, both of which are written in the voice of Miranda.

Colleen Ballinger's net worth is estimated at $8.5 million.