Born in Britain, Ella Balinska is an actress who started her career in 2014 at the age of 18 when she was done with her studies. She started her career as a model just like her mother, was a track & field athlete in school and threw Javelin for Team London. The actress was also an astute learner when it comes to combat sports; she trained in most forms of combat which came in handy in the latter part of her career which includes the hiring in Charlie's Angels.

While getting her education and learning all the skill necessary for the life she was going to live, there was one aspect which was missing. She enrolled in the Guildford School of Acting after her high school to get her Bachelor's degree in the acting. Ella was able to finish her schooling and get a degree with all honors in 2018 which is when she refocused herself fully in the field of acting. Ella Balinska will appear in Charlie's Angels next.
Source: Instagram

Ella was born on 4 October 1996 in London, England to her parents Lorraine Pascale and Kazimierz Balinski-Jundzill. She was a great kid growing up and when asked about her childhood and parents, there is nothing but good memories from her early life.

Ella Balinska’s Parents; What is Her Ethnicity? Ella is the daughter of reputed television chef and best-selling author Lorraine Pascale and jazz musician Kazimierz Balinski-Jundzill. Lorraine was born to Jamaican parents who gave her up for adoption after she was born and she was adopted by a white family when she was 18 months old. Lorraine bounced around in foster care when she was seven years old after her adoptive parents got divorced and her adoptive mother got sick.

Still, through all the trouble, Lorraine was able to get a scholarship and continue her studies which resulted in her getting discovered by a modeling agency. And so began the career of Lorraine Pascale who met Polish jazz musician Kaz Balinski at the age of 23, and the two got married in 1995. 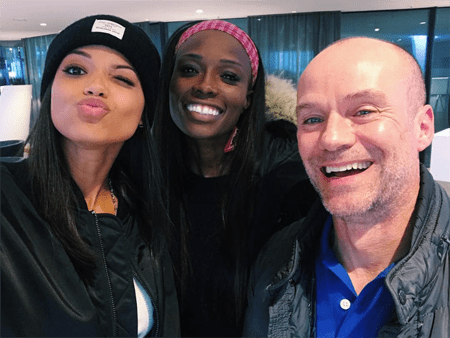 Lorraine Pascale and Kaz Balinski with Ella Balinska, during her birthday.
Source: Instagram

A year later after the marriage, the couple welcomed a bundle of joy and named her Ella, but the relationship between the married couple was not to last. They separated when Ella was only 4 years old and got divorced in 2000, but when the actress talks about her parents, she also mentions, they are divorced but still remain friends and always come together for her.

Ella's father is white and her mother is black which is why Ella is of mixed ethnicity. She told Vogue after she got a part in Charlie's Angels, it was difficult for her growing up a mixed child because she never saw anyone like her in school or at home. But she also explained she is comfortable now with who she is, and her being true to herself is more important than any label people can throw at her.

Getting Cast in 'Charlie's Angels' and Playing 'Jane Kano' 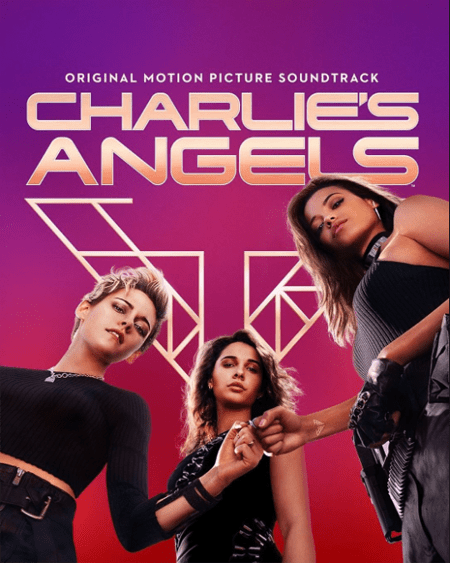 The poster of Charlie's Angels, releasing on 15 November 2019.
Source: Instagram

Charlie's Angels was a mid-70s TV show which told the story of three super spy ladies who are working for a person called Charlie and go around the world, kicking ass and taking names. The series was adapted into a movie after the turn of the century and the success warranted a sequel, which was not well received and the movie series went away.

There was an attempt made at reviving the show, and it was produced in 2011, but the show is now considered one of the worst shows ever created. Now, Sony is braving the storm and bringing the popular franchise back for one more trip around the sun with Kristen Stewart, Naomi Scott and Ella Balinska playing the three Angels in the movie.

Watch: The trailer for the reboot of Charlie's Angels coming this fall

The film is being directed by Elizabeth Banks, and she is also playing a character in the film. Ella talked about the casting process of Charlie's Angels and what was it like for her to get the role. She said the process was simple, she made a demo tape and sent it to the casting people, and then, she was involved in a phone conversation with Elizabeth Banks which resulted in the actress getting the role of Jane Kano.

Ella's Career So Far; Is She in a Relationship? The actress made her first acting bow in the movie Junction 9, and then there were subsequent short films, which led her to A Modern Tale in 2017. In the same year, she appeared in another short film, and then she was involved in her first TV appearance with the actress making her TV debut in Casualty for one episode and following it up with a single appearance in another series Midsomer Murders.

Ella's biggest role in her career was in the TV show The Athena where, in 2018 to 2019, the actress played the character of Nyela Malik for 26 episodes, and this led to her hiring in the movie Charlie's Angels.

Ella Balinska played in the show The Athena as Nyela Malik.
Source: IMDb

Browsing through her Instagram feed, there seems to be no mention of a love interest or a boyfriend. The actress is still young and probably doesn't want to be bogged down by a relationship while her career is still on the come up.