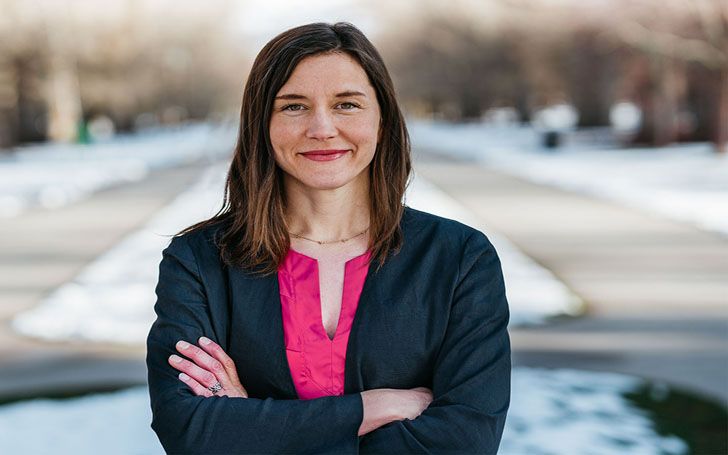 Erin Mendenhall is a two-term councilwoman who’s served on the city council since 2013 as the representative for Ballpark Central 9th, Liberty Wells, East Liberty Park, and Wasatch Hollow area. But before she is the representative of the people in Salt Lake City, she is the fifth generation resident of Utah who lives in Salt Lake City with her husband and three children.

The councilwoman was born in Arizona, but her parents took her to Utah when she was only seven years old, and ever since then, Utah (also known as Deseret) is the place where she resides. She lived in a wide-open area, almost a farm when she was a kid, and the farm life was something which always enticed her. After the move to Utah, she started her education in Alta High School where wasn’t exactly a good fit. Erin Mendenhall is a Salt Lake City Councilwoman and a Mayoral candidate for 2019.
Source: Instagram

After moving to Utah, there was another move waiting for her as the councilwoman packed her bags and headed to Salt Lake City, where she attended the reputed University of Utah. She took up gender studies instead of becoming a dentist or a park ranger, which was her dream growing up. She graduated from college with a degree in gender studies and soon started on her career in public service.

From an Activist to a Decision Maker; Fighting for Clean Air After the Death of Her Father Erin’s fight to clean the air in Salt Lake City was not directly inspired by her father, but his struggle, while she was young, shaped her feeling about the pollution of air. The main reason she took up activism was after realizing the pollution in the air could take away at least two years of her newly born son’s life.

Soon she was going to meetings and joining the activist groups about 13 years ago. She wanted to move away with her family when she realized about the air quality in Salt Lake City, but then she decided to stay put and do something about the trouble facing the place she calls home. Erin Mendenhall took up the public office for her battle against air pollution.
Source: Instagram

Though the councilwoman will never speak of this publicly, the death of her father was also a major factor for her wanting to fight for cleaning the environment. Her father used to take a short cut and cut through a crop field every day, but the field was sprayed with DDT, which is known to cause some form of cancer. Her father was soon suffering from cancer, and he succumbed to non-Hodgkin Lymphoma while she was still in high school.

After a few years of activism and then starting a non-profit organization Breathe Utah in 2010, she was running for public office in 2013. She was elected as a councilwoman, and while doing her job, she was involved in a relationship, which was widely reported.

Erin Mendenhall Affair With Fellow Councilman Kyle LaMalfa, Before Getting Divorced from Her Ex-Husband Erin Mendenhall was married to her ex-husband while she was engaged in an affair with Kyle LaMalfa.
Source: Dan Morris

In 2014 Utah media reported a story about two councilpersons involved in an intimate relationship. The story was confirmed by multiple anonymous sources, and the two people involved in the affair were said to be Erin Mendenhall and Kyle LaMalfa.

Erin Mendenhall Affair, with Kyle LaMalfa, was confirmed after both people involved in the relationship confirmed they developed feelings and “fondness for one another.” They released statements confirming the affair and clarified their position of keeping everything above ground. Erin Mendenhall and Kyle LaMalfa were engaged in an affair while she was separated from her husband and on the verge of getting a divorce.
Source: Salt Lake City Weekly

They did not need to publicly acknowledge their relationship because there is nothing on the law which states councilperson cannot share a relationship with their co-worker, but they wanted to be transparent which is why they looked for legal advice, and the city attorney told them there is nothing illegal about the two pursuing the relationship.

The problem which was brought front and center when the story broke was the fact the councilwoman was still married to her first husband when she was involved in the affair with Kyle. In the statement released on her official website, the 1st term councilwoman stated she and her husband were separated for a few months then and were about to get divorced.

Erin Mendenhall Married to Her Husband Kyle LaMalfa; How Many Children do They Share? After the information about the couple dating, one another became public knowledge they kept on dating. Erin was doing great in her first term; she also recently finalized her divorce from her husband. Then the four-term councilman Kyle LaMalfa’s time was up on the council, and he decided not to seek re-election.

Kyle was asked about his reason to not go through with the re-election, and the reason he gave was he wanted to be with Erin. “I'm not running because I want to be with Erin,” he told The Salt Lake Tribune. The couple cared for one another, and Kyle stepped away from his career so he can spend more time with his then-girlfriend.

It was a nice gesture, and considering she is almost certain to become the Mayor of Salt Lake City; it was definitely the right decision. Kyle did not seek re-election, and soon, the couple walked down the aisle and made their relationship official by becoming husband and wife.

They are also the parents to three of their kids, Cash 13, Everett 9 and Mila 3 are all supportive of her mother’s decision to run for Mayor, and they are seen on the campaign trail sometime. Erin Mendenhall at her Mayoral campaign party with her children and husband, waiting for the results.
Source: Instagram

Erin was elected back on the council in 2017, and then she decided to take her career to the next level, by standing up for the office of Mayor of Salt Lake City. She was one of the names in a wide field of prospective politicians, which is why it was surprising when she was the top of the pack when the primary was over.

Erin beat out a wide field of politicians who spent more money than her, but she believed in grass-root activism, which she pointed out was the reason for her success. In the final showdown, she is going up against Luz Escamilla, who is an LDS member. Though The Church of Latter-day Saints is no much of a swing vote, they are a big voting contingency, which cannot be ignored. Erin Mendenhall and Luz Escamilla were going for the LDS votes as the Mayoral election was on its final leg.
Source: KUTV

Luz Escamilla was the obvious choice for the Mormon community for their vote, but then six days before the election, there were hand-delivered letters signed by LDS political activist who said their support, Erin. The letter’s signature and their gathering was organized by the Mayoral campaign to get Erin elected and was paid for by Erin.

Latter-day Saints were being courted, and this was the most blatant effort during the election campaign. But all her strategy seems to have worked considering she is almost certain to be the Mayor of Salt Lake City.