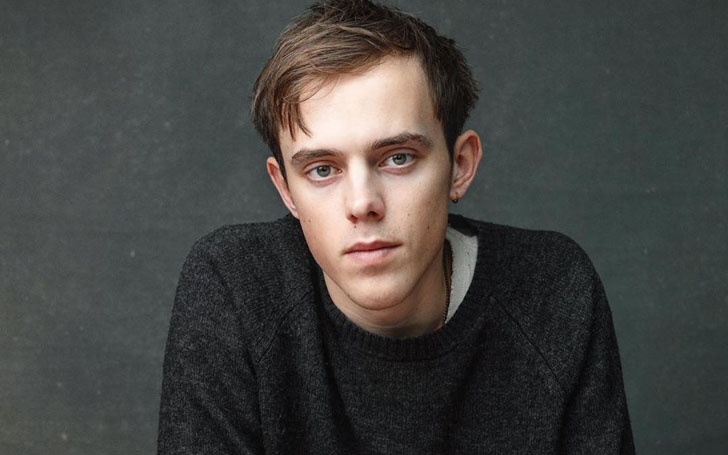 For someone who only started appearing in movies and TV shows in 2020, Jack Barton doesn’t lack confidence and carries himself in a way that makes you think you’ve seen the British actor before. But he is relatively new to the world of show business, and there is little to nothing known about the actor who seems to be on his way to fame and glory.

The actor is represented by United Artists, and according to his resume, he is listed as being able to play a character between the 18-30 age group. And considering his college years and first TV credit we can say the actor is less than 25 years old, which is exactly the age group all the main actors in The Letter for the King cast series are around.

Before he was hired by Netflix to appear in the adaptation of the beloved Dutch classic novel, the actor also appeared in a British TV show. But don’t let the lack of screen time fool you, Jack Barton is a trained theatre actor, someone who’s appeared in numerous plays over the years while training and later as a professional actor. Now, with only single acting credit to his name, Jack Barton will appear in the Netflix series, The Letter for the King, playing Foldo.

The book and the series follow Tiuri, played by Amir Wilson, who comes across a knight in dire need. With his dying breathe, the knight asks young Tiuri to deliver the letter he intercepted, to the king. The letter details the sinister plan of Prince Viridian, played by Gijs Blom; King Favian needs to know what is happening in order to stop the three kingdoms from falling into a destructive war. Jack Barton plays Foldo, one of the friends of Tiuri, who decides to aid the young knight-in-training in his quest to stop the war from happening. Foldo is not alone in the journey though, Jussipo, played by Jonah Lees is coming along with other knights in training novices. There is a beautiful romance involving Foldo something we get very little of but it was nice to see the shy and cautious Foldo getting some romance.

Also Read: The Letter for the King Filming Location – Where was the New Netflix Series Filmed?

Jack Barton Trained at The Oxford School of Drama Trying to become an actor is not as easy as it seems, some people get there easy, but for most, a lot of training and sacrifice goes into the quest of appearing in front of the camera or standing on the stage. Jack Barton also joined The Oxford School of Drama after high school to better allow himself to pursue a career in the world of acting.

He honed his skills while at the school, and through appearances in multiple plays, Jack also got the training he needed to be confident in front of the camera or a live audience. Over the years, Jack appeared in various plays, and after he was done with his schooling, the actor still continued to appear on stage.

The first chance he got to act in front of the camera was in the show Grantchester. Jack Barton played Chris Hartley in the fourth episode of the fifth season, which aired in 2020. The release of his first on-camera work is now followed by what could be a career starter for the actor with the role of Foldo in the Netflix series. Jack Barton lives his life and shares it on his Instagram page for all to see.
Source: Jack Barton Instagram

The most inviting thing about Jack Barton is the fact, the man oozes confidence, and he is not afraid to say what he feels. While most actors and actresses' Instagram feed is cluttered with sponsored posts and promotional materials, Jack Barton is cut from a different cloth. He shares his own photography and also the quality time he spends with his friends.

Thought the follower count for the actor is pretty low, he still shares his experiences, whether it is jumping out of an airplane or flying one. The actor is unapologetic about who he is, and that will probably be the pull factor for most fans when he eventually blows through his acting career.