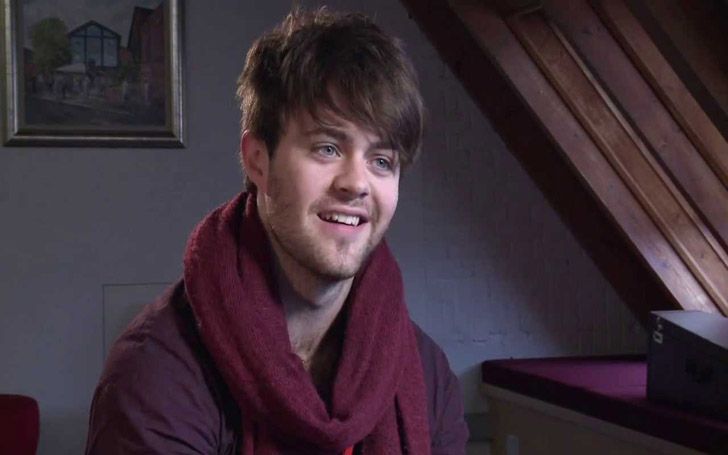 Joey Batey is a British actor who's appeared in close to 15 different movies and TV shows, but he is also an accomplished theatre actor, appearing in more than 15 stage plays including Hamlet, Romeo Juliet, and Macbeth. Now, the actor is pointing his focus towards the biggest role in his career, The Witcher.

Early Life and Getting Started in the Showbusiness Joey Batey is going to appear in 'The Witcher' as 'Jaskier'.
Source: IMDb

The actor was born in 1993 to his father and mother in Newcastle, and he spent his time early life in Tyne's side where he grew up loving football and acting. Joey finished his schooling there and enrolled in the University of Cambridge to study Modern and Medieval Languages and also started working in theatre.

Since the first acting job, the actor only built on his career which resulted in him transitioning between theatres and recording side of the show business. Now he will appear in The Witcher, playing the fan-favorite character of Jaskier. Joey Batey is playing the character of 'Jaskier' in the upcoming show 'The Witcher.'
Source: Reddit

The Witcher is coming to Netflix this fall with the series currently without a release date, but a November date is more than likely for the show to arrive on the streaming platform. The show follows Geralt, one of the Witchers who hunt down unnatural things for money and also Yennefer, played by Anya Chalotra. The two along with Freya Allan's character Ciri are the leading players of the show, but there are a few supporting cast members also.

Also Read: Joey Batey Girlfriend: Jaskier from The Witcher Has Some Interesting Ladies Around Him!

Joey is playing one of supporting characters in the series, Jaskier, who is commonly known as Dandelion. The character is more of a comic-relief in the game and the books, an offset to the brooding and angry nature of Geralt.

Watch: The trailer for the first season of The Witcher coming to Netflix this fall

The actor is not known for his comedic chops, but he can sing evidently by the fact he is a singer in a band. So, the character seems to suit the actor and the fans are also taken by his casting, considering how contentious everyone else's hiring was.

The Bard will obviously be one of the important players on the show, considering he is set to appear in all eight of the first season's episodes. So, be ready to enjoy his performance and goofy looks for an extended period of time when all the episodes are made available for streaming on Netflix.

Other Career Accomplishments of Joey Joey Batey appeared in a few episodes of 'The White Queen.'
Source: IMDb

Joey started his career in the theatre where he played Macbeth in the Shakespearean play, Macbeth. Soon, he was going from one play to another with Romeo and Juliet and other Shakespeare plays under his belt; the actor transitioned to movies and TV shows. The Riot Club was his first wide released movie experience and he also voiced a character in the Dragon Quest video game. Mount Pleasant was another show where he was hired for a few episodes, and he was also cast in the first season of In the Dark.

The J.K. Rowling's book adaptation of Cormoran Strike was next in the list of characters he was hired to play, and then he moved on to Knightfall where his character of Pierre lasted for five episodes, and now he is all set to appear in The Witcher.

Watch: The video for the debut single of Joey's band 'The Amazing Devil'

Joey is also a singer who is a member of the band The Amazing Devil, and they released their first album in 2016 called Love Run.