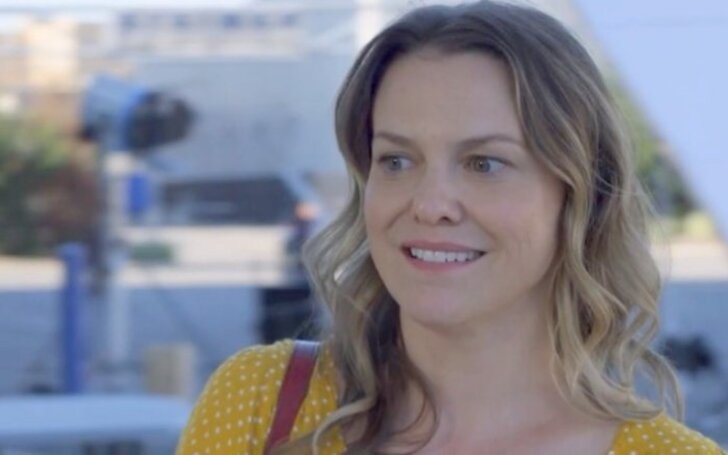 Larisa Oleynik was born on 7th June 1981 in Santa Clara, California. Her parents are Lorraine Allen (mother), a former nurse, and father Roman Oleynik (1936-2003) belonging to a Ukranian ancestry, an anesthesiologist. She was raised in the Eastern Orthodox Church around the San Francisco Bay Area.

Growing up, Larisa began to divide her time between normal childhood in Northern California and auditions in LA. Oleynik went to Pinewood School in Los Angeles, graduating in 1999.

Watch: This Nickelodeon Star Is Nearly 40 Now And Absolutely Gorgeous

Following her success in the Nickelodeon series The Secret World of Alex Mack, Larisa went to Sarah Lawrence College in Yonkers, New York. She described her college experience as the best decision she’s ever made.

The Healing Powers of Dude is a Netflix comedy series created by Erica Spates and Sam Littenberg-Weisberg. The sitcom follows Noah Ferris (Jace Chapman), an 11-year-old boy with social anxiety disorder, who gets an emotional support dog to help deal with his anxiety.

Larisa Oleynik is portraying the character of Karen Ferris, the mother of Noah, a lawyer by profession. The other notable cast includes Mauricio Lara as Simon, Sophie Jaewon Kim as Amara, Laurel Emory as Embry Ferris, Tom Everett Scott as Marvin Ferris, and Steve Zahn as Dude the dog. The Healing Powers of Dude season 1 premiered on Netflix on 13th January 2020 with eight episodes in total.

What is Larisa Oleynik’s Net Worth? Larisa Oleynik's net worth is estimated to be $3 million.
Source: IMDb

The teen idol of the 90s, Larisa Oleynik, began her career as a child actor. She first appeared on stage as Young Cosette in Les Miserables (1989). Her most significant breakthrough came in 1994 when she landed the titular role of Alex Mack in the Nickelodeon sci-fi series The Secret World of Alex Mack (1994-1998).

When it comes to the big screens, the actress starred as Dawn Schafer in a comedy-drama film The Baby-Sitters Club (1995). In the late 90s, she played the role of Bianca Stratford in 10 Things I Hate About You (1999).

Larisa Oleynik’s net worth is estimated at $3 million.

Is Larisa Oleynik married? Who is her husband? 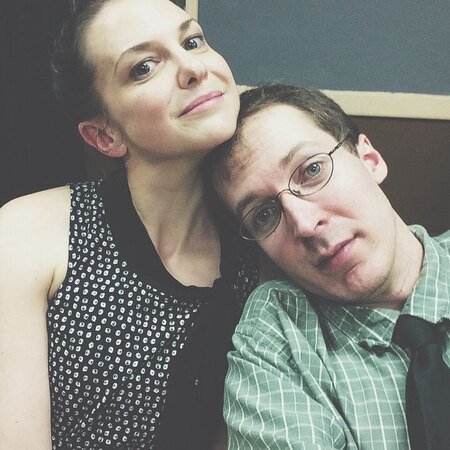 Larisa Oleynik is indeed a married woman. Her husband is named Olli Haaskivi, whose picture she often shares on Instagram. On 13th August 2017, Larisa took to Instagram to wish a happy birthday to her spouse, Olli. She wrote, “Pieces of a puzzle. Happy Birthday, boo.”

The 38-year-old is yet to disclose details of her married life. Although it’s unclear when the duo tied the knot, they appear to be together for a pretty long time. Moreover, the actress is yet to shed light on her family. Does she have kids? It turns out the facts about her children are anybody’s guess at the moment.

Larisa Oleynik is a relatively low-key person, so it’s kind of understandable she is reluctant to spill beans about her personal life. Besides the name of her husband (thanks to her Instagram), the entire details of her family and kids remain in the dark. Hopefully, this gorgeous actress discloses more info in the days to come.

Check Out: Bianca Stratford & Cameron James (10 Things I Hate About You)

Previously, the actress was in a relationship with a fellow actor, boyfriend, Joseph Gordon-Levitt. The couple’s dating efforts lasted four years from 1998 to 2002. The pair starred together in a romantic comedy film 10 Things I Hate About You (1999). Also, Larisa and Joseph starred as a romantic pair in an American sitcom, 3rd Rock from the Sun (1998-2000), during seasons 4-6.

Larisa Oleynik had a restraining order against a fan Larisa Oleynik received a restraining order against a stalker in 2013.
Source: Cinema Blend

Back in February 2013, Larisa Oleynik got a restraining order against one of her fans. The stalker was so obsessed that he even changed his last name to match hers.

As per TMZ, the actress claimed the guy began to harass her in July by continually calling her mother and leaving gifts at her mother’s apartment. Hathaway allegedly left a voicemail to Larisa, where he revealed his name change and the plan to propose her.

In a legal filing, Oleynik said:

I feel that I am being stalked. I am worried he is unstable and could snap at any moment.

The restraining order that lasted till January 2016 demanded Hathaway stay 100 yards away from the actress and her mother.