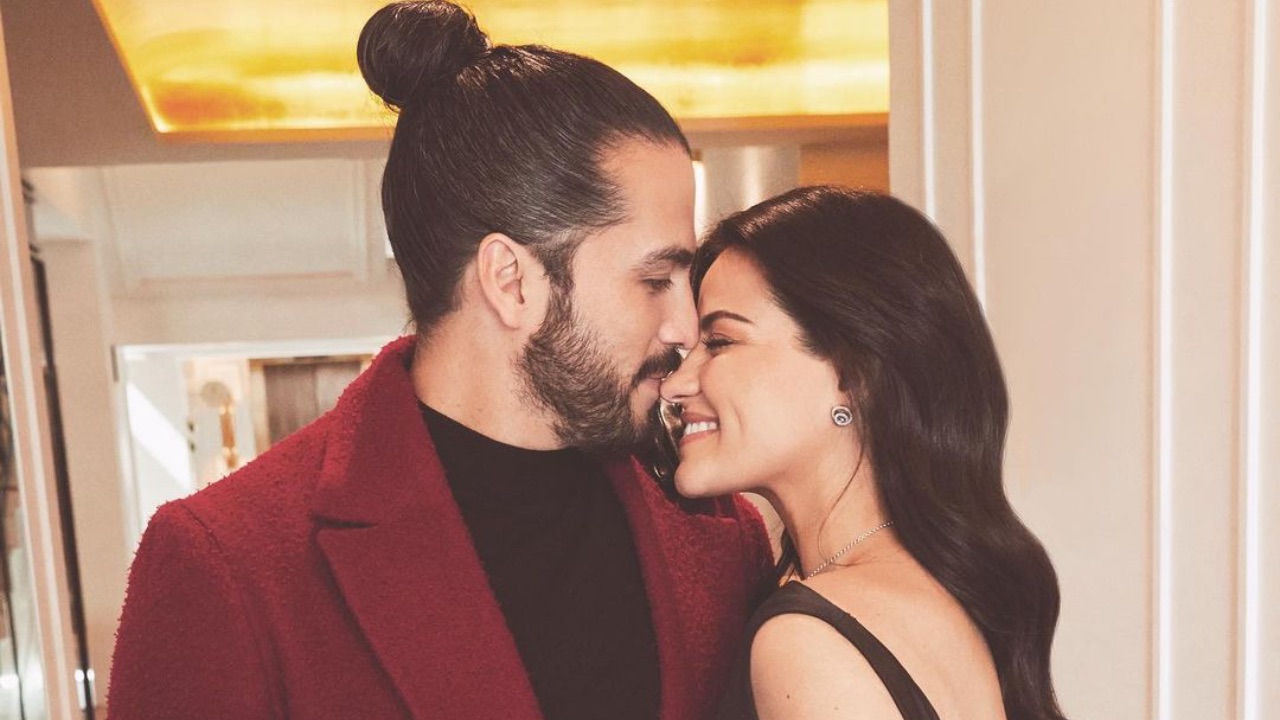 Maite Perroni is currently dating her boyfriend Andres Tovar. A lot of struggle and drama later the couple was able to make their relationship public. Learn all the relationship details of the Dark Desire star.

One of the prominent and happening Latina actresses, Maite Perroni is a well-renowned name in the realm of entertainment. Also a singer, songwriter, and producer, Perroni is now coming into highlights with her role in the Netflix series Dark Desire. As multi-faceted as she is, Maite is grabbing many's attention, moreover on who is her current boyfriend!

Born on March 9, 1983, in  Mexico City, Maite always had a passion for acting, art, singing, and dancing. Her career began at an early age when she appeared in many TV commercials and in some music videos. Eventually, the Mexican beauty also participated as a dancer in a Disney Channel show, making her big-screen debut. More than the saga of her career, many are curious to dive deep into her personal life. So, here's all we know about Maite Perroni's boyfriend.

Maite Perroni Boyfriend: Dating Andres Tovar Through All the Hardships and Struggles Maite Perroni is currently dating her boyfriend Andres Tovar. They have officially been together for over a year in 2022.
Image Source: Maite Perroni Instagram

To begin with Maite's relationship, the actress was in a long-term relationship with Chilean singer-songwriter and producer Koko Stambuk. The pair were together since 2013 and recently separated in 2020.

This brings us to Maite's current boyfriend. The stunningly talented actress has already overcome her heartbreak and is currently dating someone. Maite Perroni's boyfriend now is talented producer Andres Tovar. The couple themselves confirmed the relationship and are openly in love with each other as well.

Maite posted about her recent boyfriend and confirmed their dating through a post. In a heartwarming post, the actress wrote how the pair were blackmailed, harassed, and manipulated, and finally, with the permission of their lawyers, the two could make their relationship public. The details behind the whole issue are not known since Perroni asked the public to respect their privacy.

Maite Perroni made her relationship public on October 20, 2021, but the pair have known each other for almost 20 years. Beginning as good friends and staying connected for 20 years, Perroni and her boyfriend could have begun dating just after her breakup from a previous relationship in 2020. The pair has also been accused of infidelity since Andres too broke divorced his wife and soon after was with the stunning actress. However, the speculations have no base and none spoke on this matter.

In an interview with CARAS, the couple showed then disappointment on how their privacy has been invaded. "Our story was poorly told and was exposed in a disrespectful and unfair way," the couple exclaimed. “In life, the most important thing is to fight for your happiness. When you know what the truth is, you have the strength and courage to show yourself as you are. This is how we have done it because we have nothing to hide, and in the end, this has brought us closer together”, they further added.

Andres Tovar is a Mexican producer and production manager, known for his work in Sale el Sol in 2016, De Pisa y Correin 2019, Visita de Doctor in 2019, and many more. Tovar has also worked at Televisa in productions like Heroes del Norte 2 and Gossip Girl Acapulco and is currently in charge of the morning program, Sale el Sol de Imagen Television.

Andres seems to be openly expressing his love for Maite on his Instagram posts. In his very recent post, Tovar shared a picture of them both kissing with a gratitude note expressing how he'll be living the rest of his life with Maite. Similarly, in another heartwarming post, Perroni's boyfriend writes, "Soulmates aren’t just lovers, there is forever in these eyes. You are my favorite feeling ✨" The couple appears to be absolutely in love and their partnership is adored by many.

A Mexican thriller drama series produced by Argos Comunicación for Netflix, Dark Desire has been renewed for season 2 and is premiering on February 2, 2022. Starring Maite Perroni as the lead the series revolves around the story of Alma played by the actress.

Season 1 of the series was quite the hit! As per Netflix Life, 35 million viewers watched the first season of Dark Desire in its first 28 days, making it one of the most-watched non- English series. The story of season 1 progressed as Alma, who is married, spent a fateful weekend away from home that sparks romance, ends in tragedy, and causes her to doubt the truth about those she cares about. Season 1 was premiered on 15 July 2020 and quickly was renewed for a second season on  19 August 2020.

"The characters immerse themselves in their own past, to unravel, one by one, the secrets of their lives," Perroni shared her thoughts on the progression of season 2 with the Los Angeles Times. The release of the new season has many excited since it ended on a cliffhanger and is expected to return with a banger as seen from the trailer.