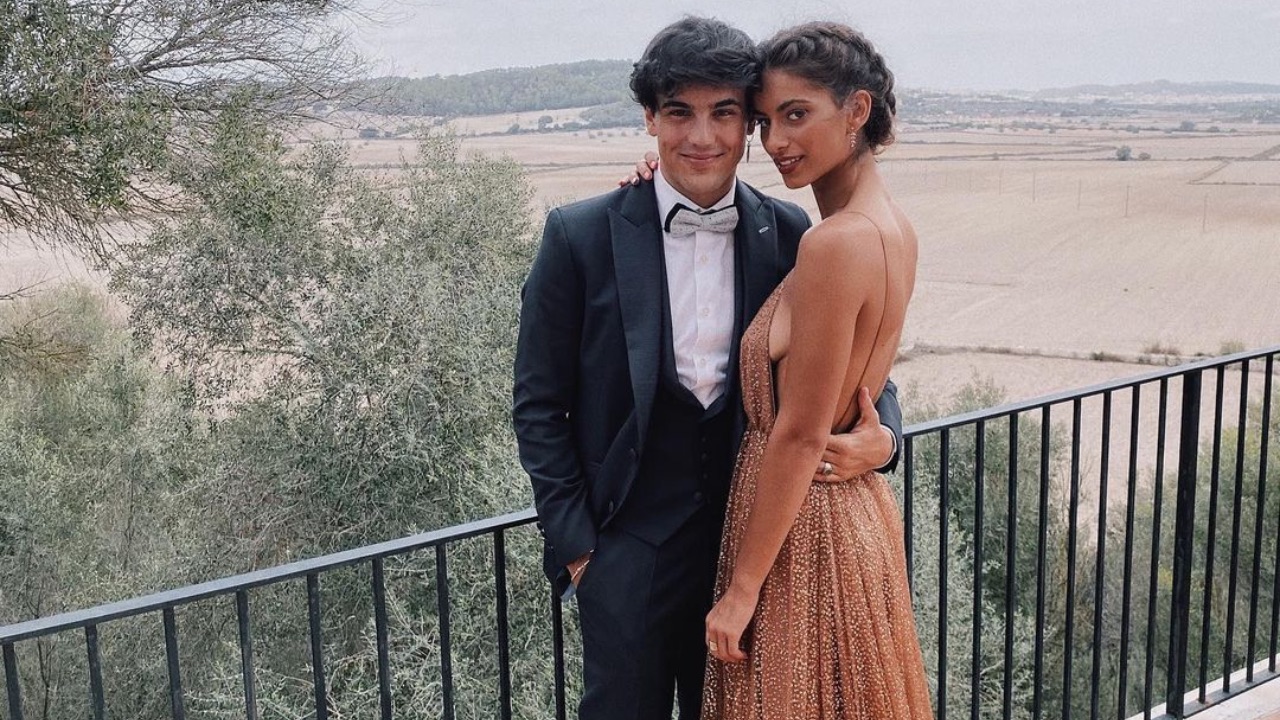 Óscar Casas is a Spanish child actor who has transitioned to a successful career on and off camera in the Spanish market. With millions of followers on social media, an already successful acting and modeling career, Óscar is slowly becoming Latin world's heartthrob. Starring in the latest Netflix movie Xtreme as Leo, the actor is geared for worldwide recognition. So, obviously fans will be looking for his girlfriend and for those wanting the actor all to yourself, we've got bad news for you.

The Spanish Actor was born on 21 September 1998 to his parents Heidi Sierra and Ramon Casas. He has four other siblings and the family lived in Barcelona, Spain with almost all of his brothers being involved in an acting or modeling career. Óscar himself started his career performing in commercials, later moving on to movies and TV shows.

By his tenth birthday Óscar Casas had a few movies under his belt and soon the actor went head first into his chosen career. Now at the age of 22 Óscar is a known commodity in the Spanish media with millions of fans following his every move. So, for them, it would be no surprise to hear the Catalan born actor is in a committed relationship with his long term girlfriend, for everyone else, here is everything you need to know.

Óscar Casas is Dating His Longtime Girlfriend Begoña Vargas in 2021 Óscar Casas is dating his girlfriend Begoña Vargas in 2021. They have been together for over 2 years.
Image Source: Instagram

Spanish actors and their relationship status are extremely interesting topics in the Southwestern European nation. With extremely good looking actors being the stuff of dream for the young population, the fervor is almost similar to that of celebrity status in South Korea. So, with three million followers on Instagram and many more on other social media platforms, Óscar's girlfriend and dating history has been of interest to fans for a few years now.

The Xtreme actor has been in a relationship for over 2 years, in three months he will celebrate 3 years together with his girlfriend and fellow actress Begoña Vargas. You just have to take a stroll through their social media feed to see all the snaps and videos they have shared over the years. From jumping out of planes to heart pounding dance routines, there are stuff that will make your heart pound in the duo's Instagram feed.

Óscar Casas is currently dating his girlfriend Begoña Vargas in 2021. The couple first started dating in 2019 and they celebrate their anniversary, every year on 29 September. It appears to be a special relationship that has lasted for nearly three years. So, for those fans hoping the actor would be single and they could shoot their shot, well, can't get more into a relationship than this.

Begoña Vargas is a 21-year-old actress from Spain who has appeared in Netflix show as well as few Spanish movies. She began her career as a dancer and has been dancing for over a decade, even training to be a dancer. Being active in the dance world, the actress also tried her hand in stage acting, later transitioning to a career in front of the camera.

In 2019 both Óscar and Begoña started sharing pictures of one another on their respective Instagram pages. Then after months of speculations, the couple made it official for all when they posted one year anniversary video of them jumping from a plane in Dubai. "The best experience of my life, with you. 1 year?," the actress captioned the sky jumping video.

Like everyone else in the world, the couple's second anniversary was spend in a room, on their bed, possibly watching Netflix. Begoña shared a video of the couple watching a movie together in 2020. In the pandemic the couple appeared to have spent their time together. Also, here is an awesome clip of Óscar  and his girlfriend dancing during a wedding to get you all in your feelings. More recently the actor shared vacation snaps of the lovebirds enjoying the summer in 2021.

Xtreme, or as it is known in Spanish, Xtremo is a revenge action movie featuring a former assassin who goes on the hunt of his own step-brother. After seeing his father and child get murdered, Max sets a plan in motion to get his revenge in this Spanish hard boiled action thriller coming to Netflix.

Óscar Casas plays Leo in Xtreme. As mentioned above and evident by the trailer, he is an assassin in training who is targeted by Max's brother. After his family is killed Leo comes together with Max and together they hunt down the person who killed both their families.

Xtreme is coming to Netflix on 4 June 2021. After success of Netflix action movies in Spain, this native language movie is certain to be a hit in the country. The streaming platform might just have an international franchise in their hands.