Sasha Pieterse, born on 17th February 1996 in Johannesburg, South Africa, is best known for her performance as Alison DiLaurentis in the teen drama series Pretty Little Liars. Her other notable role is the portrayal of Amy Loubalu in the Disney film Geek Charming (2011).

Pieterse was raised in Las Vegas after she moved to the States in 2001. Shifting to Los Angeles, she became familiar with the entertainment industry from an early age as her parents performed globally as an acrobatic dance team. The actress graduated in 2010 upon getting homeschooled. Sasha Pieterse with her husband Hudson Sheaffer.
Source: US Weekly

Sasha Pieterse tied the knot with her long term boyfriend turned fiance Hudson Sheaffer on 27th May 2018. The wedding was held at Castle Leslie in Glaslough, Ireland.

A few days ago I married the man of my dreams at a Castile in a faraway land in front of my closest friends and family…swoon ✨ I apologize in advance for the amount of wedding and honeymoon documentation to follow. @hudsonsheaffer @ohwowhoney

The couple who were childhood friends told People,

We had the most magical day in Ireland. Our wedding was beyond our wildest dreams.

Earlier, the duo got engaged on 22nd December 2015. The actress took to Instagram to share the wonderful news, revealing her boyfriend had popped the question in a beautiful place to which she delightfully replied ‘yes.’ The cute moments were all captured by Jonnie + Garrett. 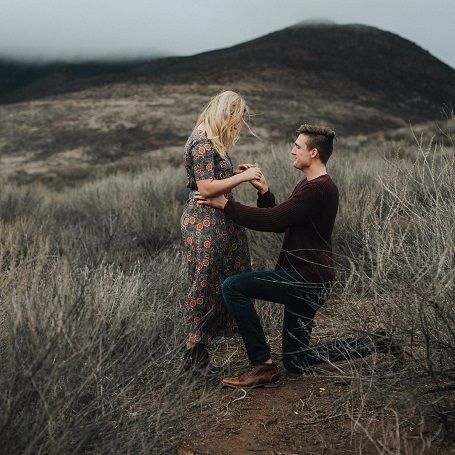 Hudson got down on his knee and asked Sasha to marry him.
Source: Hudson Sheaffer Instagram

On 27th March 2019, during the Freeform Summit, Sasha opened up about her plans to welcome kids exclusively with US Weekly. She said,

We are so excited for that next chapter. We’re not sure yet. Sooner, maybe, than later.

The actress opened up about her health problems

Prior to the season 25 premiere of Dancing with the Stars, Sasha disclosed the reason she was rapidly gaining weight. The actress revealed she was diagnosed with polycystic ovary syndrome.

Sasha only decided to publicly reveal this when fans started getting angry at her gaining weight, calling her names, and inevitably began to speculate she’s pregnant. Pieterse finally had enough and spilled out everything.

In 2017, Pieterse got emotional during an episode of Dancing with the Stars, where she opened up about her health issues.

I gained 70-ish pounds over two years. It was really, really hurtful the way people reacted. They were saying stuff like, ‘She’s pregnant.’ ‘You’re fat.’ They were angry, they were mad that I look like this. It was one of the hardest things I’ve ever been through.

The actress revealed she initially had no idea why it was happening to her and how to deal with the issue. It got easier for her when she became aware it was a hormone imbalance that was doing this.

The multi-talented Pieterse has immersed herself into modeling, acting, music, and dancing In December 2014, Sasha Pieterse made it to the cover of Bello Magazine. The following year, she featured on the 2015 issue of TeenProm Magazine.

The actress made her acting debut at just six years old in the CBS Sitcom Family Affair (2002-03) playing the role of Buffy Davis. In 2005, she made her film debut as Marissa / Ice Princess on The Adventures of Sharkboy and Lavagirl 3-D.

Sasha featured in a couple of movies in 2007. She played Young Sorrow in The Air I Breathe and Goth Girl in Good Luck Chuck. Two years later, she starred in 6 episodes of Heroes: Slow Burn (2009) and five episodes of Heroes (2009-10). In 2013, she played Fawcett Brooks in the teen comedy movie G.B.F.

Pieterse’s most prominent role to date came in the form of Alison DiLaurentis in 2010 on Pretty Little Liars alongside Janel Parish (Mona Vanderwaal). She played the character for seven years until 2017.

Sasha reprised her role in the sequel Pretty Little Liars: The Perfectionists (2019). Sofia Carson, as Ava Jalali, was one of the notable new editions to the series.

Away from acting, Sasha released her debut single This Country is Bad Ass on 12th April 2013. The singer, who describes her music as a hybrid between country and southern rock, released her second single R.P.M on 13th June 2013.

Pieterse subsequently released the third and fourth single I Can’t Fix You and No on 12th July 2013 and 10th December 2013, respectively.

The versatile personality submerged into talent show when she competed in the season 25 of Dancing with the Stars. Paired alongside her dancing partner Gleb Savchenko, she finished 10th after becoming the 4th couple to be eliminated on 16th October 2017.

Celebs In-depth is the place you wanna be for Celebrity Info and Juicy Details.