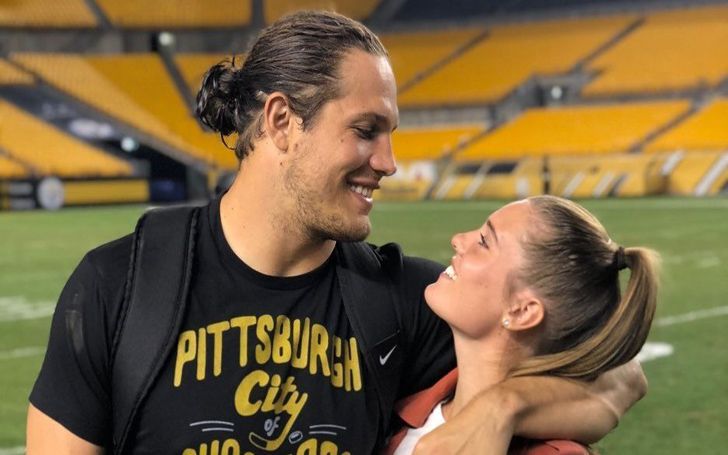 Anthony Chickillo and Alysha Newman were two years apart in the University of Miami, where she was the Pole Vault star, and he was a member of the football team. Sharing the same alma mater the in for the couple and they were in a relationship. Last week the Steelers were on a bye, and this was the reason why their backup linebacker was in Washington instead of Pittsburgh, and while enjoying a short getaway with his girlfriend, the whole thing turned ugly, and police got involved.

Getting Into a Fight Late Night and Getting Arrested for Assault Michael Chickello and Alysha Newman were in a relationship.
Source: Instagram

After playing just three games this season and getting sidelined by injury, the player needed a break, and the bye week was the perfect time to spend some time with his girlfriend and recharge his batteries. Anthony Chickillo and Alysha Newman decided to visit Washington, where they rented a room in the Woodlands Resort in Fayette County.

The couple was enjoying their time, and then they made their way to the Lady Luck Casino. Anthony and Alysha got into an argument at the table inside the casino, but it was not physical; they were just verbally fighting. The NFL player and the Canadian pole vault specialist took their fight to their room.

Watch: The video detailing the arrest of Chickillo and the assault

According to reports, after the couple got inside the room and then the verbal fight escalated. There are conflicting reports of what happened inside the room, according to Alysha Newman (from Pittsburgh Post-Gazette), Chickillo grabbed her by the biceps and “forced her against a wall and door of the hotel room.”

Newman punched her boyfriend on the head, and then he threw her to the ground. He also smashed her iPhone on the ground, and the Commonwealth Gold Medalist locked herself in the bathroom while she waited for the police to show up. 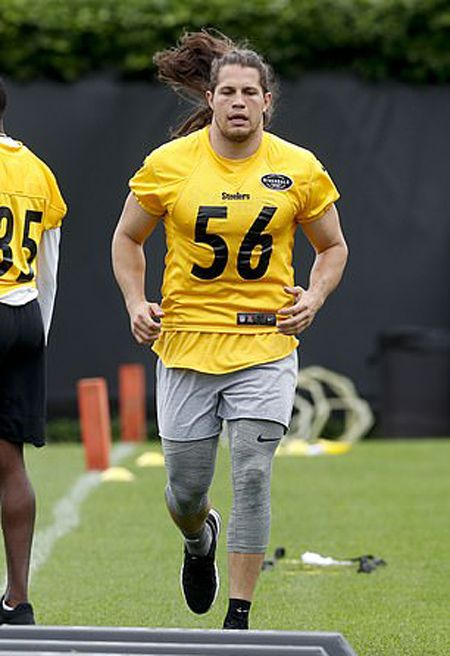 Anthony Chickillo was put on the commissioner's exempt list after the arrest for domestic assault.
Source: Feed

When the police arrived, Chickillo told them he threw her to the ground after she hit him on the head. After the preliminary check, the police found marks on both of Alysha’s biceps, which were turning into bruises, and they found no marks or bruises on the place where Newman hit her boyfriend.

According to the police, the incident took place at around 1:40 am on 21 October, and the Steelers LB was arrested a short while later without any incident. At the police station, the player was charged with assault, criminal mischief, and harassment, while Alysha was cited for harassment and was released. 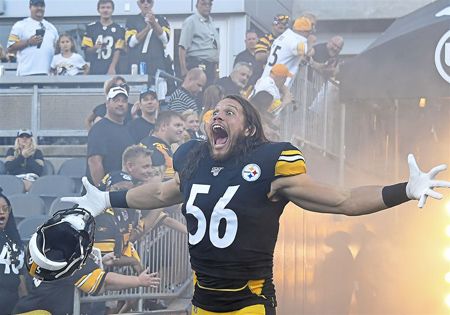 Anthony Chickillo was released after he posted the bail amount of $10,000.
Source: Pittsburgh Post-Gazette

Anthony was taken to court the same morning and presented in front of the District Court Judge Mike Defino Jr. at 7:40 am. The court set his bail at $10,000, and he was released as soon as he posted the total amount of the bond with the court ordering him to appear for his preliminary hearing on 30 October at 10 am.

The Aftermath of the Arrest 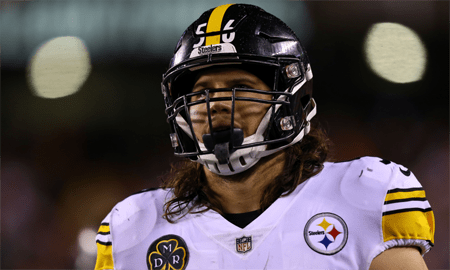 Anthony Chickillo was asked not to report to Steelers practice after his arrest.
Source: Steelers Wire

As soon as the arrest was public knowledge, Pittsburgh Post-Gazette reached out to the NFL organization. Burt Lauten, the spokesperson of Steelers, said, “We are aware of an incident involving Anthony Chickillo last night and are still gathering information. Until we have further details, we will not provide any further comments.”

The player was informed to not report for scheduled training on Monday, and the other players in the organization were asked to comment on the situation, but all of the players stayed away from the domestic violence controversy. After the arrest was public knowledge, the player was removed from Steelers' roster and placed on the Commissioner’s exempt list while the NFL conducted their independent investigation of the situation.

Michael Chickello arrived at the court for his hearing.
Source: Mail

The player was ordered to appear in the court on 30 October, which he did, and in the court, the former couple Anthony and Alysha’s attorney met and talked for 90 minutes in the presence of the officers who made the arrest.

After the discussion, the two decided not to pursue charges against one another and settle the whole thing then and there. “The two individuals involved have indicated that … they wish the best for each other, they have no animosity toward each other,” the DA prosecuting the case said. “Additionally, they’ve indicated to me they’ve both forgiven each other for what has happened. It was an incident where it was, in their opinions, blown out of proportion.”

Watch: The video detailing the dropping of charges in the assault case against Anthony Chickillo

When the charges on the player were dropped, he was also removed from the Commissioner’s exempt list, but the investigation of the NFL was still going. “Anthony Chickillo has been taken off the Exempt/Commissioner’s List by the NFL Office, effective immediately,” Kevin Colbert, the GM of Steelers said. “The League will continue to conduct an investigation of the incident, and we acknowledge that Anthony could still be subject to discipline by the League Office under the Personal Conduct Policy.” Alysha was silent all the while her boyfriend was arrested, and charges were filed against him. The Canadian National Record holder talked about how her choice of withdrawing the assault charges does not define her, and she reason she decided to drop the charges was to move forward and allowing herself “to heal, to forgive and grow stronger.”

The athlete also clarified there was no payoff or quid-pro-quo for her dropping the case. She said, “There were no payoffs, no behind the scene deals; there has been no contact between Anthony and I since the night of the incident. I do not condone domestic violence from males or females because it is not right, and I will forever stand behind that. Me withdrawing charges does not mean I take domestic violence lightly.” Alysha Newman is focusing on her training for the Olympics next year.
Source: Instagram

It seems the relationship between Anthony Chickillo and Alysha Newman is over as the former couple looks to focus on their respective sports discipline and put this whole incident behind them as they try to move forward with their lives.