Truett McKeehan was the 21-year-old son of the Christian Rap artist Toby McKeehan, or better known by his stage name TobyMac. Truett died in his home on 23 October, this Wednesday in his home in Nashville. He was the first child of TobyMac and wife Amanda McKeehan, who are also parents to their adopted twins Moses and Marlee, along with Leo and  Judah, who were all born before 2007.

Truett was born Truett Foster McKeehan on 4 September 1998, who lived with his parents and siblings in Nashville for the better part of his life, and then after school, he embarked on a music career of his own. The singer/rapper left home in 2017 to live on his own, and this was a hard time for the family because this was their first child to leave the nest. Being the son of such a huge star cast a huge shadow on Truett’s life while he was going through his own struggles, and he was making it in his own right in the music industry. Making songs and playing was his passion, which he did on his own, and the artist was making his mark as an independent artist, and he was taken away from his earth too soon.

How Did Truett McKeehan Die? What was the Cause of Death? 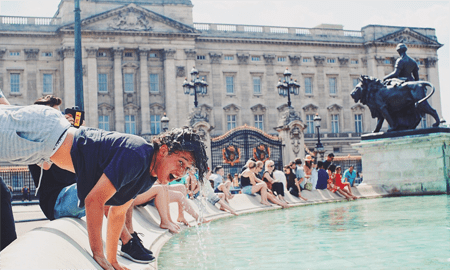 The rapper arrived at his home in 3000 Block of Harlin Drive and stayed in while no one heard from him, and at around 11 am Wednesday, a friend went to check on him and found him unresponsive, which prompted a call to the emergency services.

The 911 call was placed, and the Nashville Fire Department responded to the call. They arrived at the scene late Wednesday morning, and after an initial check, Truett was pronounced dead on arrival.

Doctors are still looking into the death of the rapper, and police are also opening an investigation into the circumstances of his death. The cause of death of Truett McKeehan is suspected to be cardiac arrest, which was the reason the fire department was called, and the real cause of death will be revealed when the autopsy is performed.

TobyMac’s Relationship with Son Truett McKeehan; The Song ‘Scars’ and the Meaning of the Lyrics

Truett was about 19 years old when he moved out of his parent’s house to live on his own, and this was a little hard for his parents with Toby even saying he wanted to protect his son from “life’s hardships.” It was hard as a parent for Toby and Amanda to let their son go into the world and struggle, while also trying to live a fulfilling life.

But they knew the importance of being independent, and Toby also wrote a song for his son, to let him know he is not alone and he will always be there for Truett. His son was gone and living in Los Angeles on his own, and Toby struggled with the fact Truett was “going and facing this world… To watch and see him get cut and get bruised, it’s not easy.”

Scars was Toby’s way of reminding his son; he’s always loved and never alone in the world. In the song’s lyrics, the singer also laid out his heart to the lack of contact from his son as he was trying to get set up in LA. “Now you won’t take my phone calls, You won’t text me back at all, I just wanna see you, I can’t stand to see you gone,” TobyMac’s lyrics went.

Toby and the entire family loved Truett, and the song was just a small portion of the love they all shared for him. The father and son respected one another, with Toby considering Truett a talent.

TruDog Rapper; Truett McKeehan Songs and His Rapping Career Along with HySociety

Truett followed in his father’s footsteps and got into the music industry himself. He was not signed to a label, and he was an independent artist making songs he loved and rapping about his life.

There are multiple songs on his YouTube page, and across all the monikers he got for himself, it was certain the singer was talented, and he knew the music he wanted to make. Songs like Wait A Minute, Villa Pl. Freestyle, and Im Not were some of his best outings.

Watch: The father-son duet on the song ‘LoudNClear’

But he was not only limited to his own music; Truett also appeared in songs alongside his father. The shared the mic on tracks Hype Man, Extreme Days, LoudNClear, and Gotta Go. 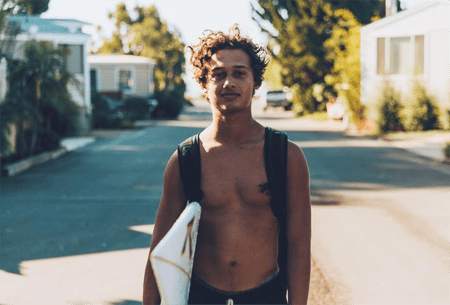 Truett Mckeehan was involved in the music industry he was focused on his career before his death.
Source: Instagram

The rapper was never involved in any relationship rumors, and at the time of his death, the singer was supposedly single. There was no girlfriend in his life, neither finance, though he was getting to the age where some people get married.

It seems the sole focus for Truett was in his career, and relationship with a girlfriend was probably not in the plans just yet for the rapper.

The last time Truett posted on Instagram was on 19 October 2019 when he shared two videos of the himself performing live for the first time. He posted the videos with the caption, “last night it all kinda came together… thank you to everyone who has supported me through the thick and thin.”

Now, this is the place where the entire fanbase of the rapper came together to pay tribute and say their goodbyes to the Nashville born rapper. There are almost 400 comments on the post now, and almost all of them are of the fans conveying their dismay and also their love for the artist. “Our hearts ache for you and your family. Rest easy,” one fan wrote in the comment section with another stating his dismay at hearing this unbelievable news, “I just woke up to this news….can’t believe it…prayers.” “Prayers up brother. Always jealous of the talent you had. Sorry for making you sign that autograph when you were 12. Rest easy buddy,” wrote another fan.

Our thoughts and prayers go out to the family of Truett, and we hope god provides the entire family with enough strength to get through these tough times. Rest in Peace, Truett McKeehan!

Before you leave, make sure to click visit Celebs In-depth for more Biography and Celebrity Life content on your favorite celebrities.