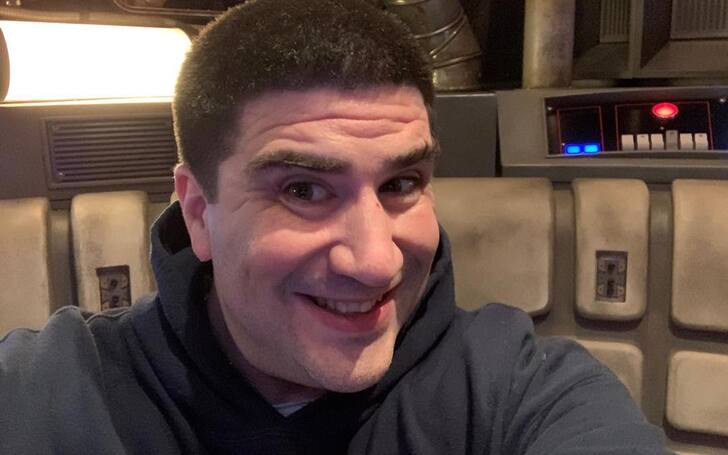 The Amazing Writers producer Adam Horowitz was born on 4th December 1971 in New York City to a Jewish family. He is well renowned as a co-creator of ABC fantasy adventure drama Once Upon a Time, starring Ginnifer Goodwin and Jennifer Morrison, alongside fellow writer and producer Edward Kitsis.

The screenwriter attended Hunter College High School, graduating in 1990. Later, he enrolled in the University of Wisconsin-Madison. Specializing in communication arts and political science, Adam graduated with a B.A in 1994. During his University days, the producer met his future career partner Edward Kitsis. Adam Horowitz initially worked as a writer and reporter and consistently wrote five articles for the Daily Cardinal student newspaper. From the off, there was something different about him that was easily noticed by the editors. He used to go for humorous leads and often picked unusual quotes in his articles about spearfishing and the Exxon Valdez oil spill.

Following his graduation, Horowitz traveled to LA with Edward Kitsis and worked together on several projects. The duo joined the team of an American drama series Lost halfway through the first season. They subsequently helped the writing staff win the Writers Guild of America (WGA) Award for their fantastic work in the first two seasons.

Watch: Once Upon A Time Season 1 Trailer [HD]

The pair’s most impressive work came in the ABC fantasy adventure drama Once Upon a Time. As per IMDb, the plot reads: “A young woman with a troubled past is drawn to a small town in Maine where fairy tales are to be believed.”

Horowitz and Kitsis came up with the concept of Once Upon a Time seven years before they began working on Lost, but they waited until the show ended to initiate their project. The duo also worked on the animated sci-fi series Tron: Uprising, for the initial four episodes.

Amazing Stories is a web anthology series created by Steven Spielberg that first hit television in 1985. The 2020 version is based on the same TV show from the 1980s.

One of the executive producers of the Apple TV+ show is Adam Wolowitz, who’s working alongside his long-time professional partner Edward Kitsis, Darryl Frank, Justin Falvey, and last but not least, Steven Spielberg.

Reimagining the anthology from visionary Steven Spielberg, "Amazing Stories," executive produced by Spielberg, will transport the audience to worlds of wonder through the lens of today's most imaginative filmmakers, directors, and writers. Adam Horowitz is married to his wife, Erin Barrett Horowitz. Although it’s unclear how long the couple’s been together, they look to be in a blissful marital relationship.

On 14th February 2019, the producer took to Instagram to express love for his partner. Adam wrote, “Happy Valentines Day to my Valentine!” Likewise, earlier on New Year’s Day 2019, Horowitz took to the picture-sharing platform to share an adorable picture of them having a wonderful time at Mai Tai Bar. The 48-year-old joked, “Don’t be fooled by the smiles. We are being held hostage by the Mai Tai’s. If you wish to see us again, please send rum. Soon.”

Since Adam Horowitz is pretty reluctant when it comes to spilling beans about his family life, details about his kids are in scarcity. It remains to be seen if this wonderful duo shares children in their life. Perhaps the Amazing Stories producer will shed further light on his personal life in the days to come.