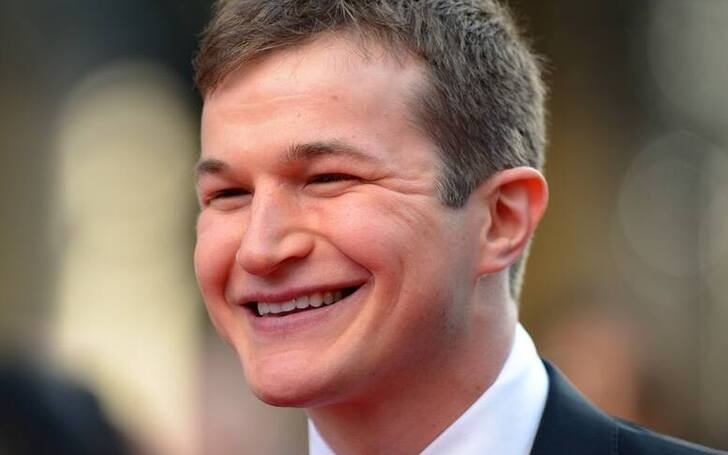 The actor's other notable role includes Alexei in San Andreas (2015). The same year he played Yuri/Dimitri in The Wrong Mans and Dmitri in Mortdecai.

Alec, who is fluent in Russian, Ukranian, and English, was born on 1st March 1986 as Oleg Volodymyrovich Khrapunov in Kyiv, USSR, Soviet Union, to parents Vladimir and Roza who still live in Kyiv. His father was a heart surgeon while his mother was a musical conductor. Besides, his brother Alan is an economist. The actor played the recurring role of Alexei in season 3 of Stranger Things. His character was a Russian scientist who was forced into working on the Key, the gates to the Upside Down underneath Starcourt Mall.

Utgoff's role grew throughout the season, primarily after he was held captive by Jim Hopper (David Harbour) and Joyce Byers (Winona Ryder).

Do Not Miss: When Will Netflix Release Stranger Things Season 4?

Meanwhile, Alexei seemed more like an extremely intelligent child in an adult's body. He would enjoy Slurpees and cartoons and was thrilled to join the Hawkins 4th of July Fun Fair. Moreover, he was delirious when he won the giant stuffed Woodpecker prior to his tragic death.

Fans were left in despair by Alexei's fate in 'Stranger Things' Alexei's death was tough to take for the fans.
Source: Mashable

Fans were devastated when Alexei bit the dust during the 7th episode of season 3. As a matter of fact, one fan, in particular, was in such despair, he even began a Charge.org petition for the character to be brought back in season 4.

During a Reddit AMA following the conclusion of season 4, the actor addressed his departure from the show. He was asked about his feeling towards his character's early demise. Utgoff said,

As the saying goes in Russia: 'All this life is meetings and saying goodbyes.'

Alec was subsequently asked if he was aware of his character's fate from the very beginning. His response was pretty clear - "I was aware and never regretted anything or wanted more. I was happy with what I had."

The actor couldn't be more delighted with all the love he received from the fans. He had not imagined in his wildest dreams he would end up getting such a massive reaction. He thought he would be content if he gained a few followers and some nice comments. Utgoff added,

What was really touching is that people sent me messages about how they resonated emotionally with the character. That was important to me because that's what I try to do.

Although the character Alexei is no more, he couldn't have left a bigger mark in his short time on screen. It's fair to say Alec Utgoff's fans have grown in millions around the world.

Does Alec Utgoff have a wife? Alec Utgoff does not have a wife nor children.
Source: Alec Utgoff Instagram

Alec Utgoff is pretty lowkey when it comes to his personal life. Despite fans wondering who his wife is, the best bet would be he's single at the moment. In fact, it could be a while before his married life begins. Going through his Instagram, there appears to be no hint of his relationships nor any dating endeavors.

The actor seems completely focused on enhancing his career in the Hollywood industry. Judging by the reception he received for his role in Stranger Things, there's no limit to how far he can go.

What is the actor's net worth?

Talking into account his acting career of over 9 years, Alec Utgoff's net worth is estimated to be $11 million. The majority of these comes from some of his highest-grossing films. Most impressively, San Andreas collected $474 million at the global box office while Mission: Impossible - Rogue Nation grossed $683 million worldwide.