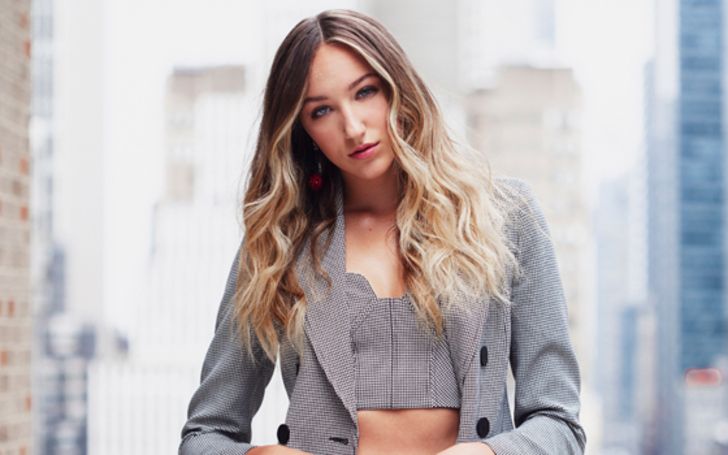 Ava Michelle, born on 10th April 2002, is an American actress best known for playing the role of Jodi in the Netflix movie Tall Girl.

Raised in Fenton, Michigan by her parents Rick Cota (father) and Jeanette Cota (mother), she went to JC's Broadway Dance Academy. Interestingly, this was owned by her mom that operated till 2017 before it got permanently shut down. She also has an older brother named Devon Cota. The entire family is proud of her growing success. Michelle attended Linden Middle School and began to receive formal dance lessons when she was just two years old, prior to switching to her mother's studio. Moreover, she was a part of the hip hop dance squad named Junior Detroit Pistons. The actress also excels in contemporary and ballet. In addition, she won Miss Pre-Teen Galaxy International in 2018.

Ava Michelle starred in the Netflix film Tall Girl that premiered on 13th September 2019. In the movie, she plays the role of Jodi Kreyman, a self-conscious 16-year-old girl who is the tallest student at her school standing at 6 ft 2 in (1.88 m). She often gets teased for her height and tends to find dating difficult.

After years of being made fun of and ducking attention whatever it took, Jodi finally embraces her skin and decides to stand tall. The movie released on Netflix on 13th September 2019. Ava Michelle first featured on Dance Moms in 2013 during the third season of the show when she was merely 11 years old. The talented dancer became a regular for the next four years featuring in 18 episodes.

During the fourth season of the reality series, she was a guest dancer of the ALDC "Select Team." Fast forward to 2019, and she toured the United States with her former castmates from the show.

Meanwhile, Michelle also made an appearance in the first episode of So You Think You Can Dance: The Next Generation in 2016. The actress revealed she was slashed off Dance Moms because of her height.

Watch: So You Think You Can Dance | Ava Cota Talks Being Kicked Off Dance Moms Because Of Her Body

Ava's other notable appearance in the small screens include The Bold and the Beautiful TV series where she featured in a couple of episodes in 2018. Many fans seem to be curious to know if Ava Michelle is as tall in real life as she is in the film Tall Girl. The answer is, yes. She is, in fact, 6 ft 2 inches tall, just like her character in the movie.

The actress has previously spoken about the bullying she received for her abnormal female height. To her credit, she looks to be embracing it, and this most certainly helped her land the leading role in the Netflix film.