Benjamin Hollingsworth’s Net Worth: Here’s How the Virgin River Cast Climbed the Ladder to Being a Millionaire! 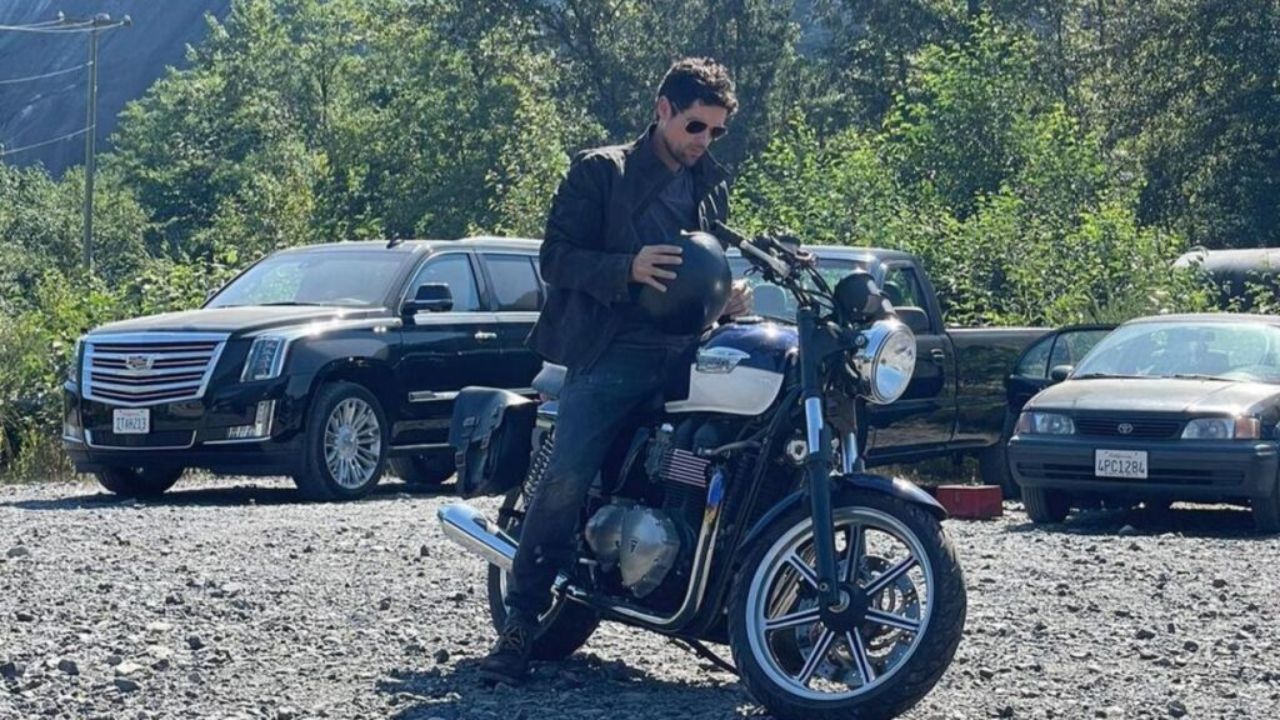 Benjamin Hollingsworth, one of the cast members of Netflix's Virgin River, has an estimated net worth of $12 million. Currently, 37 years in age, his movies, and TV shows have kept him in the limelight. Here's everything you need to know about Benjamin and his net worth.

Born in Brockville, Ontario on September 7, 1984, Benjamin Hollingsworth was always an enthusiastic and artistic person. He graduated from the National Theatre School of Canada (NTS), in a prestigious three-year acting conservatory program in Montréal, in 2006.

Soon after his debut, Benjamin was nominated for a Robert Merritt Award for his performance of Lance Corporal Dawson in Aaron Sorkin's A Few Good Men, in his first professional role under the direction of NTS alum Ted Dykstra. In place of theater, Hollingsworth turned his attention to cinema and television.

He soon established himself in the Toronto film community and started making appearances as a guest star on a number of well-known Canadian TV shows, such as Degrassi, Heartland, and HBO Canada's The Line.

Currently, he is in the spotlight after starring as Dan Brady in Netflix's Virgin River. With quite a successful career, fans are curious about his net worth. A successful actor who has worked in numerous popular TV shows and movies, here are all the details on Benjamin Hollingsworth's net worth.

Benjamin Hollingsworth’s Net Worth: The Virgin River Cast Has a Net Worth of Around $12 Million!

Benjamin Hollingsworth (@hollingsworthb) has an estimated net worth of $12 million. However, the figure is on the verge of increasing as the virgin river cast has been successful to prove his acting skills every year.

With his groundbreaking debut, Benjamin now had an entire universe of possibilities to explore. Benjamin's breakthrough performance occurred when he was cast as the lead in his first feature picture, The Joneses, starring Demi Moore, David Duchovny, and Amber Heard in 2010. The movie grossed a total of $29.9 million worldwide despite the budget being much more. As it was the beginning of his car

The Beautiful Life, a 2009 CW television series, was Benjamin's next project after The Joneses. Ashton Kutcher, the show's producer, chose Hollingsworth for the starring part of Chris Andrews, a fictional character loosely based on Kutcher's own experiences in the business. This boosted Hollingsworth's career and he was on to his stain of fame.

Benjamin Hollingsworth was shortly seen in a number of movies as well as TV shows. As Kyle Durant in the first season of USA's Suits, Hollingsworth had a notable appearance shortly after. He then went on to have many recurring appearances on the CW's The Tomorrow People, Cult and appeared as a guest character on ABC's Once Upon a Time.

By that time, it was evident that Benjamin Hollingsworth is out to get the world and his bank balance is also booming in millions. With his real state purchase of 1,641 square feet, 4 bedrooms, and 2 bathrooms in Toluca Lake, California worth $1.24 million, the Code Black actor's net worth is swimming in millions or maybe billions by now.

Including his million dollars worth of real estate, Benjamin Hollingsworth also has an exclusive collection of cars with some vintage ones as well. This ultimately adds more to the actor's net worth.

With his recent feature in Netflix's Virgin River, Benjamin's name and fame are on the rise! Being part of a series whose budget is worth millions, Hollingsworth is surely adding more to his assets with new projects associated with Hallmark. All in all, Benjamin Hollingsworth's net worth would sum up to around $ 12 million or more.

Here’s What Benjamin Hollingsworth Has to Say About Hallmark’s a Splash of Love!

Premiered on July 30, on the Hallmark Channel, A Splash of Love encompasses the love story of two hearts which include Benjamin Hollingsworth and Rhiannon Fish. A Johnson Production Group film, Hallmark's A Splash of Love was produced by Timothy O.  with his co-executive producer Juliana Wimbles along with supervising producer Oliver De Caigny. Heather Hawthorn-Doyle directed the movie from a story by Juliana Wimbles.

A Splash of Love holds the story of Chloe and Ben. Chloe is at one of Miami's best institutions, where she is halfway through her Ph.D. degree in marine mammalogy, the study of whales. Even though she works long hours in the lab, she enjoys nothing more than spending time on the water with the gorgeous animals. She doesn't have the opportunity as much as she would want due to her competitive sector.

When Chloe meets Ben, a whale-watching tour leader, they quickly discover that they have more in common than simply orcas. This sparks something between them. As per Benjamin Hollingsworth, A Splash of Love is about embracing nature and finding love in simple places. It’s a simple love story about two people connecting over a certain passion. While the show is loved by some, the rest believe that it could do much better and have mixed reviews.