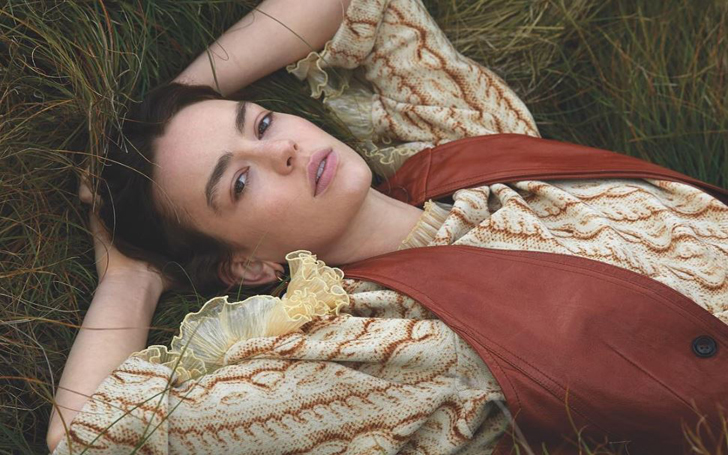 Atypical is not exactly the story of Casey Gardner, the character played by the magnificent actor Brigette Lundy-Paine, but as the story of the series progressed, every scene Casey was in, she was stealing the show. The show is the story of Sam Gardner, Casey’s brother, but by the end of season two of the hit Netflix show, it became apparent Casey was going to be equally consequential to the story being told on the show.

Considering Brigette’s been in the show business for less than five years, the actress was not only able to find themselves in the characters they played, but they were also able to mold into the role portrayed on the screen. This was the reason why Brigette was offered high profile and expressive roles, which can hold their personality. Brigette was born on 10 August 1994 in Dallas, Texas, to her parents, father Robert Paine and mother Laura Lundy, who were both performers and their profession rubbed off on the little Brigette who once dreamed of being a scientist. Brigette started their career in show business only when they crossed the 20-year-old mark, and by 25, Brigette is a famous Netflix star.

Casey Gardner Actress from 'Atypical' and the Rise to Fame 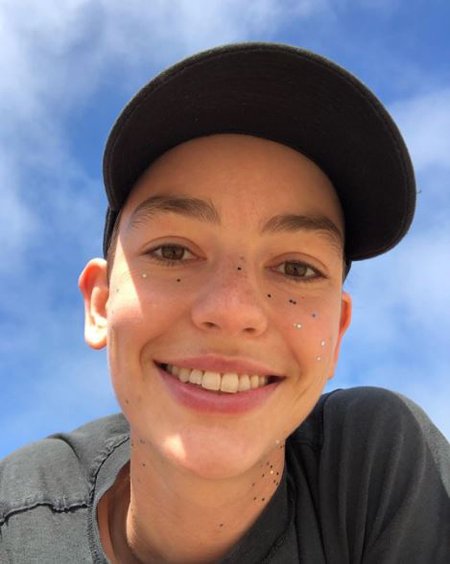 Brigette Lundy-Paine is known for her role in Atypical.
Source: Instagram

Casey is the sister of Sam, and she is the famous girl of the school. She’s got everything, her selection of friends, a jock boyfriend, and the adulation of the school, but as the show progresses, we see Casey struggle with her own emotions and her sexuality. There are feelings she cannot explain, and it is straining not only her school life but her personal life.

Watch: The trailer for the first season of Atypical streaming on Netflix

The character of Casey was particularly sidelined in the first season of the series, but she came back in season two and became almost everyone’s favorite with the way the season progressed and the way it fades to black in the beautiful final shot.

Brigette was made for the character of Casey, and season two and three were proof the show was not only about Sam finding his footing in the world but also about Casey knowing who she really is and coming to terms with her feelings and not suppressing it.

Brigette Lundy-Paine Movies and TV Shows; Appearing in 'The Glass Castle,' Her Career

Starting out, Brigette appeared in a TV movie which led them to Margot vs. Lily, a TV mini-series, which was Brigette’s first leading role. They appeared in all eight episodes, and Lundy moved on to their biggest project to date, The Glass Castle.

Based on the novel by Jeannette Wells, 'The Glass Castle' was the follow up to Short Term ’12, where Destin Daniel Cretton and Brie Larson joined forces for the first time. Though Glass Castle did not receive the same amount of adulation of their first work together, it was still a critically loved movie where Brigette played the character of Maureen, who was consequential to the story of the film.

Brigette followed up their appearance in The Glass Castle with a role in the sci-fi drama movie Downsizing starring Matt Damon, which all led the actress to her role of Casey in Atypical.

The actress is not slowing down, though, as she is set to appear in the based on real events drama Bombshell and also in the highly anticipated comedy/adventure/sci-fi movie Bill & Ted Face the Music.

Brigette Lundy-Paine and Fivel Stewart; Is She Engaged to her Partner? Brigette Lundy-Paine and Fivel Stewart were involved with one another in Atypical.
Source: Instagram

Fivel Stewart was hired to play the role of Izzie in the second season of Atypical, and ever since her arrival, there was something wrong with Casey in the series. Casey was happily in a relationship with her boyfriend when all of a sudden, Izzie was there, and Casey could not help herself from falling for Izzie.

For the entirety of the second season of the series, there was a lot of tension between the two, which was making the fans anxious. The will-they won’t-they situation was keeping the audiences on the edge of their seats when the final episode of the series arrived, and during the final moments of the season, finale Casey and Izzie were seen sitting inside Casey’s car as the two held hands and the second season ended.

Watch: The video of Brigette and Fivel sharing a kiss on Atypical

The third season started at the same spot as Casey leaned in to kiss Izzie, and then for the entirety of the third season, she was confused about what she wanted to do. She even told her boyfriend about her kissing someone else, but the underlying theme to the whole story was Casey finding herself and being true to who she is not and not trying to fit a mold she herself made.

By the end of the third season, we see Casey finally trying to come to terms with the fact she is gay, and considering Brigette identifies as queer in real life, it was art imitating life for them. Brigette and Fivel are not only great on-screen; they are also seen together outside of the show. Though the two are not dating, fans cannot gush about the chemistry between the two while some fans wish the two were a couple in real life too.

Brigette’s been linked with few ladies in the past, but they appear to be single and happy with the romantic situation of their life. We are not certain how Brigette Lundy-Paine started trending, but according to reports, the actress is single and not engaged or married to anyone. Brigette and Halsey were born only months apart, and they both rose to prominence around 2014-2015. Halsey started to post about her love for the series Atypical, and she also started to flirt with Brigette, which sent the internet into a frenzy, speculation whether the two were dating or not. Halsey and Brigette are not in a relationship, no matter how much we want them to slide into each other’s DMs. They should definitely date, and the duo would definitely make an adorable couple, but at this moment in time, we should all chalk this one up to wishful thinking.