Caleb McLaughlin’s Girlfriend in 2022: Is the Stranger Things Cast in a Relationship With Sadie Sink? 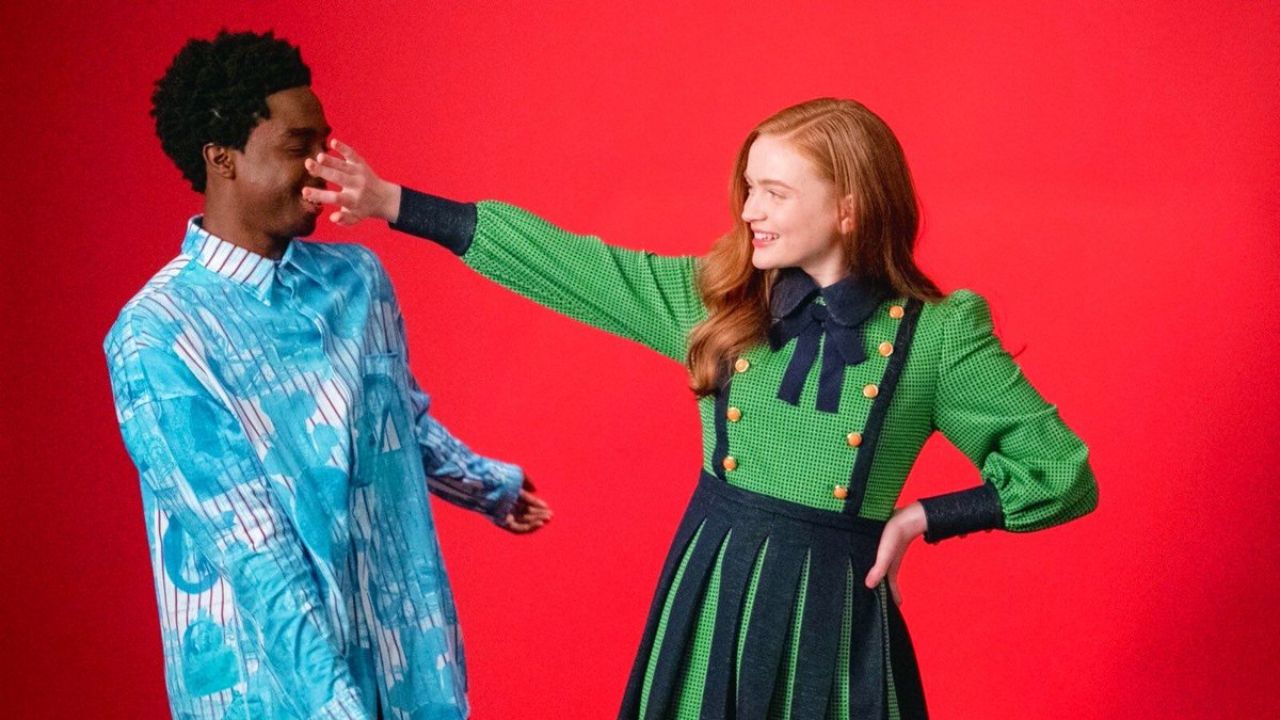 Caleb Mclaughlin, renowned as Lucas Sinclair in Netflix's Stranger Things, does not have any girlfriend and is single as of 2022. However, the on-screen romance between Caleb and Sadie Sink has grown across the seasons of Stranger Things after they shared an on-screen kiss in Season 2. Follow the article to know about Caleb Mclaughlin's relationship with Sadie in real life.

Caleb Reginald McLaughlin (born October 13, 2001) is an actor from the United States. He was born to parents Corey McLaughlin and April McLoughlin. Similarly, he has three siblings named Corey McLoughlin Jr., Caitlyn, and Crystal.

Caleb McLaughlin is most known for his role as Lucas Sinclair in the Netflix series Stranger Things, for which he received the Screen Actors Guild Award for Outstanding Ensemble Performance in a Drama Series. He made his feature film debut in Concrete Cowboy in 2020.

McLaughlin was raised in Carmel, New York. He attended Kent Primary School before moving on to George Fischer Middle School for a year. He spent a year studying dancing at Happy Feet Dance School in Carmel, New York, and then a year at Seven Star School of Performing Arts in Brewster, New York. He then attended The Harlem School of the Arts, where he trained under Aubrey Lynch, a former Lion King producer.

The American actor's first performing performance as a youngster was in the opera Lost in the Stars at the Glimmerglass Opera House in Cooperstown, New York. McLaughlin's first leading role was as Young Simba on Broadway from 2012 through 2015. He then appeared in television shows such as Law & Order: Special Victims Unit, Unforgettable, Forever, What Would You Do?, and Shades of Blue.

Caleb McLaughlin's breakout role came in 2016 when he played Lucas Sinclair in the smash Netflix series Stranger Things. McLaughlin made his feature film debut in Concrete Cowboy in 2020, with Idris Elba and Jharrel Jerome. The film had its formal global premiere on September 15, 2020, at the Toronto Film Festival, where it received critical acclaim and praise.

Stranger Things fans are presently on high alert as they are watching the fourth season, hoping to uncover any buried information regarding the star's love life. Other than this, Caleb McLaughlin claimed that the kiss he shared with co-star Sadie Sink at the end of Season 2 was his first kiss ever. And fans assumed they were dating in real life. So let's find out who is Caleb McLoughlin's girlfriend in 2022.

Who Is Caleb McLaughlin’s Girlfriend in 2022? Is He Dating Sadie Sink In Real Life?

Caleb Mclaughlin (@therealcalebmclaughlin) who portrays Lucas on Stranger Things stated that he is single in 2022. He is yet to have a girlfriend and is not dating anyone at present. On the other hand, he insisted on keeping matters close to the vest.

Caleb has never shown any signs of being in a relationship, however, he might simply be keeping things secret. However, allegations of a romance with on-screen girlfriend Sadie Sink, with whom they share a love relationship on Stranger Things, have circulated. Yet, it shows that they are working professionally on-screen.

The Stranger Things' characters have grown up in front of our eyes, right in front of the camera. The young stars physically grew up while filming the coming-of-age sci-fi series, so it's only natural that they've hit a few milestones during their time on the program.

One of those landmarks was actor Caleb McLaughlin's first on-screen kiss with his co-star Sadie Sink, his on-screen girlfriend. His first kiss occurred towards the conclusion of Season 2. Other than this, if Caleb would fall in love with someone in the coming days, he'll probably keep his love life secret. As previously mentioned, the social media star prefers being low-key about his personal life.

The Concrete Cowboy star doesn't have a girlfriend in 2022 and is concerned about his career. He has never been any part of rumors or scandals. He has been an enthusiastic participant in social media initiatives rather than dating a girlfriend.

Likewise, Caleb McLaughlin has advocated a positive body image to boost people's self-esteem. He raises awareness among his followers about accepting and appreciating their faces with his campaign EmbraceYourFace, and he encourages everyone to practice self-love through his campaign BeYourBiggestFan.

Caleb McLaughlin's net worth is estimated to be $3 million in 2022. He spent years practicing his skill and performing in the theater before landing the part of a lifetime in Stranger Things, for which he now earns a quarter-million dollars every episode.

The 5'8" tall entertainer has won roles in several blockbuster films because of his exceptional acting abilities. As a result, his money from his Hollywood profession is not surprising and well-deserved. McLaughlin's net worth will rise more in the coming days.

The young Netflix star has been an actor in the Stranger Things TV series since 2016. Furthermore, throughout his 9-year career, Caleb McLaughlin earns $250,000 every year on average. Besides acting, his character has also appeared in a gaming web series called Brawl in 2019. On the other hand, he has worked on a total of 12 TV series and is now working on one.

Likewise, the Soul Travel singer has been in two music videos for two separate artists, including Jimmy Fallon and Sia, in addition to the films. In November 2021, the artist releases his debut single, Neighborhood. It's accessible on all music streaming platforms and has approximately 134K views on YouTube.

To promote his tracks, the singer uses his YouTube account. Music videos, teasers, studio recordings, and live speeches are among his uploads. Furthermore, his Youtube channel has 21.7k subscribers. McLaughlin is also a frequent Instagram user. He has 12m followers on the network, where he often shares stylish stuff. Social media earnings also contribute significantly to his net worth.

Similarly, Caleb McLaughlin has expressed an interest in fashion. He frequently wears Reebok, Ksubi, Bianca Chandon, and other brands. Caleb earns a massive from brand advertising and sponsorships. He has also been on several magazine covers and walked the runways. As a result, the Hollywood celebrity must be living a nice life. We wish him more success in the upcoming days.