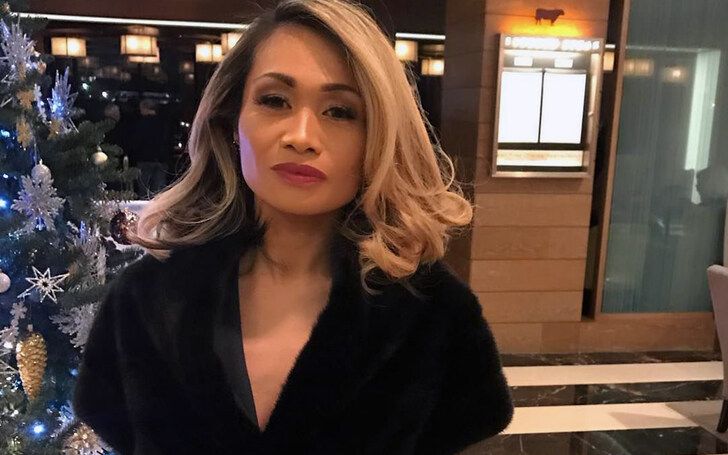 Elaine Chappelle's parents moved to the United States from the Philippines very early into their married life. Subsequently, Elaine Chappelle was both born and raised in Brooklyn, New York.

Elaine, born on 31st August 1974, grew up with traditional Christian beliefs. She is a housewife by choice who gave up on one of her dreams to look after her family. Dave Chappelle is married to his wife Elaine Chappelle since 2001.
Source: The Netline

Dave Chappelle tied the knot with his wife, Elaine Chappelle in a private ceremony in 2001. Belonging to a differing religion (Dave being Muslim), one can only imagine the type of wedding they might have had.

Earlier, the pair met in Elaine's hometown, but their love story was anything but a fairytale. It's widely reported Elaine had a hard time falling for Dave. On the other hand, Dave was pretty much head over heels for his future partner.

Elaine's never been fond of fame and spotlight while she prefers to maintain as much distance as possible from controversies. Because of this mindset, Dave was anything but an ideal boyfriend for her. However, as she got closer to him, she began to see the person Dave truly was. 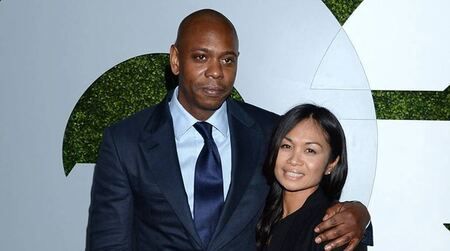 Despite his life in the open, Elaine eventually fell for him after she appealed to his amazing personality away from the cameras.

Meanwhile, Elaine has carried on her values even after marriage. She is rarely seen in public. In fact, she does not even have social media accounts.

As much as she is not fond of public appearances, she is always seen by her husband's side whenever it matters the most. As a matter of fact, the lovebirds made their first public appearance at the annual Philippines-American picnic in Dayton, Ohio in 2010.

The couple is undoubtedly enjoying a blissful married life of nearly two decades. As for Dave, he is smashing his career as a stand-up comedian too. 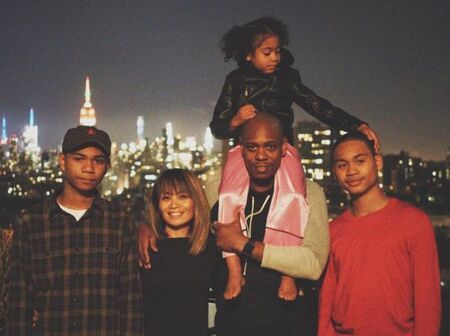 Elaine Chappelle carried the dream of becoming a professional chef in the early years, but she put a halt to this pursuit when she welcomed little bundles of joy into her life.

Even though his spouse did not make it as a pro, Dave leaves no shortage of effort to display his appreciation for his talented wife.

She doesn't work as a professional chef, [but the kids] regularly eat like kings at home, thanks to her excellent culinary skills.

Despite the couple's extremely private life, it is well known in the media and amongst fans that they share three children. The two eldest kids are both sons, Sulayman Chappelle and Ibrahim Chappelle, the former being the older one. Likewise, their youngest offspring is a daughter named Sonal Chappelle.

Back in 2014, during his performance at the Radio Music Hall, he made a rare reference about his family and joked about his wife and children who were all in attendance.

My wife is Asian, and my kids have somehow turned out to be Puerto Rican.

Fast forward three years, the comedian during his Netflix special in 2017 expressed humor on the shock realization of his eldest son smoking weed. "That s**t broke my heart," he bantered.

The couple lives in a quiet little town of Ohio 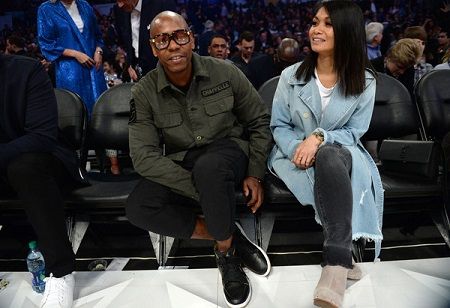 One of the rare public appearances of Elaine alongside Dave at the NBA All-Star Game in 2018 at Staples Center.
Source: Pinterest

Despite Dave's incredible wealth, the family prefers to live away from Hollywood. The pair moved to Ohio in 2005, where they live in a small peaceful town carrying only a few thousand in population. The duo decided to settle their house there following an amazing reception from the local residents.

Back in 2006, Dave had the kindest message for the residents of his town. The comedian said,

Turns out you don't need $50 million to live around these parts, just a nice smile and a kind way about you. You guys are the best neighbors ever. That's why I came back, and that's why I'm staying.

It goes without saying the couple is enjoying a low-key yet joyful life together.

Do not forget to visit Celebs In-Depth to check out several interesting Biographies and Celebrity Life content.