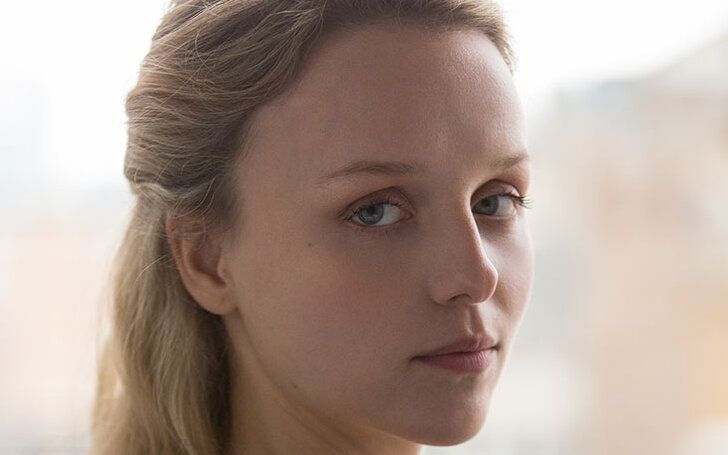 Georgina Beedle is a rising actress best known for Apocalypse Pompeii (2014) playing the role of Mykaela Pierce. Likewise, she featured in Tank 432 (2015) as Prisoner and Petroleum Spirit (2015) as Bubble Girl.

The actress played several parts at the Guildhall School of Music & Drama. She carries a good experience in stage, feature film, and television. Moreover, she’s served as a member of the National Youth Theatre. Beedle boasts a variety of skillset. Carrying a typically British RP accent, she’s an energetic singer with an alto vocal range. Moreover, she excels at ballet and 20th-century dance.

The up and coming actress Georgina is striving to stamp her presence in the television industry with the portrayal of Princess Natalia in the brand new British-American miniseries, Catherine the Great (2019).

Some of the other cast includes names like Helen Mirren, who plays the title character Catherine the Great, Jason Clarke as Grigory Potemkin, Rory Kinnear as Minister Panin, Gina McKee as Countess Praskovya Bruce, and Richard Roxburgh as Grigory Orlov. Likewise, Prince Paul is played by Joseph Quinn, Court Fool by Clive Russell, and Alexi Orlov by Kevin McNally. Meanwhile, the story follows the transition to the modern day-Russia amid all the scandals and conflicts. Russian empress Catherine the Great develops a strong relationship with Grigory Potemkin as the duo paves the way for a new beginning.

The series premieres on 21st October 2019 in the US, whereas it released early on 3rd October in the UK on Sky Atlantic.

A brief look at the actress’ career so far Georgina Beedle made her television debut with Casualty in 2012, playing the role of Gemma Edmonds. She appeared in season 26, episode 23, titled Love Is. A year later, she featured as Young Stella in the Netflix detective drama Midsomer Murders (2013). The same year the actress played Sarah for a single episode in Vicious (2013).

In 2013, Beedle made appearances in a couple of episodes of British medical comedy Doc Martin playing Bevy Girl. Fast forward a year, and she featured as Mykaela Pierce in the disaster film Apocalypse Pompeii (2014). Moreover, she played Joanna Stephens in the drama series Silk (2014). The actress’s biggest year was arguably 2015 when she starred in a couple of movies. Georgina played the role of Prisoner in the psychological horror Tank 432. Her other notable film was Petroleum Spirit, where she portrayed the character of Bubble Girl.

Following a four-year hiatus, Georgina made her return through the small screens in the form of Catherine the Great (2019).