Jacob Bertrand is known for his spiked hair and angry fighting nature as Hawk in the Netflix series Cobra Kai. His turn as Hawk is what most fans know the young actor from but Jacob himself is different from the character he plays. He is talented, not a hothead, and currently dating a beautiful girlfriend who keeps him centered.

The Hawk actor from Cobra Kai got his start in show business at the age of six. Though primarily limited to appearing in uncredited roles, the actor soon found steady supporting roles in TV and movies. With Cobra Kai becoming one of his first main cast roles.

Cobra Kai was a YouTube Red series but Netflix recently acquired the program bringing it to an even wider fanbase. Jacob Bertrand is on the cusp of international stardom on a massive scale which means people will be interested in his personal life. So, here is everything we know about Jacob Bertrand’s girlfriend. 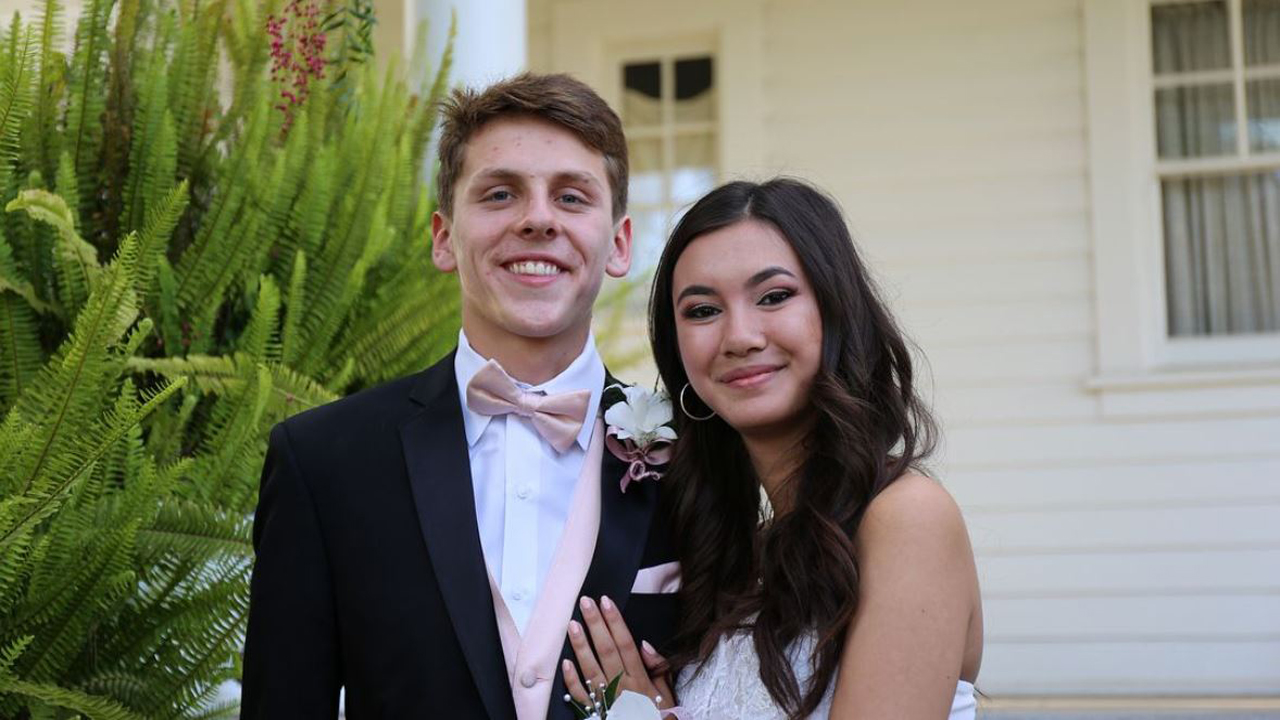 Jacob Bertrand is dating his girlfriend Serena Pullen, they have been together for more than four years.
Image Source: Jacob Bertrand Instagram

It is important in life to have a stable relationship with the people closest to you. Even more so with your partner because a sound relationship gives way to a healthy career outside of the house. Something we are seeing benefiting the young actor Jacob Bertrand.

He is currently dating his girlfriend of over four years, Serena Pullen. The couple has been together for more than two years and Jacob keeps mentioning her as a centering force in his life. There are ample pictures on his social media page to show the affection and love Jacob has for his girlfriend.

The couple celebrates their anniversary every year on 24 June. In 2018 Jacob wrote, “Even though you like blake more than me, and you steal my blankets, I love you with all heart. Happy anniversary Serena.” Serena is also in the comment section telling him how much she loves him.

There are also other pictures on his Instagram page where Jacob lets everyone know how much he misses his girlfriend. You just have to scroll through his Instagram grid to find the perfect couple together and happy in each other’s company.

Jacob’s girlfriend Serena also visited the set of Cobra Kai during filming. You can also find pictures of the actor alongside Serena during his high school senior prom. Serena was Jacob’s date to the prom in 2018. But the odd thing is the last time Serena appeared on Jacob’s Instagram page was in 2019.

Also Read: Luke Macfarlane Boyfriend – Who is the Hallmark Actor Dating in 2021?

We have not seen pictures of the couple together for a while now. This does not mean they are no longer together, but signs do point to the conclusion. His girlfriend’s Instagram is private and Jacob himself hasn’t said anything about his current relationship. This leaves us to assume that Jacob and his girlfriend Serena are still in a relationship.

Cobra Kai is a recent Netflix acquisition from YouTube Red. The show premiered two seasons on the video-sharing platform, later moving to Netflix and the streaming giant getting the exclusive rights for the third season and beyond for the franchise.

The show is based on the Karate Kid movies released in the 1980s. Three movies in total were released and another spinoff film was also produced. Cobra Kai is the continuation of the original trilogy as the main characters get old and their kids carry on the tradition of their parents.

Jacob Bertrand plays Hawk in the Netflix series. In the beginning, Hawk is a shy and reserved kid who gets bullied because of his appearance. But soon he discovers Cobra Kai through his friend Miguel and the two take on the “No Mercy” mentality of the dojo.

By the end of the first season, Hawk is fully transformed, getting rid of his name Eli and doing whatever it takes to win. The character is one of the most beloved characters in the show early on but there are differing opinions about him now heading into Cobra Kai season 3.