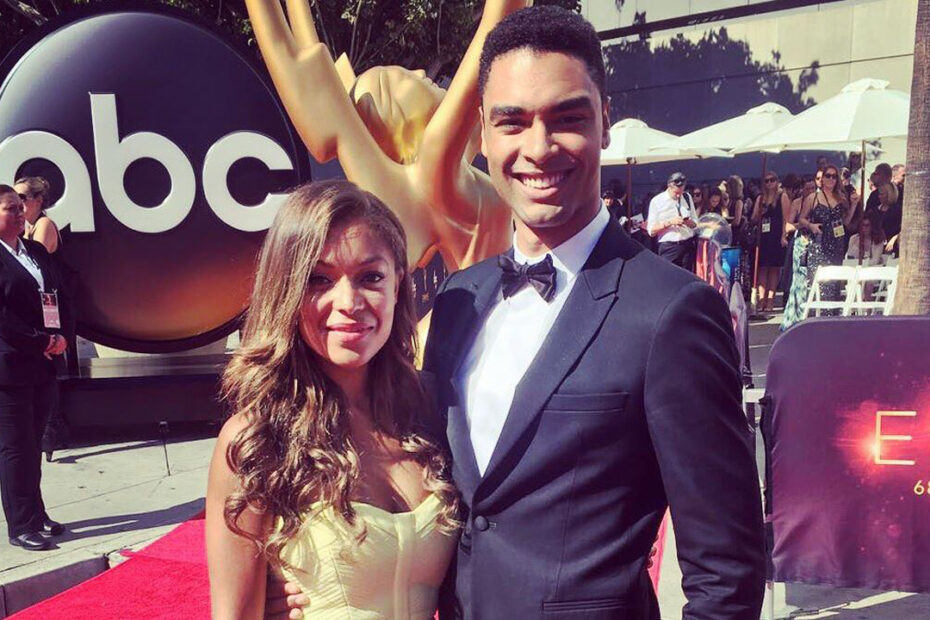 Rege-Jean Page is a 30-year-old British actor from Harare, Zimbabwe. He rose to fame with the starring role in the courtroom drama series For The People and next will star as Duke Simon Basset in the Netflix series Bridgerton. But before we get into the career of the actor, fans want to know if the actor has a girlfriend.

The British actor started acting from the age of 14, soon after arriving in London, starring in a short movie and appearing in the British soap Casualty. After finishing his education the actor moved to the States and appeared in the remake of Roots.

Now with the actor appearing in a show set in Regency London, there is growing interest to know about the relationship status of the actor. People want to know if the actor has a girlfriend and we have got all the details about the current availability of the actor. Rege-Jean Page was dating his girlfriend, Antonia Thomas, according to the rumors in 2016.
Image Source: Google

Rege-Jean Page started acting in the United States in 2016 when he was hired to appear in the History channel remake of the Roots. He played the character of Chicken George in the show. The show was a success and even landed some Emmy nominations.

During the red carpet, Antonia Thomas was seen along with Rege-Jean Page. Antonia being Rege’s girlfriend was a rumor that started during that time. The duo was also spotted together during the premiere of the Disney movie Queen of Katwe.

Antonia Thomas is also a British actress and she was hired to appear in the action/thriller movie Survivor. Rege-Jean Page also played a minor role in the film and we think during the filming of Survivor is where Rege and Antonia met for the first time.

We scoured the Instagram page of both the actors but there was no sign of pictures featuring the other person. We are certain that Rege and Antonia are not dating currently but we cannot be sure if they ever were together in the past.

Other than some smoke about Antonia Thomas being Rege-Jean Page’s girlfriend, we could not find any other relationship news about the actor. It appears the handsome 30-year-old actor is currently single.

In 2017 Shonda Rhimes signed one of the biggest deals in television history when she agreed to work for Netflix. But for the past couple of years, there were no signs of a show coming from the deal. Bridgerton however had been in development for nearly two years.

Recommended: Fate The Winx Saga Cast Age – How Old Are the Netflix Stars in Real Life?

Based on the popular book series by Julia Quinn, Bridgerton is set in Regency London where mothers are vying to get their daughters a leg up in their pursuit to find a husband. And when a Duke arrives in the scene everyone set their eye on the reputed man and his family name.

The Duke is Simon Basset, played by Rege-Jean Page. Duke Simon Basset is besieged when he arrives in London and he forms a plan with an innocent but intelligent young girl Daphe Bridgerton, played by Phoebe Dynevor. The two decide to start a fake romance but things take a turn for the unexpected when a gossip queen plays her hand and the two start to have feelings for one another.