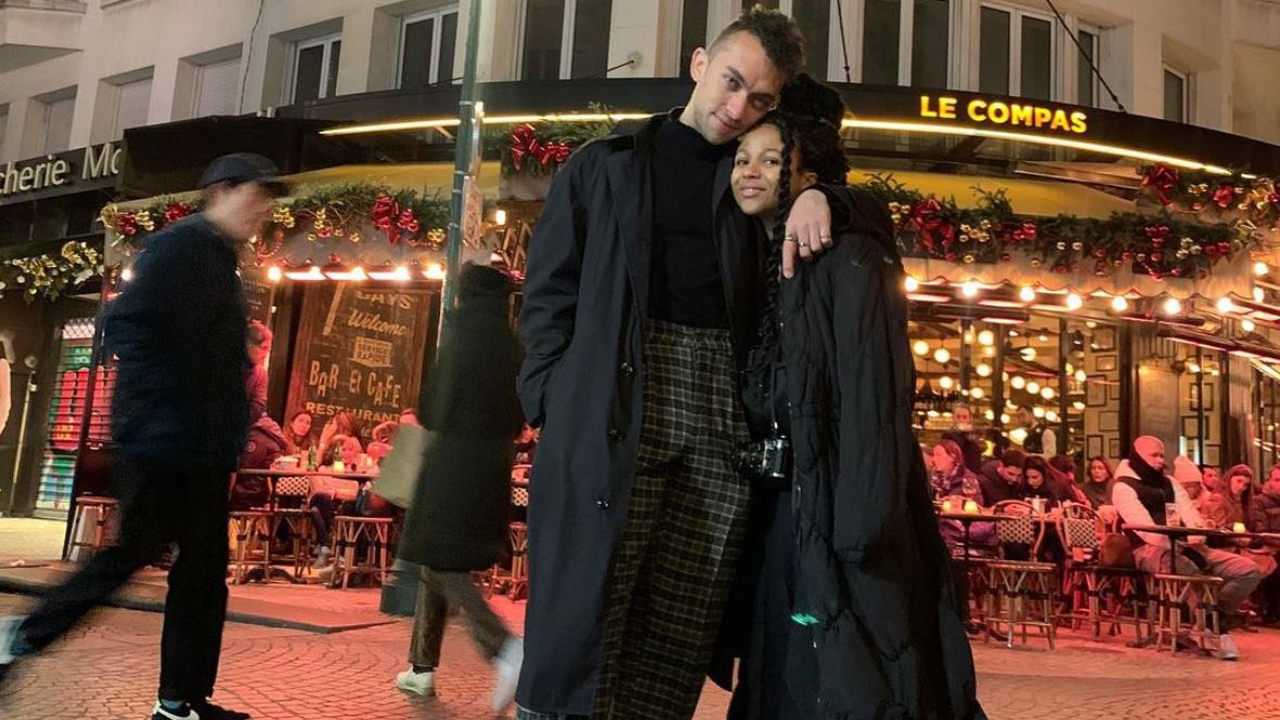 Myha'la Herrold wowed fans all over the world with her performance as Harper Stern in HBO series Industry. She was one of the lead characters of the financial drama series set in London. With the show coming to an end and season 2 coming soon, we are diving into Myha'la Herrold's relationship with her boyfriend.

After months of delay in filming, Industry finally arrived on HBO and the show brought along a fresh face ensemble cast. While the viewership of the series has not been up to par, HBO has already greenlit a second season and Industry was well-liked by the critics.

Myha'la Herrold was one of the few cast members who managed to wow the audiences and showed off a real look into the trading world. With the release of the show, fans have been wanting to know more about the cast of the series. So, here is the relationship detail of Myha'la Herrold with her boyfriend.

Myha'la Herroldis Boyfriend - A Man Cuts "Through the Noise" Myha'la Herrold is currently in a relationship with her boyfriend. Seen in the picture during their trip to France.
Image Source: Myha'la Herrold Instagram

Humans are social beings, we are not meant to be alone and maybe you do not believe in fate but there is one person you are going to click within your life. It seems Myha'la Herrold has found that one person who just clicks in her life, her boyfriend, confidant, love, and partner.

Myha'la Herrold is not out and about when it comes to her boyfriend, we found just the three pictures on her Instagram page, and after two hours of searching, we could not attach a name to the face. The first picture of Myha'la Herrold's boyfriend is from 5 March 2020.

The picture of a smiling man is accompanied by a single emoji caption, a heart sign. Then a month later, the same man is seen on a vacation with Myha'la Herrold in Paris. They are pretty cozy with one another and the actress captioned the picture, "U cut thru the noise."

While the picture of the couple's trip was uploaded on 3 April 2020, Myha'la Herrold and her boyfriend were not vacationing during the quarantine. The picture was taken during the New Year, and in April Myha'la was in New York.

It appears that the couple has been dating for at least a year now. But beyond those three pictures, we could not find any information on Myha'la Herrold's boyfriend. We will probably get the confirmation when Myha'la decides to open up more about her life.

After months of hindered shooting and delays, HBO was finally able to release the critically well-liked series Industry. The first episode of the show was directed by Lena Dunham and His Dark Materials creatives helming the show as showrunners.

Industry is a show about a group of young graduates who are pitted against one another to capture the Pierpoint & Co. permanent position. The HBO series shows the bottom to the top-level working of a London investment bank and also the competitive and destructive tendencies of the people who work there.

Myha'la Herrold plays the character of Harper Stern in the show. She is a talented graduate from the US who moves to London and after thorough screening gets to work at the firm. Harper is a stern figure who does want to make mistakes and does not care about making friends, it is all about making in a world dominated by people who do not look like her.