Hunter Doohan Boyfriend - Adam from Your Honor is Dating His BF Hunter Doohan is a 26-year-old actor currently playing Adam Desiato in the Showtime series Your Honor. He is appearing in the show alongside Bryan Cranston. With the show being lauded and the actor coming into the notice of millions of fans, we are taking a looking into the romantic life of Hunter with his boyfriend.

Currently living in Los Angeles, Hunter was asked to travel to New York for screen testing with Bryan Cranston. It was an experience of a lifetime to act with such an amazing actor. So, far this role in Your Honor has been the highlight of his career.

Hunter Doohan has been in show business for nearly a decade now. He started his career in 2012 and eight years later he is starring alongside Bryan Cranston. The journey has been a long and hard one but Hunter had one person with him in the past few years, supporting him, his boyfriend. 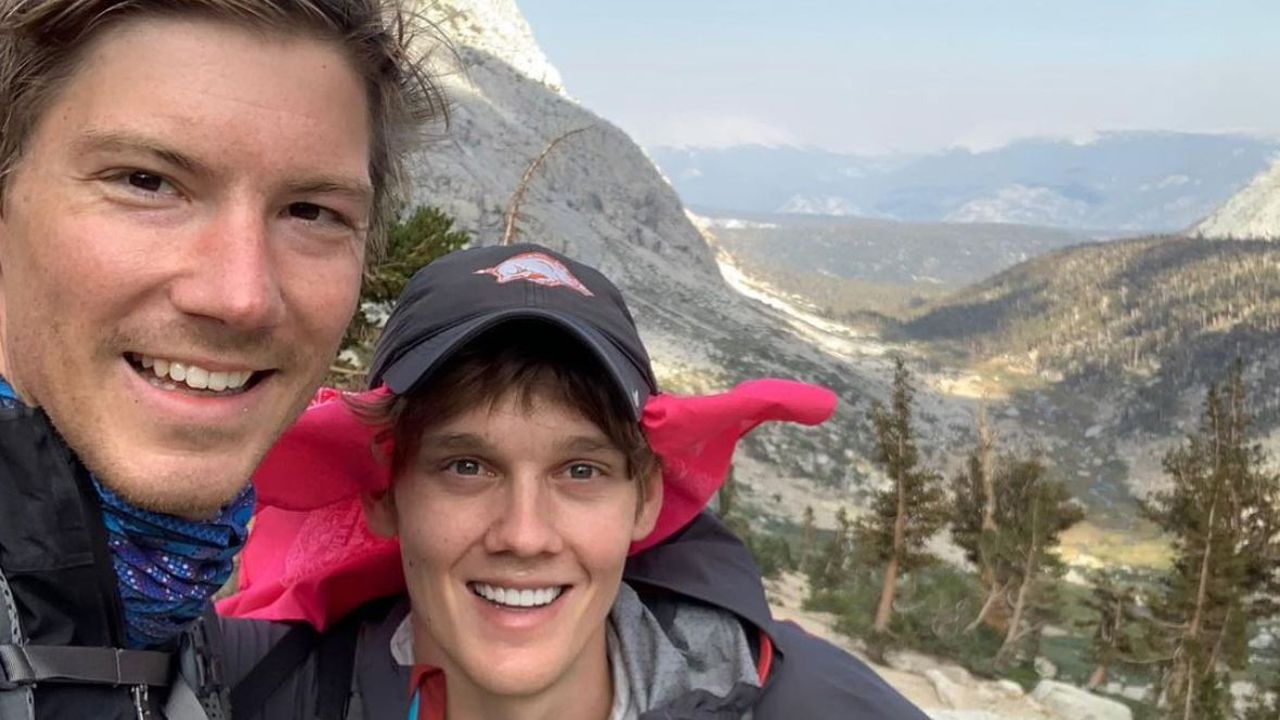 The Adam actor is not an avid social media user. He has social media channels but the actor primarily uses his social platforms to promote his latest project. Still, every once in a while there is a trickle of personal information on his social media page and on 1o June 2018 the actor showed off his boyfriend to the world.

The picture showed Hunter and his boyfriend Fielder going on a camping trip together. By the way Hunter wrote his caption, it seems he was not a fan of camping but being with Fielder changed his mind. There were also family members on the photo's comment section attesting to that fact.

Hunter Doohan and his boyfriend are a massive hit with the fans. In the two collection of pictures he has posted on his Instagram page, there are numerous comments saying how cure they look together. There are also pretty thirsty proposals in the comment section.

The second time Hunter posted pictures with his boyfriend was on 29 August 2020 when he showed off another batch of camping pictures. They duo appears to have trekked the mountains for a camping trip and Hunter seems to have come completely to the side of people who love camping.

The total post count of Hunter Doohan's Instagram page is less than 40. And there are only two featuring his boyfriend but whenever those two are together, it does look like they love each other very much. Even their families consider the couple cute and they definitely are.

Your Honor is the new crime/thriller from Showtime, featuing Bryan Cranston in the leading role. The series is based on the Israeli show Kvodo released in 2017. Your Honor was developed by Peter Moffat for CBS Studios and filming for the series began in September of 2019.

The new Showtime thriller stars Bryan Cranston as Judge Michael Desiato. Michael is a good judge who is struggling with the loss of his wife. On the first anniversary of his wife's death his son sets a shrine for her near the place she was killed and on his way back causes an accident which results in a young man's death. Michael takes his son to the police station but learning the kid is the son of a gangster, he decides to hide his son's crime.

Hunter Doohan plays Adam Desiato in Your Honor. Adam goes to the place where his mother was killed and on his way back, while reaching for his inhaler, he causes an accident resulting in the death of a boy. Adam wants to come clean but considering the boy is a son of a criminal, fearing his and his father's life the duo decide to hide the crime.

But as the web of lies and deceit pile up with criminal entities along with police piecing together the clues, Michael and Adam fight for their lives. The 10-part mini series is currently playing on Showtime with critical acclaim and fan approval abound.