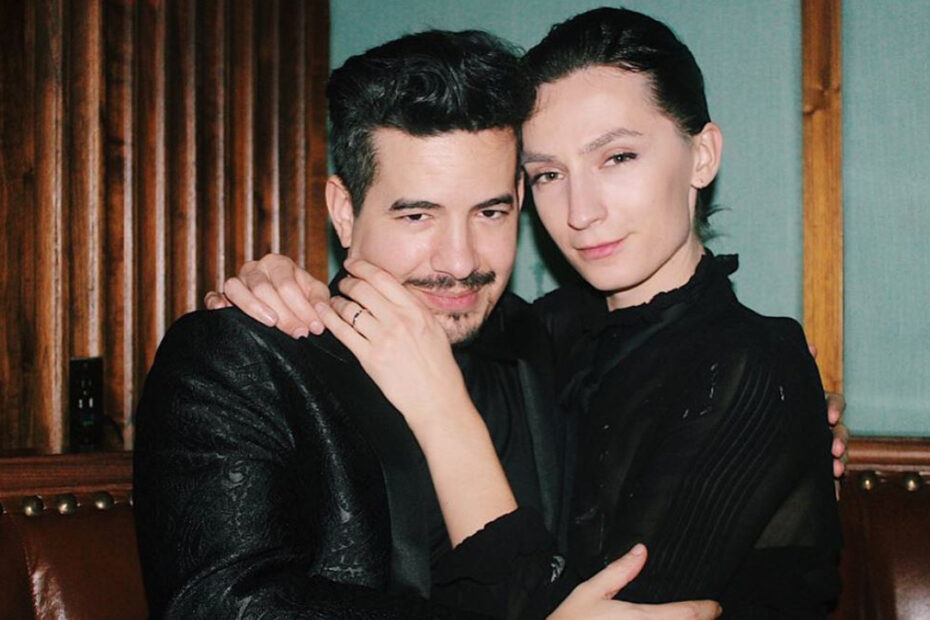 Jesse James Keitel became the first non-binary actor to star as a series regular in primetime television. They play Jerrie in the ABC series Big Sky. Their character was the talk of the town as people wanted to know more about Jesse. So, we will tell you who the actor is dating, their boyfriend, and their relationship status.

While Jesse has played queer and non-binary characters before, playing Jerrie in the ABC series Big Sky was a much bigger stage. Their character in the series is a non-binary aspiring singer who makes money by pleasuring truckers. But Jerrie gets in trouble when the truck they get into was that of a kidnapper.

Before the premiere of the show, Jesse spoke in length about the importance of representation in primetime TV. They were also proud of the opportunity and spoke about how the character was changed after they were hired. The show has made Jesse James Keitel and star and here are some things we know about their boyfriend. Jesse James Keitel was born in the 90s. They are from Long Island and Jesse came out as transgender non-binary a long time ago. Jesse James Keitel also has been in a relationship with their boyfriend AJ Lebenns for over 10 years now.

The couple met for the first time over a decade ago and started dating in May 2010. This year, during the quarantine, the lovebirds celebrated a decade together in a small and intimate dinner spent in each other’s company.

AJ Lebenns is not just Jesse’s boyfriend though. The beautiful duo recently got engaged. On 14 December 2019 AJ popped the question and one day later Jesse showed off their ring and how happy they are in being engaged to the love of her life.

While they are still not married Jesse and their boyfriend turned fiance are living together in New York City. They also recently purchased a 46-year-old Ford F-series and named it Laura Dern, after the Academy Award-winning actress.

Big Sky is the new 10-episode series from ABC which follows a private detective and an ex-cop who are hot on the trails of a kidnapper. Two girls go missing while they are on their way to a small town in Montana. This results in Jennie Hoyt and Cassie Dewell joining forces and finds a bigger ring of kidnapping happening in the area.

Cassie and Jennie are up against the clock as they know each day that goes by puts the girls in even more danger. The kidnapping is done by a truck driver whose job is to pick up sex-workers so they can sell the girls to Canada. But things don’t go as plan when the driver, in anger, kidnaps two traveling teenage girls.

Jesse Jame Keitel plays Jerrie in the ABC series Big Sky. Jerrie is the first person the truck driver kidnaps before nabbing the two teenagers. Jerrie is a non-binary struggling artist who gets into the truck of the kidnapper to make some money but they are kidnapped to be sold somewhere else.

Jesse James Keitel spoke about the casting process and how proud they were to represent non-binary people in primetime.  They said the character was changed a little upon their request from a “cis gay man who dressed in drag to turn tricks at the truck stop,” to a gender-fluid struggling artist trying to get to a better life. Their hope is to change some hearts and minds with the portrayal of the character of Jerrie.

The lead of the show Kylie Bunbury was also all praise for Jesse, saying, “First of all, she’s incredible. But she’s representing for nonbinary people, and for ABC to do this and to have Jesse, who is incredibly talented, I feel like that’s worthy of a cheer.”

Big Sky is currently on a break after the thrilling mid-season finale. Jesse James Keitel is promoting the hell out of the show and their boyfriend/fiance is also doing the same while they take care of one another during these trying times.