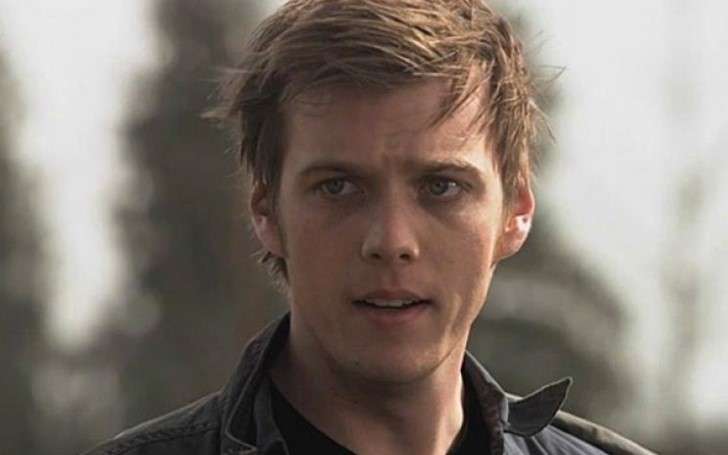 Jake Abel is an American actor and singer who was born on 18th November 1987 in Canton, Ohio as Jacob Allen Abel. His parents are Kim and Mike Abel, while he’s got a brother named Shaun.

The actor belonging to German, Swiss-German, and English descent is good friends with Kyle Gallner as well as The Host co-star Max Irons. Jake Abel tied the knot with his fashion blogger fiancée Allie Wood on 9th November 2013 in New Orleans, LA.  The couple was engaged for 11 months prior to their wedding.

The actor popped the question to his girlfriend on New Year’s Eve 2013 in Times Square. Abel revealed, “She turned around, and I was on my knee. It was amazing, man. Out of a million people, it was just the two of us.”

The Host star continued, “Three of my friends were taping the ball drop, and on 3-2-1, they all turned their cameras to us. Unfortunately, not one of them got the money shot!”

Jake revealed the couple had known each other for several years, but the timing never seemed right. The Supernatural actor stated, “We met when I was 17 and she was 19; I was a kid, and she was in a relationship.”

Perhaps this wonderful duo was always destined to be in each other's arms. Allie, meanwhile, is a fashion blogger who founded the site Style File Daily.

Jake and Allie made sweet music together

The couple created a band named The Mumblers in 2013. Subsequently, they released their first CD titled Black Magic on 29th March 2013.

The fact that the duo is involved in several fun activities together can be credited for their long lasting relationship.

Jake Abel played the role of Adam in Supernatural; set to return in Season 15

Jake Abel portrayed the character of Adam Milligan in Supernatural seasons 4 and 5. Moreover, the actor played the role of an unnamed ghoul in season 4 episode 19 titled Jump the Shark. He also portrayed Archangel Michael in the season 5 finale Swan Song.

Most recently, Adam appeared briefly in season 11 episode 10 titled The Devil in the Details. The fans have long wanted Adam to come back to the show. It looks like they’re finally getting their wish as he’s set to make a return in the final season of Supernatural.

Season 15 of Supernatural premieres on 10th October on the CW. Abel’s first role was in the Disney movie Go Figure playing the role of Spencer. He then landed a recurring role in the CBS Science Fiction series Threshold. Moreover, he had guest roles in Cold Case and ER.

During the 16th Hamptons International Film Festival, he received the honor of a Rising Star award in October 2008 for his performance in Flash of Genius. A year later, the actor appeared in the Peter Jackson film based on Alice Sebold’s novel The Lovely Bones. In addition, he secured a regular role in the web series Angel of Death, running for 10 episodes. Following his stint in Supernatural, Jake’s prominent role arrived with Percy Jackson: Sea of Monsters (2013) where he played the role of Luke Castellan. Similarly, he starred in Love & Mercy (2014) portraying the character of Mike Love.

Most recently, Jake featured in British black comedy-drama series After Life (2019). He played the role of Sasha Harrison for 10 episodes.