For horror fans, Jibrail Nantambu is a familiar name, or maybe they are just familiar with his amazing scene-stealing performance in the 2018 horror sequel/reboot Halloween. Jibrail played Julian in the movie, and his short but entertaining part was one of the standout moments from the well-done horror movie.

As the name would suggest, Jibrail Nantambu is from a Muslim family, and he was born in 2009 to his father Zül-Qarnain and mother Dominique. Jibrail was born and raised in New Orleans where he also continues his education in a charter school while maintaining a healthy career as a child actor in Hollywood.

Jibrail Nantambu by all accounts is an actor on the rise, someone who can think on his feet has impeccable comedic timing, and some, who is born ready to take over a performance. All the publications think Jibrail is one of the best child actors, and there is a bright future ahead for the little man—something he is carrying on with his performance in the new Apple TV Plus series Home Before Dark.

Home Before Dark is the new production from Apple TV Plus which tells the story about a little girl Hilde Lisko, played by Brooklynn Prince, based on a real person, who moves from Brooklyn to a small lakeside hometown of her father called Erie Harbor. The young aspiring journalist soon links a suspicious death of a town person to an abduction that happened decades ago, something the whole town and even her dad tried to hide and run away from.

Jibrail Nantambu plays Donny, a fast-talking, quick-witted and dexterous young man who is the first person in the new school to be friends with Hilde. He also stands up to the whole school with Hilde, her sister, Izzy, played by Kylie Rogers, and their new friend Spoon, played by Deric McCabe. As the series progresses, the three kids become good friends, and they also become the board members of Hilde’s news website. Jibrail Nantambu is amazing in the role, he is smart, articulate, and the perfect offset to the crazy behaviors of Spoon. It seems Apple TV Plus has its own Stranger Things (without the sci-fi part) on its hands and we recommend you watch Home Before Dark, you are home anyway, just watch some great kids act in a well thought out series. 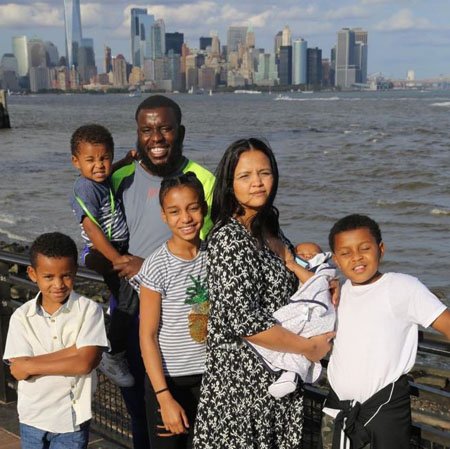 Most of the time the work of a kid is reflective of the surroundings they grow up in, and Jibrail Nantambu is no exception. Growing up in a devoutly religious home, which prioritized creativity, all the influences rubbed off on the young mind of Jibrail. His father Zül-Qarnain manages a boy-band called Tainerz and his mother Dominique is a graduate from the Savannah College of Art and Design.

Jibrail is the second of five kids of his father and mother, Laila is the eldest, Jibrail is the second with Mikhail and Ilijah coming in third and fourth with another infant whose name is not revealed. When asked about the kids by NOLA, their mother said all the kids are talented and creative, and when friends come over to their home, they perform plays and comedy shows.

It definitely seems the parents are the biggest influence on the young Jibrail. His father knows work is important, but he is also not allowing his kids to skip school, a morning duty for Jibrail father is driving the kids to school. Jibrail also said his father keeps him humble by moving the whole family together to “like a pack” so he can learn to take care of all his family members and not just himself.

Jibrail Nantambu Turned Heads with His Scene-Stealing Performance in Halloween

Halloween was not exactly being looked forward to, but there was some interest in the movie because Jamie Lee Curtis was returning to play the character of Laurie Strode from the original film. But the film won over the critics and audiences by finally becoming a good inclusion on the whole Halloween movie series.

The performance by Jibrail Nantambu as Julian was the highlight for most of the fans and critics and also allowed the actor to get his name across the table of most casting directors in Hollywood. The executive of Blumhouse even said if it were possible, he would cast Jibrail Nantambu in every Blumhouse movie if he could. 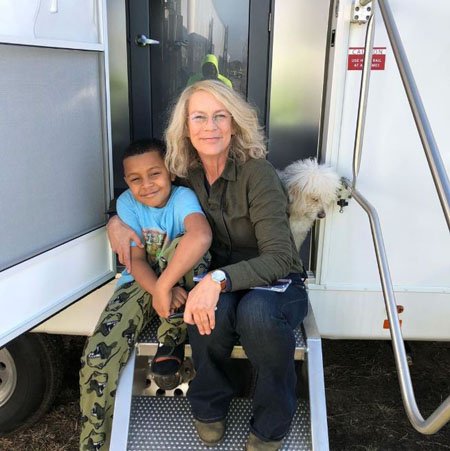 In 2018, he also appeared in AMC’s hit TV series Preacher, and he is also set to appear in Halloween Kills, reprising his role as Julian. There are currently three projects currently in production starring Jibrail, which is definitely exciting for a child actor trying to make a mark in the world of show business.