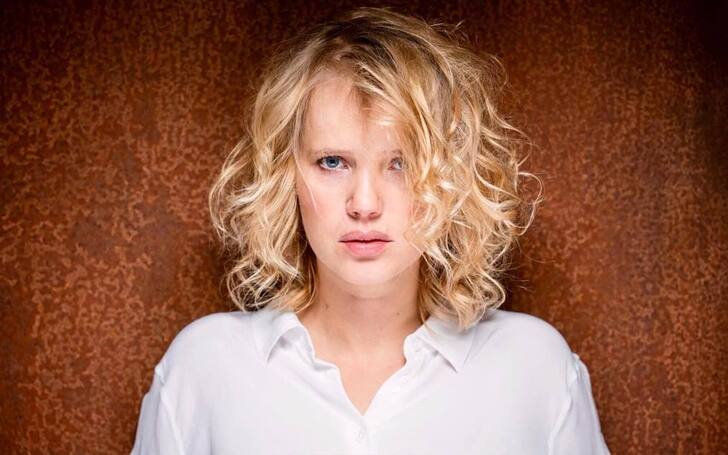 Joanna Kulig was born on 24th June 1982 in Krynica, Lesser Poland Voivodeship, Poland. Her father was a folk poet while her mother served as a cook at a local kindergarten. The actress was raised alongside four siblings in the Southern Polish village called Muszynka. Her younger sister Justyna Schneider shares the same profession as she's an actress, too.

Kulig joined the Mieczyslaw Karlowicz State Music School Complex in Krakow back in 2000. She later graduated from the Frédéric Chopin State Music School in Krynica-Zdrój (piano class). This was followed by the AST National Academy of Theatre Arts in Kraków, where she graduated with a specialization in popular music vocals in 2007. In fact, she was the first member of her family to complete University graduation.

Stars as Maja in the Netflix Musical Drama 'The Eddy' (2020)

Created by Jack Thorne, The Eddy is a French-American musical drama miniseries set in Paris. The first couple of episodes is directed by Damien Chazelle while Glen Ballard and Randy Kerber serve as writers.

The series contains exchanges predominantly in English but also includes occasional French, Arabic, and Polish. As per Netflix, the official synopsis reads:

Eddy is an eight-episode adventure taking place in the ethnically diverse neighborhoods of modern-day Paris. Formerly a famed New York jazz pianist, Elliot Udo (Andre Holland) is now the co-owner of The Eddy club, where he manages a house band headed by singer and on-off girlfriend Maja (Joanna Kulig).

When Elliot learns his business partner Farid (Tahar Rahim) may have participated in certain questionable club practices, facts begin to emerge that had previously been hidden from Farid's partner, Amira (Leila Bekhti).

Later, Elliot's depressed teenage daughter Julie (Amandla Stenberg) arrives abruptly to reside with him in Paris, and his personal and professional life quickly starts to collapse. 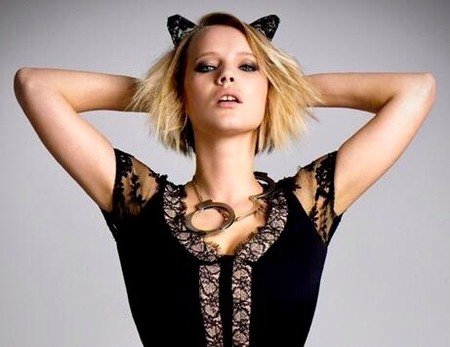 Joanna Kulig is playing the role of Maja for eight episodes in the Netflix series The Eddy. The rest of the main cast consists of Adil Dehbi as Sim, Randy Kerber as Randy, Ludovic Louis as Ludo, Damian Nueva Cortes as Jude, Lada Obradovic as Katarina, and Jowee Omicil as Jowee. 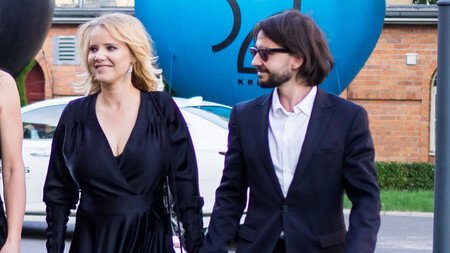 Joanna Kulig is married to her husband Maciej Bochniak since 2009. Maciej is a film director and screenwriter by profession. The couple welcomed their first child, a son in February 2019.

The couple worked together in the 2015 film Disco Polo directed by Bochniak while Joanna starred as Anka. The movie brought a small revolution in the lives of the lovebirds.

Kulig repeatedly stressed she wouldn't play in her husband's films. To her, working with her partner was not a family arrangement but a meeting of professionals. Speaking of her fears, the actress said:

How it will be when my husband begins to give me orders. In private life, we ​​do not give ourselves orders. Everything was done professionally. This experience confirmed that we get along well.

The Eddy star continued, "To avoid uncomfortable for the crew of the situation, I kept a professional distance from Maciek. No kisses, hugs, or chatting with him. When I had doubts, I asked, and Maciek explained to me. How it is between the actress and the director."

It's wonderful to see the couple is completely supportive of each other and couldn't be in a more blissful relationship.

Featured on 'Cold War' - What's Her Net Worth? Joanna Kulig's net worth is estimated to be $2 million.
Source: Kulig Instagram

In the beginning phase of her career, Joanna Kulig intially performed at the Helena Modrzejewska National Stary Theater in Krakow. In 1998, she came out victorious on the episode of the talent show Szansa na sukces through an impressive performance of the song Między ciszą a ciszą by Grzegorz Turnau.

In 2011, the actress starred alongside Ethan Hawke and Kristin Scott Thomas in Pawel Pawlikowski-directed The Woman in the Fifth. The other notable directors she's worked for include Mirosław Borek, Agnieszka Holland, Jacek Borcuch, and Marcin Wrona.

Kulig landed the Polish Academy Award for Best Supporting Actress in 2013 for her impressive portrayal of Alicja on Elles (2012). The film showcases an event in the life of Anne, a French Elle journalist in Paris who is researching an article on the prostitution of female students. Alicja, an enthusiastic economics student who quit Poland to pursue her studies, happens to be one of the students persuaded by Anne.

In 2018, the actress was the recipient of the Best Actress Award at the 31st European Film Awards for her performance as Zula Lichon in Pawel Pawlikowski's historical drama film Cold War (2018). Additionally, she won the Polish Academy Award for Best Actress for the same movie.

Joanna Kulig's net worth is estimated at $2 million.