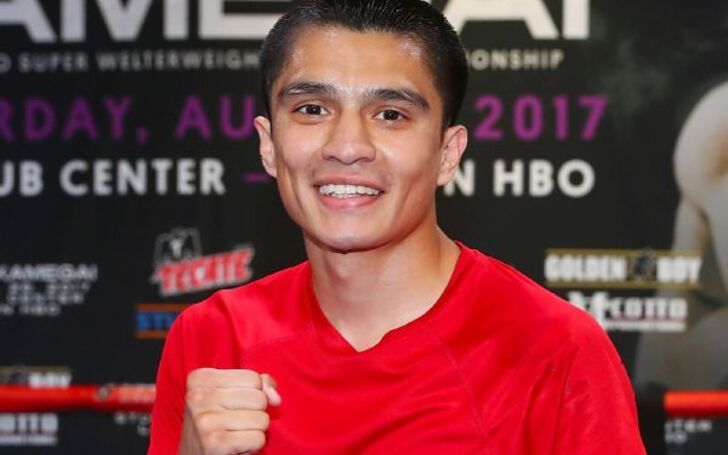 Coming from poor family background, life was far from easy for the aspiring boxer. He's the eldest alongside his five siblings - Jaylene, Jayson, Jonjairo, Jajaira, and Jousce. Despite lots of hardships and obstacles along the way, Joet's persevered and managed to make his mark. His story is truly inspirational to many. Joet's father Jose Gonzalez used to hand out flyers outside a jail in downtown Los Angeles. That's what he would do to earn his livelihood. However, he wouldn't settle for it, not by a long shot. Jose, despite the unpleasant circumstance, never lacked ambition.

Although he had no money for airfare or for spending extra nights in a motel - the trip to the 2007 Silver Gloves Nationals in Kansas City was something Joet's dad needed to do. Looking back, that's the best thing he could have done.

Check out: "It's definitely personal and I'm going to humble him" - Joet Gonzalez to Shakur Stevenson

Jose and his wife, Sofia, did everything to ensure they made it for the kids. He borrowed on credit, while Joet's mother, Sofia Gonzalez, pawned her gold. The entire family subsequently took the trip to Kansas.

Joet was fighting for the first national title at the age of 13. He knew losing was not an option. He had to win whatever it took for the sake of his family and his own future. So he did, and this was merely the beginning. The boxer following his first victory said:

This is what I'm going to do. I can be somebody in this sport.

Fast forward 12 years, and Joet's impressive streak is at 23-1. His first loss came on 26th October 2019 at the hands of Shakur Stevenson who defeated him to claim the vacant WBO featherweight title. Shakur Stevenson is undoubtedly one of the most gifted fighters on the planet who also happens to be the boyfriend of Jajaira Gonzalez, Joet's four years younger sister.

Interestingly, Stevenson and Gonzalez squared off for the vacant WBO featherweight title on 26th October 2019 with the former coming out on top.

How do Jose and Joet feel about Jajaira's dating life?

Jajaira's father, Jose learned about her daughter's dating endeavors through social media, and he was far from pleased.

She said he was a friend. Maybe she was afraid to get me mad... But she lied to me.

Although Jose grew on liking Shakur, the same can't be said of Joet, who despises the man.

I never liked him since the amateurs. Fake-ass handshake... Loud, obnoxious, disrespectful... The way he dresses, half his ass showing. That ain't no style. I mean, you think that looks cute? Come on, man, pick up your pants.

Shakur, though, felt Jajaira's brother was just a "hater" who was envious of his talent and the hype he received since his junior years. He once asked Jajaira to arrange a sparring session with her brothers, Joet and Jousce.

Shakur's attempt at winning over his GF's family

Stevenson thought he would earn the respect of the Gonzalez family if he took them on in a fair battle. The interpretation of how the sparring session went, however, depended on who was telling the story. Shakur claimed he sparred with a single hand and yet Joet wasn't able to do any damage. Meanwhile, Joet's father Jose stated, "Joet was humiliating this boy."

He just mad lil sis love me 😂😂🙄 his feelings gone get him hurt tho https://t.co/9TSkM6ieK3

Nobody knows exactly how things transpired that day, but one thing's for sure, Shakur failed to earn the respect of the Gonzalez family. In fact, he was left distant from his GF Jajaira, struggling to have a meaningful conversation with his girlfriend for three years. Shakur Stevenson and Joet Gonzalez do not like each other.
Source: Bad Left Hook

The Gonzalez(s) then blamed the failures of Joet's sister on Shakur after she lost her first fight merely a year after winning the last national championship. Moreover, she quit the army as well. Jose in tears said, "I lost her. She changed." Joet added,

She was the top dog. Then she got with (Shakur), and she lost her focus. Boxing wasn't the priority anymore.

In early 2019, Stevenson popped up in the Gonzalez gym, looking to spar with Joet. Jose was not best pleased when he acted disrespectfully to him or so he perceived.

How rich is Joet Gonzalez? The Gonzalez family currently resides in the Glenair Mobile Home Park. Joet is believed to be looking to move to a new house in the near future.

Looking back at the figures from 2018, an average boxer made $35,584 annually, which ranged from $22,000 to $37,000. Since boxers are expected to pay for travel, training, and management fees, the net amount they received is lower than most would expect.

Taking everything into consideration, Joet Gonzalez's net worth is estimated to be $40,000. It could very likely grow in the days to come.