Karrie Martin decided pretty late to get into acting, and it was partly an impulsive decision and something which worked out fine for the actress. At the time of her decision, the actress was in the middle of her college life, but something told her it was time to make a change in her career, which resulted in her diving headlong into acting. Considering she is anchoring a Netflix show called Gentefied, everything seems to have worked out as it was supposed to for the actress.

When it comes to revealing her age, Karrie Martin just says she is a “20 something” girl, but she does celebrate her birthday on 3 March. She was born in Louisiana, where she was raised alongside her two sisters and one brother. Karrie Martin’s father, Raul Martin, sells homes for a living, but little is known about her mother.

Karrie Martin in one of four siblings and almost all of them are pretty famous on Instagram. Her sister also tried her hand in acting, but it seems Karrie is the most successful sister when it comes to acting. Someone who only took up acting after going to college is now starring in a Latinx called Gentefied, playing the character of Ana Morales. 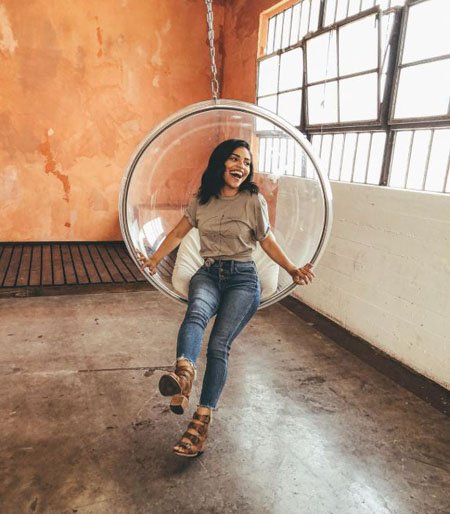 Karrie Martin is from a small town of Louisiana, and growing up in a middle-class family, getting into the acting industry was not something she thought of as a viable option. The acting job for Latin women was limited to maids and sexual eye candy back then, and it wasn’t probably something Karrie Martin saw herself doing.

But when she left her home and came to Louisiana State University, a new scenario meant a lot of inner searching and looking for experiences she never had in the place she grew up. Karrie Martin took some acting classes, and soon she fell in love with the aspect of performing. Around the middle part of her college days, Karrie decided to take a leap of faith and took up acting.

Karrie Martin appeared in Battleship, and the experience was something, which reinforced her career choice, and soon after, she graduated the actress, and her acting career was up and running. The actress was hired to be in a single episode of the hit CW show Pretty Little Liars but the biggest role of Karrie’s career, in Gentefied, is coming to Netflix.

Gentefied, as the name suggests, is about gentrification in the Boyle Heights neighborhood where the Mexican family businesses are being run out of town due to the encroachment of white hipsters. But don’t let the name and the topic of gentrification turn you away, the show is more about the problems of transition then it is about white vs. minority community.

Ana Morales is the granddaughter of Casimiro, played by Joaquin Cosio, who owns a famous taco restaurant in Boyle Heights. The restaurant is on the brink of folding when the cousins band together to make sure it is not. Karrie’s character is not on the side of gentrifying their restaurant content, but there is more at play for all the characters in the show than just the simple fact of whether to become a sell-out or protect their culture.

Ana is also a proud queer character in the show, and she is all about the Latin identity, staying close to her culture, but the question of gentrification and cultural preservation will force some changes into her life and the lives of the people she loves. Catch Gentefied on 21 February only on Netflix, starring Karrie Martin, Joseph Julian Soria, Carlos Santos, and Joaquin Cosio.

Karrie Martin is in a Relationship with Her Boyfriend Ryan Lachney 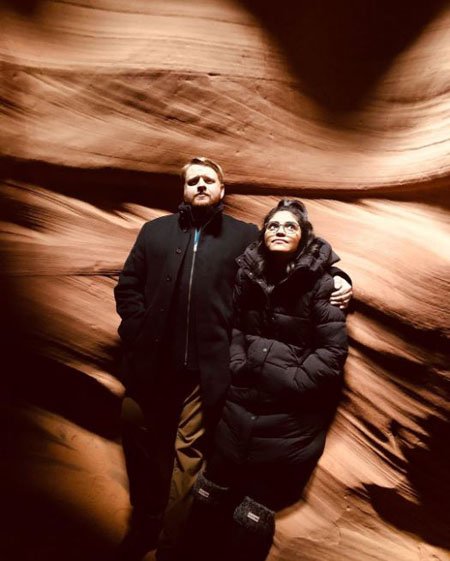 Karrie Martin is currently in a relationship with her boyfriend Ryan Lachney.
Source: Karrie Martin Instagram

Before 27 November 2018, no one who wasn’t in the immediate circle of Karrie Martin would’ve known the actress was in a relationship. But on the day she posted a picture of herself with her long time best friend and now boyfriend Ryan Lachney. The background of how the couple met in the first place is still a little sketchy, but according to the caption on the post, the actress was happy the two were dating.

In the picture she shared in November of 2018, the actress wrote, “So this guy here is my best friend. We’ve gone through pivotal moments of life together and far apart. It’s been weird, always questioned, mostly fun, bust respectful. We always said that if it was meant to be then, God would make a way to bring it back around. I guess you can call him my person.” 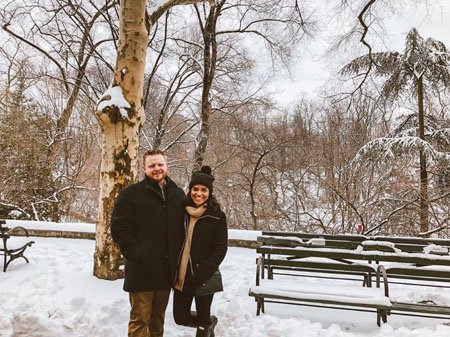 Ryan and Karrie have been together ever since, and they seem to be in love, which is nice to see. Falling in love with your best friend is always a nice thing, well, the song by Jason Mraz says so.