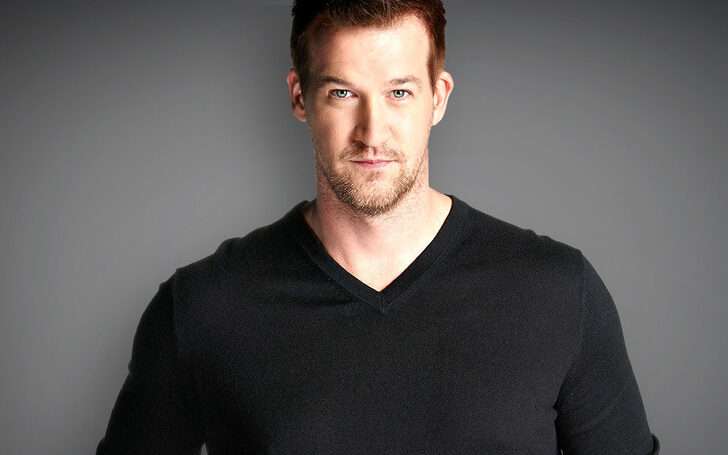 Kenneth Mitchell is a Canadian actor who was born on 25th November 1974 in Toronto, Ontario, Canada as Kenneth Alexandre Mitchell. He studied landscape architecture at the University of Guelph where he also played as a striker for his soccer team.

The actor developed the fondness for acting after he worked at Kilcoo Camp in Minden, Ontario. In fact, this is when he claims to have discovered his passion for the art of interpretive dance as well.

Mitchell is best known for his performance as Ralph Fox in Miracle (2004), Eric Green in Jericho (2006), and Deke Slayton in The Astronaut Wives Club (2015). 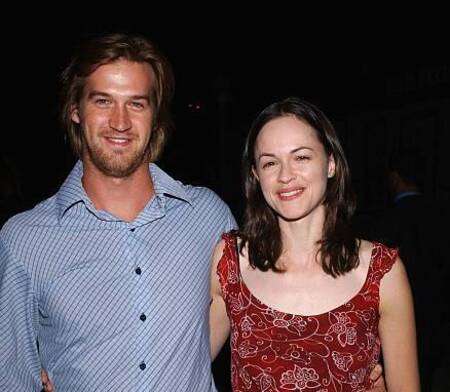 Kenneth Mitchell and his wife Susan May Pratt attending the premiere of 'Take Me Out'.
Source: Getty Images

Mitchell married his actress wife Susan May Pratt on 7th May 2006. The couple shares two children together. Susan gave birth to their first kid, a daughter named Lilah Ruby Mitchell in 2007. Five years later, they welcomed their second child, a son named Kallum Porter Mitchell in 2012.

Susan, meanwhile, is a pretty popular actress during her pomp. She is best known for playing the role of Mandella in 10 Things I Hate About You (1999). Likewise, she starred as Alicia in Drive Me Crazy (1999) while she portrayed Maureen Cummings in Center Stage (2000). 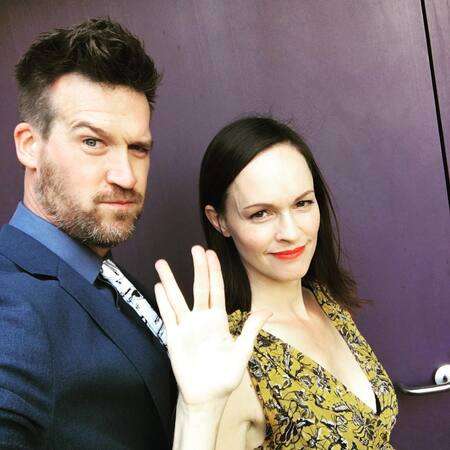 The fact that this wonderful duo shares the same profession and carries similar interests can be credited for their long lasting relationship.

The actor is set to appear in 'See'

Kenneth is playing the role of Edo in the much anticipated American drama series See. The show already boasts an impressive cast with Jason Momoa leading the way.

The series tells the story of a dystopian future where humanity has lost the ability of sight. This brings enhancement in the ability of their other human senses. Therefore, survival is dependent on everything but the ability of one's eyes.

A quick glance at the actor's TV career Following several single-episode adventures across many series, the actor finally landed an established role in the form of Eric Green in Jericho (2006-2008) where he featured in 26 episodes. 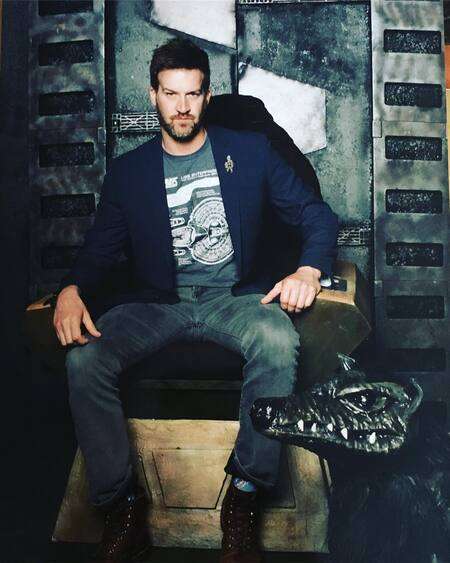 Mitchell appeared in Ghost Whisperer in 2008 for 15 episodes. Interestingly, his wife too made an appearance in the show 2 years earlier in 2006. After a few guest roles and minor appearances in multiple shows, his next stable character came in the form of We in the Freeform show Switched at Birth (2014).

Kenneth then played the real-life astronaut Deke Slayton in the series titled The Astronaut Wives Club for 10 episodes before it was canceled. Two years later, the actor portrayed Kol in the CBS series Star Trek: Discovery (2017-2019) appearing in the final five episodes of the second season.

The actor has appeared in a few noteworthy movies Mitchell appeared in a few short movies before transitioning into the big screens. His first major role arrived in the film The Recruit (2003) where he played the character of Alan alongside Al Pacino and Colin Farrell.

Kenneth’s next major role Ralph Fox came in the film Miracle (2004) that retold the story of the famous victory of the USA national ice hockey team in the 1980 Winter Olympics, defeating the odds on favorites the Soviet Union. After appearing in Home of the Giants (2007) as Keith Morrison, the actor’s next major role was in Captain Marvel (2019) as Joseph Danvers, the father of Carol Danvers/Captain Marvel.

Despite only a few notable roles to his name in the big screens, Kenneth Mitchell has still managed to earn himself a respectable career.

Do not miss out on detailed biographies of your favorite celebrities on Celebs In-depth.