Luna Wedler started her career in show business at the age of 14. By the age of 17, she was a well-recognized star on the rise who was garnering plaudits from all corners of Europe and winning numerous awards. For someone who was curious about acting to becoming one of the most talented up and coming Swiss actress, it was a short journey but an eventful one, and with Mia in Biohackers, she is only getting started. So, here are five facts you need to know about Luna Wedler.

Biohackers is the new Netflix series from Netflix, Germany. The show is supposed to be released on 30 April 2020, but the German show's creators decided to postpone the release of the series. The reason given was simply not to allow the connection between some aspects of the show with the ongoing pandemic.

The new Netflix series follows Mia Akerlund, who gets the chance to study at a prestigious Biological college in Germany. She studies under a well-respected professor who is also pioneering Biohacking technology. But there is another reason Mia is at the college, and it does not involve learning biohacking. 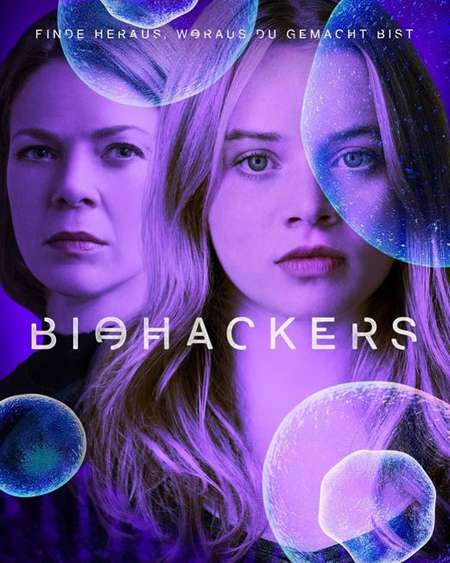 Luna Wedler plays Mia in the Netflix series Biohackers. Mia is a talented student who attracts the attention of respected professor Lorenz. Soon she starts working with Lorenz and also gets involved in some illegal stuff. But Mia's main desire is to get revenge and destroy Lorenz, whom she blames as the person who killed her brother. The dilemma of helping her friend or getting revenge makes the crux of Biohackers.

Luna Wedler was Born in Switzerland

Luna Wedler was born in October of 1999 in Zurich, Switzerland, to her German father and a Swiss mother. She is the second of three children of her parents, and performing for people had always interest Luna. First, it was just a desire to perform in front of her parents, which manifested into a career in front of the camera.

Luna Wedler applied on a whim for Her First Movie Role

A lot goes into launching a career for a novice personality in show business. There is drama school, training, agent, and other hurdles. But Luna had an interest in acting which led the actress to an audition and just like that she was cast in her first film, which also taught her about acting.

Luna Wedler's first movie was Amateur Teens. The film contained bullying, and Luna said she thought that type of thing was not for her, she could never be that type of person. But on the job experience allowed the actress to see, it is what acting is all about, not being trapped in a bubble but playing different people with different ideologies. "For me, acting is a world in which I discovered new aspects of myself," Luna mentioned.

After Appearing in Her First Movie, the Actress Started to Train for a Career in Show Business Most people train and then go to the set for their shot at fame, but Luna took the opposite route. She was cast in her first movie, and later she started training for a long career in show business. Luna got a degree in contemporary arts, and soon after, she was off to European Film Actor School located in Zurich. Both experiences came in handy for the actress, who is rapidly letting the world know she has arrived.

Her first role was in the movie Amateur Teens, which propelled Luna in the cinematic industry. Luna's first lead role was in the film Blue My Mind, the teen movie was well received in film festivals all over Europe, and the actress was getting award nominations for her performance in the film.

Primarily her movies and TV roles have been confined to the European film and TV industry, but with the Netflix show Biohackers and the character of Mia, she now has the ability to reach audiences outside of Europe. Mia and Biohackers could become her biggest role and project to date if audiences in the West connect with the show.