Mamoudou Athie is starring in the Netflix horror/mystery series Archive 81 and the actor appears to be 2022's first crush. People want to know if Athie has a girlfriend or if the actor is married with a wife, and we have some details for you!

There is something assured and confident about the performance of Mamoudou Athie in his movies and TV shows. Something that would imply that the actor is veteran in the show business. It could not be further from the truth as Mamoudou has just about 20 credits to his name, making his debut came just about 6 years ago. But in that short period of time, he has managed to put together quite the CV.

It was his performance in Patti Cake$ that impressed casting directors and Uncorked for Netflix showed his talent leading a movie. Since then a steady stream of Mamoudou Athie performances has been coming our way, the most recent one being the horror Netflix series Archive 81. With the show already shooting up the Netflix charts, Athie is reaching a wider audience and people are interested to know about the actor.

Born on 25 July 1988, to his parents in Mauritania, Mamoudou was the youngest of three kids of his parents. He was only six months old when his family took political asylum in the US. The whole family settled in Maryland and young Athie spent his childhood in New Carrollton.

Growing up he saw his eldest sister show an interest in acting and he following in her footstep. While Mamoudou's sister didi not pursue the career of acting for long, he was not letting go easy. As a result we are getting his performances in some notable productions. Starring again in Archive 81, fans want to now do a deep dive into the personal life of the actor and here is everything we know about his girlfriend. 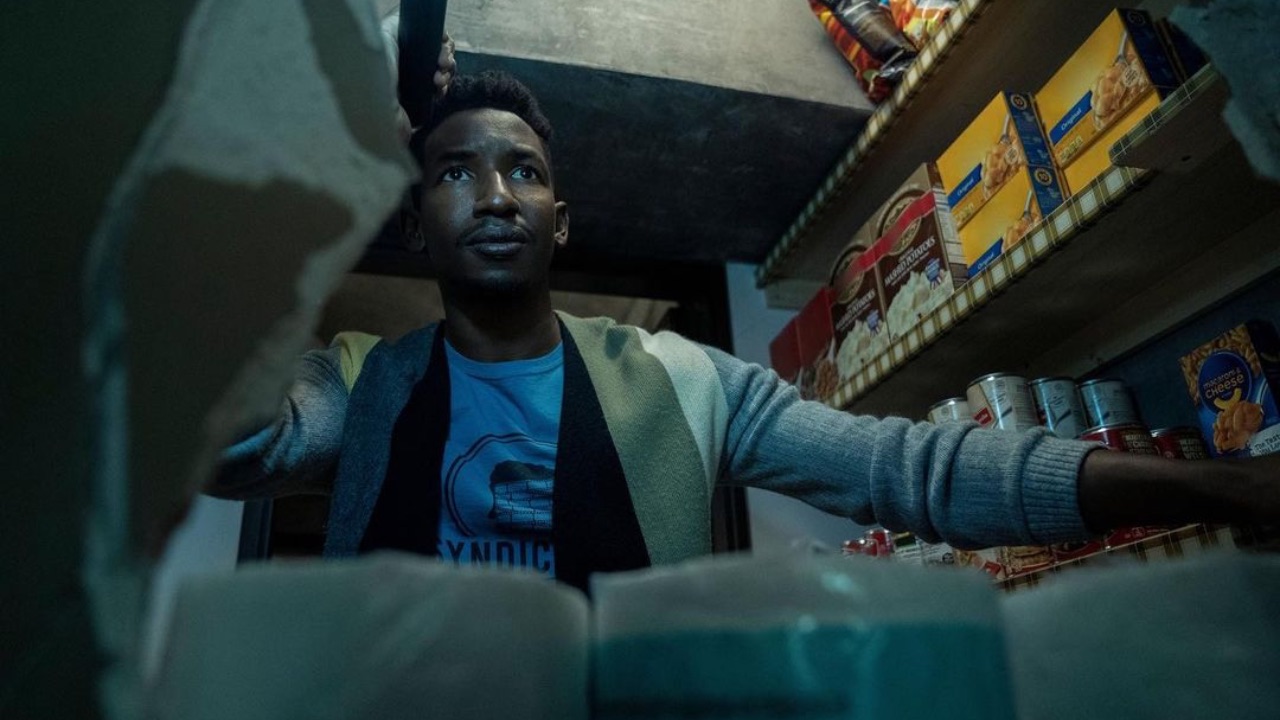 Mamoudou Athie wants a girlfriend who is chill and can be in a stress free zone. Fans want to know if the Archive 81 actor has a wife.
Image Source: Instagram

At 33 years of age, it is quite okay for fans to be searching for Mamoudou Athie's wife, he is at the point where most men are already married and raising a family. But from what we can tell, the actor is not married, there is no wife or kids of his own in his life. Even more unique is the fact the actor has barely any social media footprint.

He has been a leading man for a while now, but the actor is reclusive about his personal life. Maybe that is the reason why fans are even more interested to get to know the actor and what makes him tick. That was the question posed by Glamour when they interviewed the Archive 81 actor and asked some personal questions to get to know him better.

As one of the questions diverted towards the type of partner he would want in his life, Mamoudou replied a person who can take it easy. Explaining further, the actor continued, "Just, like, nothing’s a big deal, everything’s a stress-free zone." There should be no drama, a partner is supposed to make his life even easier, at least that is what we gather from what he is saying.

That the most Mamoudou Athie was willing to talk about his girlfriend or prospective partner. Considering the life he has led up to this point, we are not surprised that even if he has had a girlfriend, he is not willing to share more. At this point, in the absence of information, all we can say is that the actor is single. Now if he were to have a wife, we would've known by now, but a girlfriend can be easily hidden from the public's eye, so, it is anyone's guess at this point.

In a normal year, January is the month of trashy horror films and leave-your-brain-out-the-door action movie release period. Theaters used to be packed with trashy action films and known to be box office failures high-budget studio affairs. But with theaters crippled by the pandemic, streaming has taken over the January trend, well, at least on the horror releases part.

Based on the podcast of the same name, Archive 81 is a found-footage horror flick. It follows Mamoudou Athie's character Dan Turner who is a video archivist hired to go some restoration of burned cassettes. The job starts out as a way to give voice to people who lost their lives in a New York building fire but within the tape lies a secret which is somehow tied to Dan's life.

Archive 81 is currently streaming on Netflix. The cast of the horror series is led by Mamoudou Athie as Dan Turner and Dina Shihabi as Melody Pendras, with Martin Donovan as Virgil, Matt McGorry as Mark, Julia Chan as Anabelle, Evan Jonigkeit as Samuel, and Ariana Neal as Jess also appearing in various roles.