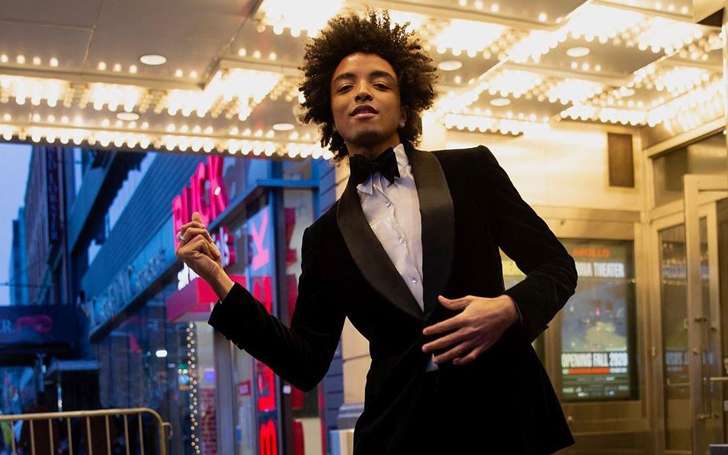 Odiseas Georgiadis is now a famous name among Netflix film and series viewers who have seen him play Noah in Trinkets and Murph in The Perfect Date. A few years ago, he was only a struggling actor and singer who was trying to make it in the world of show business. In 2020 it is safe to say his charm and his looks worked magic on the worldwide young audiences.

The actor was influenced by music early on in his life, which led to him discovering his love for the art form. As an extension of Odiseas' self-expression, acting came later, and it was something he wanted to build a career on. So, here are four facts you need to know about the talented actor and singer.

Trinkets follows three girls in Shoplifters Anonymous who become friends through their similar tendencies of being a kleptomaniac. Netflix released the first season of Trinkets over a year ago, and they renewed it a few months later for a second and final season with almost all the cast returning for a second outing.

Elodie meets two of her high school friends in a SA meeting, and they bond over their thieving tendencies. Three of them become friends on the down-low. Coming from three different backgrounds, the girls support each other through difficult times and high school problems in the first season of the Netflix series. Odiseas Georgiadis plays Noah in the Netflix series Trinkets. Noah is the good looking guy in school who is in love with Moe. Moe and Noah keep their relationship a secret, but he wishes they were out in the open. But no matter what, Noah is extremely supportive of Moe, and their relationship will be built on in the second season of Trinkets.

Odiseas Georgiadis was Born in Ghana But Raised in Brooklyn

Odiseas Georgiadis was born on 21 September 1996 to his Greek father and Ghanaian mother. He was the first of two kids of his mother, Odiseas has a brother, Ippokratis. He is 23 years old, but the actor was only six when his mother took him and his brother from Ghana and moved them to Brooklyn.

Raised in Brooklyn, Odiseas was influenced by the music of the time. He drew inspiration from Chris Brown, Michael Jackson, and Bruno Mars. "Music has always pulled me in because of how it can bring people together no matter who you are," Odiseas explained his love for music. He took music seriously, even appearing in The Voice.

Odiseas Georgiadis Appeared in The Voice US

Odiseas wanted to further his career in the music industry, which is why he saw appearing in a talent show as a platform to further his career. The actor was a contestant on The Voice, where he chose to sing The Lazy Song by Bruno Mars. But his performance was not able to get any coaches to press the button.

He went out from the live auditions where Adam Levine gave some encouraging words to the singer. Odiseas was only 15 years old when he auditioned, but the music was not his only path to success. At 15, he was already starting his journey into Hollywood, and soon he found success in the city of angels.

The Career of Odiseas Georgiadis - Playing Murph in The Perfect Date

Odiseas was only 16 years old when he got his first chance to appear in a big production. NYC 22 was his first outing on TV, and since 2012 the actor has been building a respectable filmography which has spanned nearly a decade. For most parts, he only appeared in single episodes of TV shows, but it all changed with a single Netflix film.

Odiseas Georgiadis played Murph in the Noah Centineo starrer The Perfect Date on Netflix. The movie was a decent success, and most people fell in love with Murph, Odiseas' character in the film. The appearance in the movie, combined with his performance in Trinkets were enough to endear the actor into the hearts of millions of fans.