Sarayu Rao Blue was born on 7th March 1975 in Madison, Wisconsin, in a Hindu family. Her parents are Velcheru Narayana Rao (father) and Nidadavolu Malathi (mother), both of whom are Telegu speakers from Andra Pradesh, India. Meanwhile, Sarayu’s mother writes short stories and articles in Telegu and English language.

Rao went to West High School in Madison, prior to graduating from the American Conservatory Theatre in San Francisco with a Master of Fine Arts degree in acting. The actress is best known for No Tomorrow (2016), I Feel Bad (2018), and Blockers (2018).

The Netflix sitcom Medical Police is a spin-off to an American black comedy series Childrens Hospital that served as a parody to medical dramas. The new Netflix series, meanwhile, parodies international spy thrillers.

As per Wikipedia, the show’s premise states:

Children's Hospital doctors Lola Spratt and Owen Maestro, discover a world-threatening virus, and are recruited as government agents in a globe-spanning race to find a cure. In the process, they unmask a deep conspiracy amidst the outbreak. 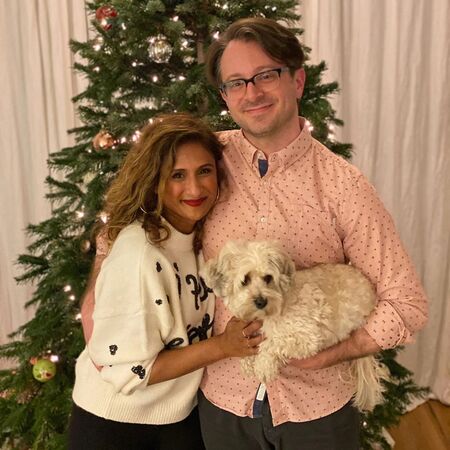 Sarayu Rao Blue is married to her husband Jonathan M. Blue, who serves as the director of Creative Development at ReKon Productions. Their delightful wedding took place on 19th July 2014.

The couple celebrated their fifth wedding anniversary in Rustic Canyon, their favorite restaurant in Los Angeles. Rao took to Instagram on 19th July 2019 to express her delight on the pair’s special day with an adorable upload alongside a sweet caption.

@rusticcanyon you are our favorite restaurant in LA. Thank you for making our fifth anniversary more special than we could have ever dreamed!! ?✨?

It comes as a little surprise Sarayu Rao Blue fell for someone from the same industry. The actress’s husband, Jonathan M. Blue, is a professional cameraman who works in Hollywood.

The lovebirds share a couple of puppies named Otis and Franklin. In fact, Sarayu often takes to social media to share wonderful moments with her spouse as well as her dogs, who she considers family.

The couple leaves no shortage of effort to display their affection on Instagram, whether it’s a casual date, spending quality time together, or traveling to new places – fans can get glimpses of their beautiful relationship on Instagram.

Meanwhile, the couple is yet to welcome children into their life. Fans certainly await the adorable duo expanding their family with little bundles of joy.

Sarayu Rao Blue portrayed the character of Anna in the CBS sitcom The Unicorn (2019-20). As per IMDB, she appeared in three episodes in total. Deadline describes the plot as:

A recently widowed father with two daughters is encouraged by his friends to re-enter the dating scene. Surprisingly to both him and his friends, he becomes the most sought after single guy due to his widowed father status.

The Unicorn season 1 premiered on CBS on 26th September 2019. 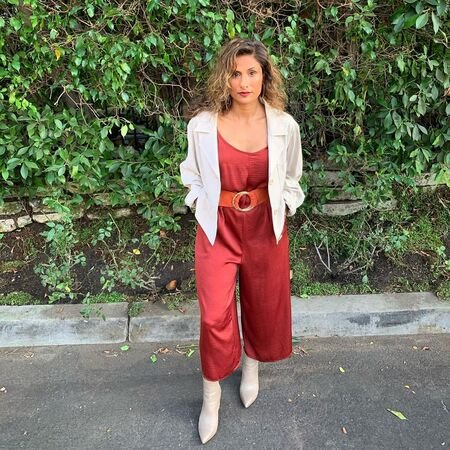 Sarayu Rao Blue's net worth is estimated to be $5 million.
Source: Rao Instagram

Sarayu Rao starred alongside Robert Redford, Tom Cruise, and Meryl Streep in a war drama film Lions for Lambs (2007), where she played the role of Senator Irving’s Receptionist.

The actress, however, is more notable for her small-screen roles. She made guest appearances in numerous elite TV series. Blue portrayed the character of a TV reporter in a crime procedural comedy-drama Bones (2005), followed by the role of Lalita Gupta in a sitcom The Big Bang Theory (2007). In addition, she portrayed Lindsay Bernard in a medical drama Hawthorne (2009), Dr. Susan DePaul in NCIS: Los Angeles (2011-14), and Emily in a CBS sitcom Two and a Half Men (2015).

In 2010, the actress served in a recurring role of Angela in an American comedy series, Sons of Tucson. She featured for five episodes while the show lasted a season. Three years later, Rao played the leading character of Dr. Sydney Napur for ten episodes in a TNT medical drama Monday Mornings (2013).

Sarayu Rao Blue’s net worth is estimated at $5 million.