Sebastian Korda Girlfriend: Tennis Star is Dating Ivana Nedved for Over 1 Year in 2022! 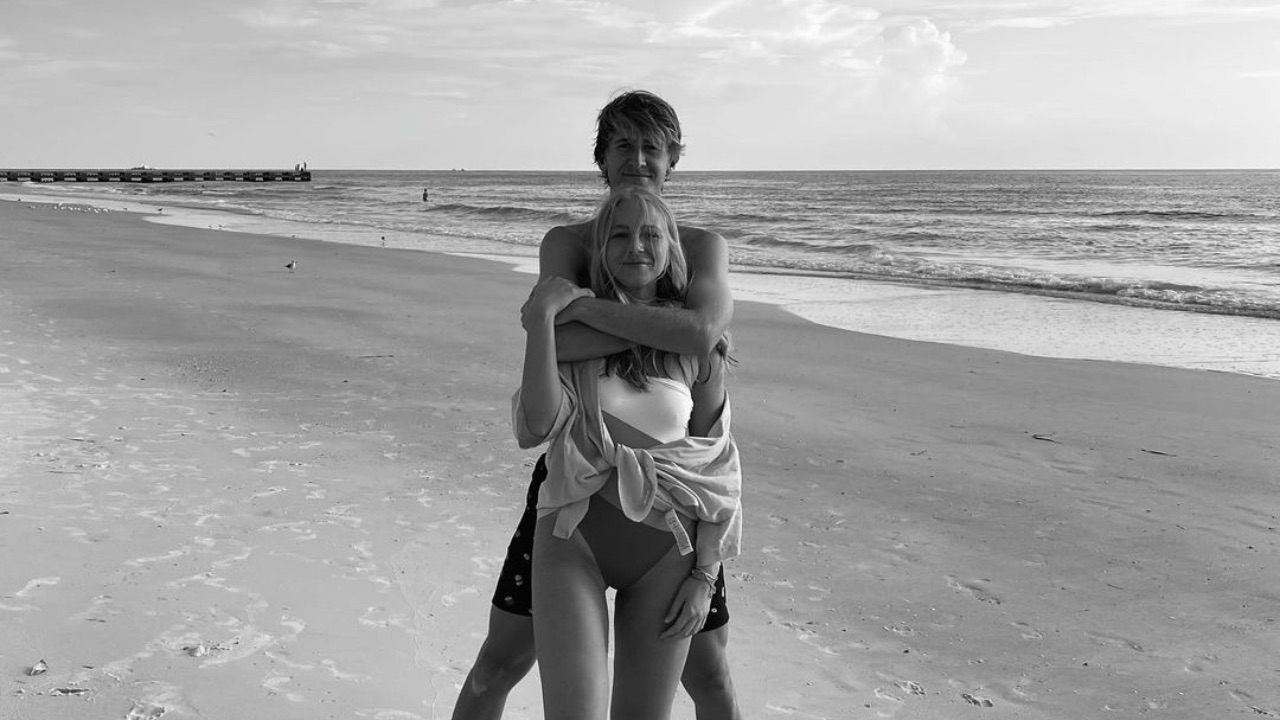 Rising Tennis star Sebastian Korda is currently dating his girlfriend Ivana Nedved. They have been together for more than 1 year in 2022. She is the daughter of a famous former soccer player. Get details of the ATP star's relationship with his gf.

A rising starlet of the sports realm, Sebastian Korda is rising up to fame with his incredible sportsmanship as a tennis player. 22 and ready to win the world, Korda has already won one ATP singles tournament, the 2021 Emilia-Romagna Open along with the junior title at the 2018 Australian Open. With all these wins, Korda is also winning the hearts of many and now people want to know who won his heart, who is the champion's girlfriend?

Son of Czech tennis player Petr Korda and former top 30 player Regina Rajchrtová, Sebastian began playing tennis at the age of 9. "Where some see my father's past, I see me creating my own future," Korda lives by his passion to create a whole new saga away from the limelight of his father. Born into a family of sportsmen, the only thing about Sebastian that's currently getting people interested in him is his girlfriend! So, here's all we know about Sebastian Korda's girlfriend. 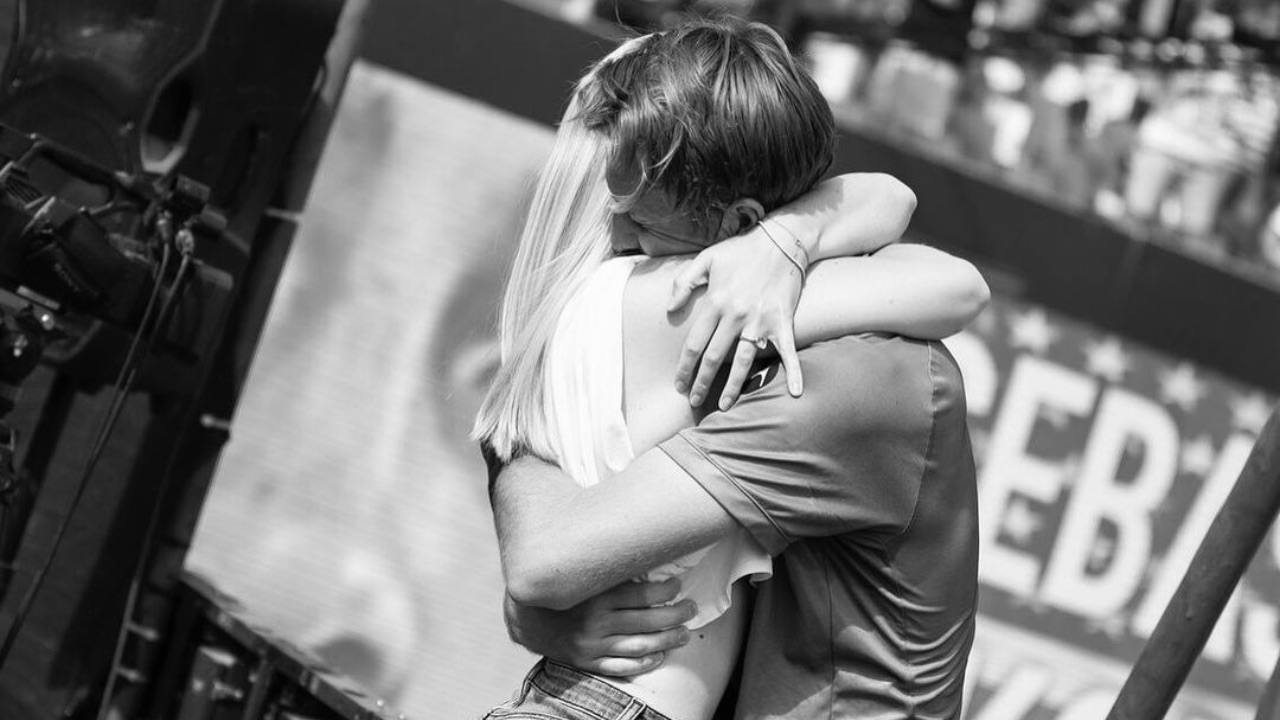 A starlet in the realm of tennis is winning many hearts with his incredible records. With Sebastian's popularity growing by the day, the inquisitiveness around his love life is immaculate! Who could be the tennis star's current girlfriend?

With the limelight on him since he was a child, Sebastian Korda's personal life is almost an open book. As per who the tennis star is currently dating, Sebastian Korda's girlfriend is Ivana Nedved,  the daughter of Pavel Nedved, a Czech retired footballer who used to play for Juventus. Giving an insight into their little world together, Sebastian and his girlfriend Ivana have a separate fan base on the internet.

Sebastian and his lover Ivana probably began dating back on February 3 of 2o22, as Ivana's post under the caption, "365 days of ❤️" indicates that the couple celebrated their very first anniversary. Calling his girlfriend his lucky charm, Korda made his relationship Instagram official on May 30, 2021, with a celebration post of his first ATP title, and importantly his first tournament with Ivana.  Ivana too made it official on the very day with a picture of her hugging Sebastian with a hearty caption that says, "Our very first tournament together and @sebastiankorda first win on tour! Couldn’t be more proud. ❤️?✨??Ciao Parma! Ci hai portato fortuna ?"

Daughter of Pavel Nedved, Ivana Nedved is kind of an Instagram influencer with a verified account and 77k followers. It's been revealed that Ivana has done an understudy at Conde Nast Italia and also worked for Vogue Italia. Looking at her Instagram, Nedved seems to enjoy finer things in life. Not much into sports, unlike her father and boyfriend, Ivana might be trying her hand in modeling or fashion. Korda's girlfriend's Instagram screams aesthetic beauty!

Analyzing Sebastian and his girlfriend's love life, its not private yet it's quite lowkey! The couple posts each other time and often but not so much to reveal what's happening between them. Ivana accompanies Sebastian quite often in his games. She once spent months in Europe while Sebastian was playing. Most recently the couple took a trip to Australia. Ivana thoroughly enjoyed her time in Australia alongside the all-famous American tennis sensation as seen through their happy faces in the pictures.

Sebastian and his girlfriend appear to be so in love that the internet is going crazy over their relationship. With a post calling his girlfriend "Home❤️?" Korda proved that he is willing to go miles for his love and it might actually be his forever after! However, not tying the knot anytime sooner, Sebastian and Ivana sure do look like they'll soon make it official with the ring!

Sebastian Korda Fought Back Against Nadal But It was Not Enough!

He might have lost the game but he remains unfazed! Sebastian Korda led Rafael Nadal 6-2, 1-6, 7-6(3) in the second round of the BNP Paribas Open with a double break in the fourth set, but the Spaniard showed his characteristic grit to win 6-2, 1-6, 7-6(3) on Stadium 1.

Disappointed but not demotivated, Korda took the loss in a positive and encouraging way. The 21-years old showed his happiness in how he pushed the 21-time Grand Slam champion, who has still not lost a match in 2022. “I played a really good match, brought out the best in me, put him in a tough situation. But he does what he does best and always comes back and fights. I mean, it sucks, but overall, very happy. He's an incredible fighter. Probably one of the greatest fighters of all time," says Korda in his post-match press conference.

Korda's general calm demeanor has become a standout element of his climb up the ATP Rankings, and his measured reaction to a painful loss displays a wise head on young shoulders. The runner-up in the 2021 Intesa Sanpaolo Next Gen ATP Finals believes that sticking to this mentality, even when things got tough, is the key to consistently playing his best tennis.