The Devil All The Time Ending Explained - Arvin's Flash Forwards and the Future He Dreams! The Devil All The Time is a new Netflix movie based on the book of the same name by Donald Ray Pollock. The film follows three generations of a Southern family, with faith, love, and violence shaping their lives over three decades.

The Devil All The Time Ending 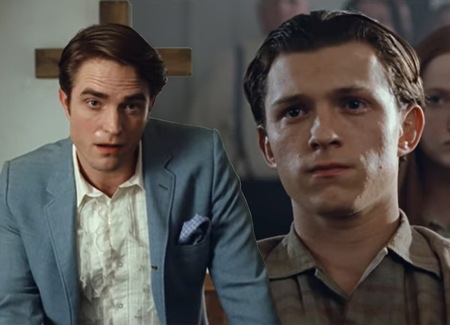 Tom Holland's Arvin is on the run, but The Devil All The Time ending shows some possibilities of where he might end up.
Source: Google

Arvin never had anything in his life; his parents died and left him alone; the same was true for Lenora. They had their grandmother and each other, and when Lenora mistakenly takes her own life, the one light in Arvin's life goes out.

In the end, it was like father like son for Arvin. His father was a loving man haunted by his past but centered by his mother. Once his mother was dead, the devil took hold, and nothing made sense to Willard, except violence and death.

Losing Lenora sent Arvin to the same place; he had nothing to lose anymore. So, in the end, all that was left for him to do was punish the person who took his sister away.

The Luger of Arvin's father was the tool of his revenge, and in the church, Reverand Preston felt the brunt of his anger. Three shots and the person who raped and caused the death of his sister was dead.

And for once in his life, Arvin wanted to pray, at the altar made by his father near the place he called home as a child. He feels guided to the place, and when Carl and Sandy try to make him his new victim, they also fall victim to the unwanted violence.

The Devil All The Time Ending Explained

All that violence, and he had no idea what to do next. Arvin cannot go home; the police are looking for him. He does not want to go out like his father, and when the man offers to give him a ride, as he was heading to Cincinnati, Arvin goes with him.

Then The Devil All The Time ending portion happens as Arvin tries to fight off sleep. He sees flashes; they are not memories because all his life Arvin has known hardships. No, they are visions of a future, a future he will live, or a future he expects to live if he makes it out alive.

There is a vision of him in the suburbs as he is fixing his car during a warm sunny day. He has a child who comes running towards him, but the car's hood hides his face.

Then there is the idea of him going to Vietnam to fight the Vietcong as news of more troops on the ground filters through the radio. We see a helmet-wearing figure fighting in the jungle, never to see his face.

What do all of these visions mean? Is it wishful thinking in part of Arvin or is that the movie's way of showing us where the embattled kid ends up in his life after everything he has seen.

We like to think that it is the latter part. That is Arvin in the suburbs with his child, loving the kid as his mother loved him. Maybe after Arvin got to Cincinnati, he enlisted to go to Vietnam. Three, four years later, he was back in the country but not as haunted as his father was.

He finds a wife as his father did, but he manages to keep hold of everything, unlike him. Arvin never wanted much in life; he just wanted a family, and seeing him on the run is not a memory we want to have in our heads. Arvin happily living his life, leaving the violence behind is The Devil All The Time ending we want to imagine.