Six years fans waited for a Breaking Bad movie, ever since the final shot of the series people were still talking about the question which was deliberately left for the audience to answer, “What happened to Jesse Pinkman?” After over half a decade, the fans of the show still wanted to know the fate of everyone’s favorite meth cook.

There were rumors soon after the final episode aired about a movie about Jesse Pinkman in the works, but it was only a rumor. Everyone involved was giving vague answers, and then in 2019, the dream was finally a reality when El Camino: A Breaking Bad Movie was set for release on 11 October 2019. We all watched the film and loved it, but there was something odd about the whole thing. There were some confirmed reports of flashback being used extensively in the movie, and there was one scene in which almost all the people who watched the film were taken by. 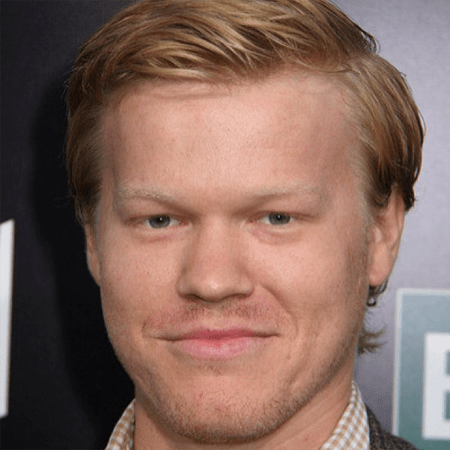 When Todd Alquist, played by Jesse Plemons, appeared on the screen, there was something wrong. The character was way heavier than he used to be when the series ended in 2013. There was this huge continuity error because, in the final moments of the series, where we saw Walter White kill Todd, he was a thin and in his early twenties. But in the movie, which is taking place before the finale episode, the actor playing the character was considerably large, and people were body-shaming the man.

How Much Weight did Todd Actor Jesse Plemons Gain in El Camino? We need to preface all of this by saying there is a considerable gap between the series and the movie, which is why almost everyone involved looks old. Jesse was 24 years old when he got the role of Todd Alquist in the series and when the call came to appear again as the sadistic killer in the movie again, he returned a 30-year-old man who was sporting a large gut.

People go through changes and Jesse Plemons also went through a lot of change in his career which was the reason for his weight gain. The time when his fiancée Kirsten Dunst was pregnant, Jesse was probably about 40 pounds larger than the time when he played Todd. In the movie itself, who looks to be a little trimmed and after all the makeup and baggy clothes they put on him, he looked about 30 pounds heavier in the movie from his Breaking Bad final season days.

Jesse was playing Todd to perfection, and after a while, we even stopped noticing the weight change because of how amazingly he slid back into the role without missing a beat. It wasn’t just the actor, letting go, for the reason he gained so much weight. It was for a role, and then one role led to another, and he never got the incentive to lose weight and get down the way he looked 6-7 years ago.

The Reason For the Weight Gain; Movie and TV Roles! 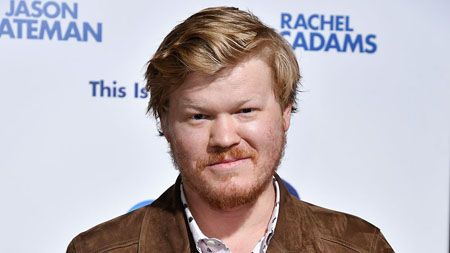 For people who watched Friday Night Lights, you most probably remember the awful subplot in the second season involving Landry and Tyra. Landry was played by Jesse Plemons, and he was a slim and trim teenager at the time. The same was the case when he was hired to play Todd in the hit AMC series in the final season.

After the series was over and his character was dead, he never expected to back playing in the same sandbox again. He was offered a role in movie Black Mass, starring Johnny Depp, and the limited series Fargo, where he met and fell in love with Kristen Dunst. Both of the roles required a particularly large actor, and it was the movie Black Mass which resulted in the actor putting on weight.

Jesse talked about all the questions he received after gaining weight like it was something amazing. During an interview with GQ, he said, “Yeah, talking about it, if anything, makes me a little more empathetic— sympathetic?—to what women have to go through. My God! Men, in general, are just not held under the same microscope in that way. It’s bizarre that that’s all people wanted to talk about. Why is that some sort of a badge or some sort of accomplishment? Like, anyone can do that. You just have to eat sh**.”

The actor was slightly smaller when playing a suburban husband in the series Fargo and he also spoke about losing some of the weight by the time Fargo premiered. The reason he gave for his weight loss was, he “stopped eating terrible food.”

Watch: Jesse Plemons in the second season of Fargo

One after the other, the roles he played were some variety of a slightly large character, which resulted in the actor never really getting down to lose the Black Mass weight. His character in both Black Mirror episode USS Callister and the movie Vice were some degree of fat and the character he played in the upcoming Netflix movie The Irishman is historically fat which means he was more than likely fat while filming the movie and then he arrived on the set of El Camino in the same getup.

Fat Shaming by a Small Faction on the Internet Jesse Plemons was body-shamed by some people on the internet.
Source: Looper

Social media a horrible place; it was raised as a means to bring people even closer together, and places like Twitter are no more than few anonymous people calling others names and making fun of people without considering the consequences of the words they write.

It was the case when El Camino debuted on Netflix, people noticed his weight and before even finishing the movie some of the Twitter users were making fun of the actor’s weight and even body shaming Jesse.

Getting fat, most of the time is not a choice; people gain weight, and for internal or external reasons, they are not able to shed the fat. There is a huge problem of self-esteem when people get fat, they lose confidence and get drawn inward, hate, and teasing from the outside can result in the people receding even inward. There needs to be a certain amount of responsibility in people to weigh the words before putting the whole thing out there for all to see.

Maybe it is just one tweet or one comment, but the effect it puts on the already low self-esteemed person’s mental health is immeasurable, we don’t know what the actor is going through in his life and like he mentioned the weight gain was only for roles, but whatever the case, fat-shaming is not a nice thing, people need motivation and help, not teasing and hate.

Throughout the entire movie, Pinkman was following the crumbs left by Todd, and his presence in the film, even in flashbacks, showed why Jesse was not able to escape from the compound and the reason he was so scared. Uncle Jack was portrayed as the main villain in the final season of Breaking Bad, but this movie and performance by Jesse Plemons, makes one thing clear, he was the villain all along.