Adam Kaplan Boyfriend - The Big Leap Star is Dating BF Ashley Day for Over a Year in 2021! 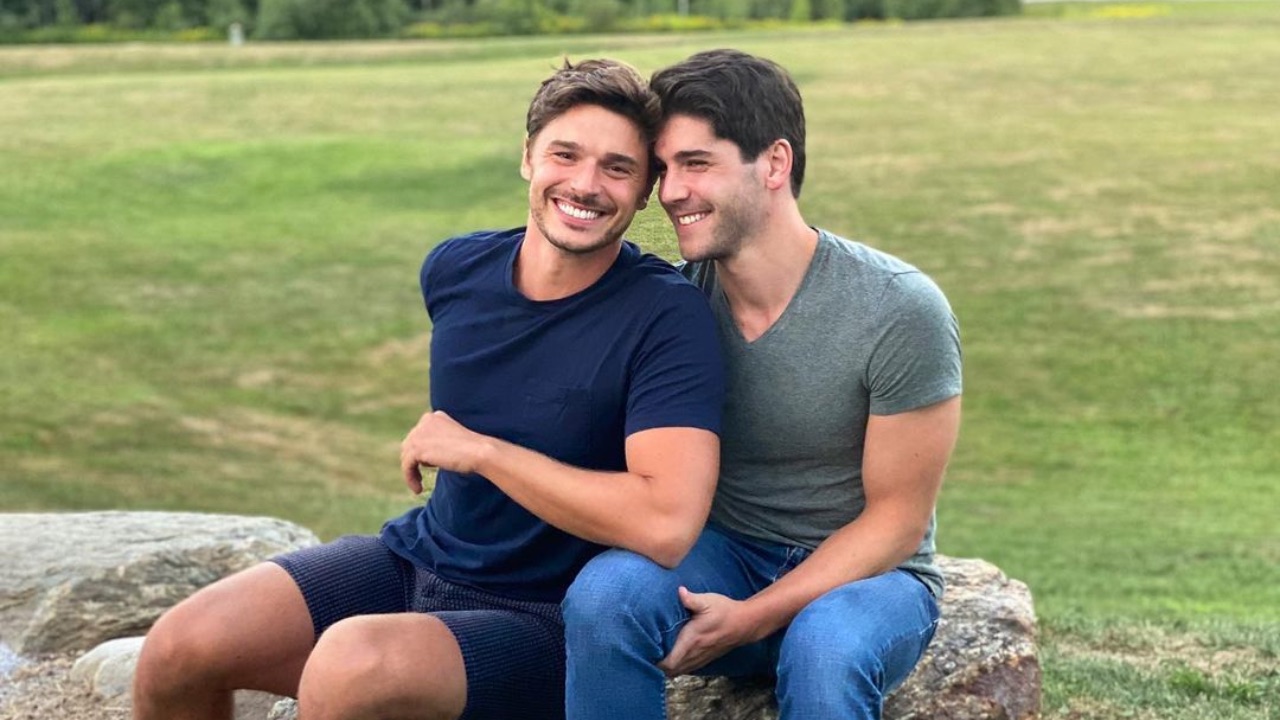 Adam Kaplan is a fresh face when it comes to the world of TV, his career was centered on stage and Broadway, but with The Big Leap on Fox, the actor is making a his mark on another medium. He is playing Simon Lovewell in the show, someone who is already winning hearts of fans in 2021. So, today we wanted to discuss a little about the actor, including his love life with boyfriend Ashley Day.

The Broadway actor was born on 10 August 1990 to his parents in Connecticut. Adam attended Staples High School in Westport, Connecticut and developed his love for performing from a young age. After high school the actor went for his BFA in Music Theatre at Elon University in North Carolina. After finishing his education, Adam knew broadway was where he wanted to be and started the long quest to be on stage performing in plays.

Adam Kaplan made some noise in 2012 when he was finalist during at the NYMF's Next Broadway Sensation competition. A year later he was leading Disney's Newsies! making his debut as well as impressing as a leading man. Soon after the show offers came one after the other and it all culminated with Adam appearing in A Bronx Tale. Now he is starring in something very different from stage and before getting into that, here is everything we know about Adam Kaplan's boyfriend in 2021. Adam Kaplan is currently dating his boyfriend Ashley Day. They have been together for more than a year in 2021.
Image Source: Ashley Day Instagram

When it comes to owning his sexuality, Adam Kaplan has not been shy about anything. The actor has made it clear he loves who he loves and does not let anyone dictate his feelings for his partner. While he does not talk much about his relationships, the actor has made it clear that he is gay and his Instagram posts speak volume as to where he is in his personal relationship journey.

There are photos of the actor from pride parade and he himself has made it clear that he is gay. Beyond that revelation, the actor has also shared pictures of his boyfriend. Adam Kaplan is currently dating his boyfriend Ashley Day in 2021. While we are not certain when they met for the first time, but we know for certain that they have been together for more than a year.

Adam Kaplan has showed off his boyfriend Ashley Day on social media. They have been together for more than a year, as per their Instagram posts. But both have been tight lipped when it comes to when they formally started seeing one another. We are guessing it was right around summer of 2020 as vacation on boat pictures of the two surfaced around the same time.

The first photo of the two surfaced on 19 July 2020 when Ashley showed off the duo shirtless on a boat. The couple was taking in the sun and snuggling with their dog, just outside of Westport, Connecticut. That was the first time we saw the couple and a few weeks later Ashley shared a snap of the two again, with the caption, "I fell in twice." This time they were in Vermont but still near the water and looking all loved up.

Then after about a month of Ashley sharing their love with the world, Adam also got in on the action. He wrote on Instagram. "Smiles for Day(s)" and shared a hugging picture of the two from Chittenden, Vermont, on 17 August 2020. We have previously seen other guys in pictures with Adam before, but this was the first time he shared snaps of his new boyfriend.

Since then we have had multiple pictures of the duo from all over the US. While they are both actors and their jobs keep them busy their Instagram shows the lovebirds making time for one another. More recently on 1 July 2021, Adam wrote, "Thank god you were born. Happy birthday, my love," wishing his boyfriend on his birthday. While Ashley surprised Adam with a birthday cake during his 31st birthday celebration.

Adam Kaplan and his boyfriend Ashley Day appear to have a loving relationship and they have been together for more than a year. They are both coming to an age where settling down appears to be in sight. Both are successful in their respective careers and getting married seems to be the only place they are both headed.

The Big Leap is the new feel-good series from Fox as they hope the show to hold down the Monday night slot for a massive ratings return. The series is a show-within-a-show concept perfected by UnReal, as the same producers are involved in making of the new new dramedy. Showing off some recognizable names, The Big Leap is detined for great things and is already garnering wide-spread critical acclaim.

The show follows a group of down on their luck unlucky people who get a second chance at a brighter future when they audition for a new reality show. The reality series dives into the lives of the contestants as they try to perfect the Black Swan choreography for a massive finale but before getting there, producers will extract every little drama they possibly can from the people taking part.

Adam Kaplan plays one of the contestants, Simon Lovewell. He is a Southern boy who appears in the audition alongside his twin sister. The two siblings have a weird chemistry and are selected for their appeal. Simon later will be revealed as a queer character, right in line with his real life. The actor appears to be enjoying his time on the show as evident from his Instagram.

Recommended: Luke Macfarlane Boyfriend – Who is the Hallmark Actor Dating in 2021?