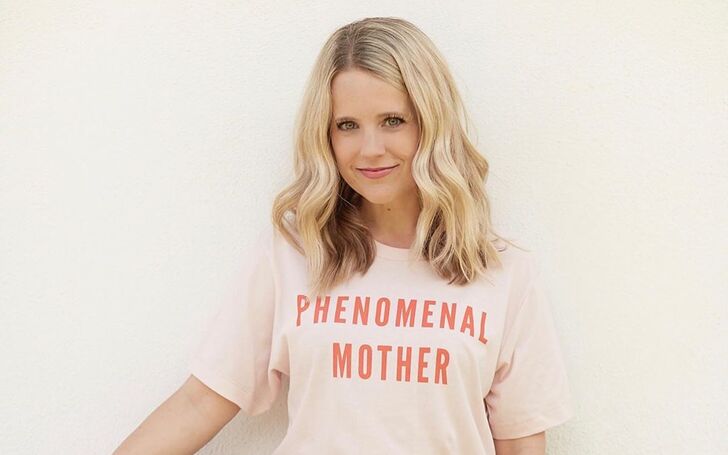 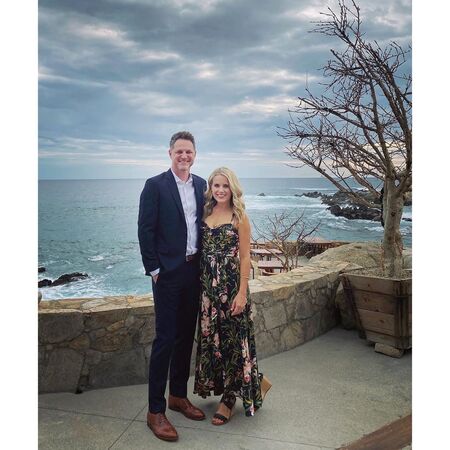 Allison Munn is married to her boyfriend turned husband, Scott Holroyd. Their Southern-style wedding was held on 17th November 2007 at the French Huguenot Church in Charleston, South Carolina. Speaking of their wedding location, the actress said:

We grew up together and this is where we’re both from. So we wanted to treat all of our friends to a traditional Southern wedding.

The couple was childhood friends who grew up together in South Carolina. However, they only began dating in 2004 when Holroyd moved to LA. Two years later, the lovebirds took their relationship to a new level by getting engaged in Paris in December 2006.

Talking about her partner, the 45-year-old star gushed:

He walked in with a history. I already knew him and his family, so I knew he was a solid guy. He makes me laugh and calms me down. He brings a lot of joy into my life.

The couple shares two kids together. They welcomed their first child, a son named Nathan Powell Holroyd on 15th November 2011. Four years later, the pair was blessed with a daughter, Nora Holroyd, in 2015. The family currently resides in Los Angeles with their pet dog named Buster Keaton, belonging to a terrier breed.

When the teenage daughter of Big Show, comes to live with him, his wife and two other daughters, he quickly becomes outnumbered and outsmarted. Despite being 7 feet tall and weighing 400 pounds, he is no longer the center of attention.

Allison Munn is playing the role of Big Show's wife Cassy in the Netflix sitcom The Big Show Show. The rest of the main cast includes Paul Wight as Big Show, Jaleel White as Terry, Reylynn Caster as Lola, Lily Brooks O’Briant as Mandy, and Juliet Donenfeld as J.J.

Played Lauren on 'One Tree Hill' - What's Her Net Worth? Allison Munn's net worth is estimated to be $2 million.
Source: Allison Instagram

Allison Munn made her small screen debut with the role of Gretchen in the sci-fi comedy-drama Now and Again (1999-2000). Two years later, she landed a recurring role of Caroline for nine episodes on That ‘70s Show (2001-2006).

Watch: Allison Munn and her husband Scott Holroyd as Lauren and David on 'One Tree Hill'

Besides acting, Munn is an active supporter of the Rock the Vote Foundation, encouraging young people to register to vote.

Allison Munn’s net worth is estimated at $2 million.