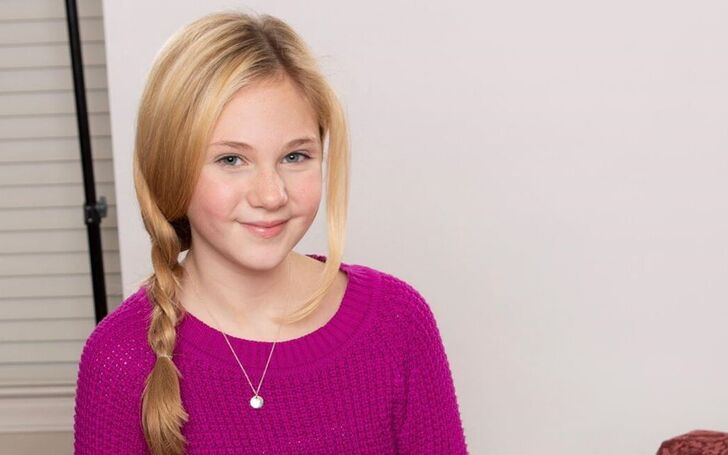 Lily Brooks O’Briant was born on 10th July 2006 in Memphis, Tennessee, to parents Allen O’Briant (father) and Hope O’Briant (mother). She’s got an older brother named Colin O’Briant and a younger sister, Hannah O’Briant. Lily’s been involved in local theatre since she was 4.

The young actress was persistent in her effort to convince her parents to aid her in fulfilling her dreams of becoming an actress. After eight months, her family finally gave in upon realizing her interest had only grown over time.

When Big Show's teenage daughter comes to live with him and his wife and two other daughters, he quickly becomes outnumbered and outsmarted. Despite being 7 feet tall and weighing 400 pounds, he is no longer the center of attention.

Lily Brooks O’Briant is playing the role of Big Show’s middle daughter named Mandy Wight on Netflix’s The Big Show Show. Mandy is an overachiever who runs for class president. Lily Brooks O'Briant's net worth is estimated to be $5,000.
Source: O'Briant Instagram

In 2016, the young actress featured in the movie Restoration followed by a couple of short films, Bare Knuckle (2016) and Broadway Kids Against Bullying: I Have a Voice (2016). Two years later, she had a minor role as Trailer Girl in an independent neo-noir crime thriller movie Pickings (2018).

In 2019, the 13-year-old made a single-episode appearance as Young Dot in the comic book series The Tick (2019). Besides TV and film, the actress played Matilda, the 15th kid to perform worldwide, in the second national tour of Matilda the Musical.  Her first show was held on 2nd January 2016, whereas the final performance took place on 26th June 2016.