Madelyn Cline started acting as a way to face her fears of stage fright, but once she was on the stage, the brisk lights whisked her away, and a way to cope with her fear became a career choice for the actress. Now after a few years of playing small roles in movies and TV shows, Madelyn is finally getting her shot, starring in the Netflix series Outer Banks.

The actress was born on 21 December 1997 to her parents in Charleston, South Carolina. She shares a close bond with her father; when she is not busy, the actress loves to play football and golf. Madelyn lived in Charleston, but almost all summer Madelyn and her family lived in New York, where she also started to appear in commercials after signing with an agent.

But commercials were only going to satisfy the acting desires of Madelyn Cline for so long. After she finished high school, Madelyn took up acting as her career and started auditioning for roles in movies and TV shows. Now, after almost a decade in the show business, Madelyn is playing a leading role in the Netflix series Outer Banks.

Outer Banks is the story of a group of friends who reside in the place of the same name. During the summer, when all the teenagers want to enjoy the sun and drink, John B, played by Chase Stokes, finds clues towards the mysterious disappearance of his father. John and his Pogue crew start pulling on the thread, which might lead them to $400 million in gold or to their demise.

Madelyn Cline plays Sarah Cameron in the series; she is the popular girl in the town and daughter of a prominent member of the Outer Banks community. Coming from a wealthy family, there is not much in common between Sarah and the members of the Pogue. But, she is still attracted to the life they live, and even with a star-athlete boyfriend, she gravitates towards John. 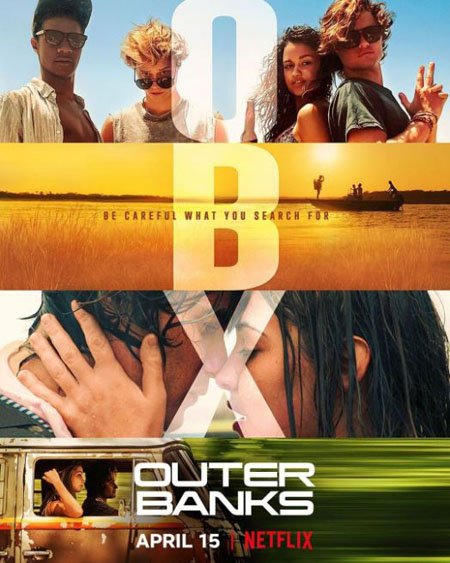 Sarah and her friends may not see the attraction of hanging out with the poor people of the town, but when Sarah hears John’s story about his father and the treasure, she wants to see where it all leads. The Pogue’s quest to find the truth and maybe get rich at the end of it all makes up the first season of the Netflix series.

Outer Banks is currently set for release on 15 April 2020, streaming only on Netflix. The show stars Chase Stokes and Madelyn Cline in the leading role, Madison Bailey plays Kiara, Jonathan Daviss plays Pope, and Rudy Pankow plays JJ, making up the members of the Pogues, and Caroline Arapoglou and Drew Starkey also starring as Rose Cameron and Rafe Cameron, respectively.

Madelyn Cline Appeared in the Second Season of Stranger Things 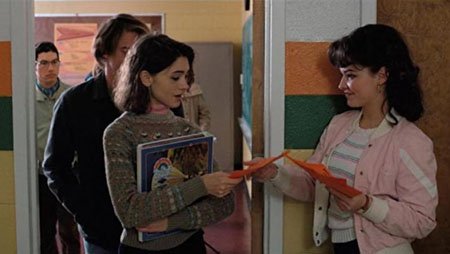 In the same years Madelyn appeared in The CW series The Originals, she played Jessica in three episodes of the fourth season. She was also playing a recurring character Taylor Watts in the HBO series Vice Principals, between 2016 and 2017.

Madelyn then got the role of Chloe in the critically successful movie Boy Erased. She is the girlfriend of the leading character in the movie, who is later outed as gay and is sent to a conversion therapy program by his parents. Next, Madelyn Cline will be seen in Once Upon a Time in Staten Island and What Breaks the Ice.

Madelyn Cline’s Social Media Presence – Does the Actress Have a Boyfriend? Madelyn Cline has been in the industry for a few years now, but the actress is relatively new to Instagram. The oldest post from the actress is from late 2017, and in total, she’s posted 52 images and videos on her page. Madelyn’s follower count is also growing slowly; it currently stands slightly above 5,000 followers.