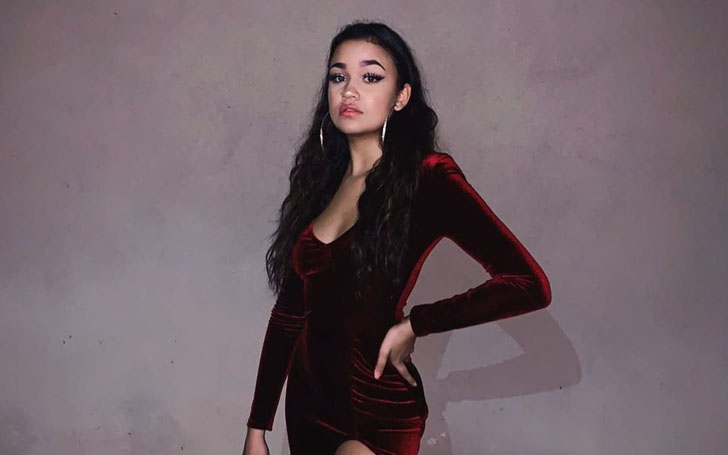 Madison Bailey was only 16 years old when she got the role of Caroline in the NBC series Constantine. Since then, the actress has been in more than ten movies and TV shows and now is playing one of the leading ladies in the Netflix series Outer Banks. Like most of her castmates, this is going to be the biggest show or movie they have been involved to date.

On 29 January 1999, Madison Bailey was born to her parents in North Carolina, where she was raised and also got her education. A music lover from a young age, the prospect of acting was also enticing to Madison. But she only got her shot at acting in front of a camera in a professional production at the age of 16. Still, in high school at the time, the actress seriously started to pursue a career in acting after she was done with her 12th grade. 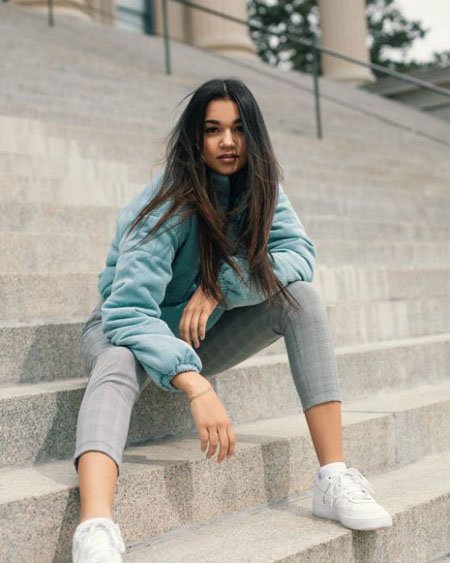 Madison Bailey is now 21 years old, and she is only getting into a stride with her career as an actress. As it is true for most young actors, it all started with a bit-part role in a movie or TV show, but it all depends on whether you can maximize the opportunities you get. Madison Bailey, it seems, is taking her opportunity by the horns and riding the momentum to stardom, and no one can say she doesn’t deserve it.

In Outer Banks, John B, played by Chase Stokes, is looking to have fun with his friends during the summer. The Pogues, the name of his crew, are just trying to balance their personal lives, fun, and responsibilities when a clue leads the crew in a search for the missing father of John and a probable treasure, which may amount to about $400 million in gold.

Madison Bailey plays Kiara in the Netflix series Outer Banks. She is one of the four Pogues who hang out together, but she does not have the same background as the others in the group. Kiara comes from a well-off family, but she finds there is more she has in common with the Pogues than other kids of wealthy families. Madison Bailey recently talked to IMDb about her character; she said Kiara is a strong girl, someone who is not flustered by the moment and tries to save everyone else before running. She also identified herself with the character and said the character of Kiara made her a better person.

As mentioned above, Madison Bailey’s career started with the appearance in the NBC series Constantine. After finishing high school, the actress stepped up her acting output, and starting with 2017; she appeared in three more TV shows. She appeared in a single episode of Mr. Mercedes, and two episodes of Murder Chose Me. Madison also appeared in the 2017 film Fist Fight, but she was not credited for the role in the movie.

Madison Bailey played Jackie in the movie Nightclub Secrets and appeared in the pilot episode of the show Two Roads. She appeared in the series alongside trans actor JJ Hawkins, and they formed a strong bond after being in the episode together.

Most of her fans know Madison from her recurring role in The CW series Black Lightning where she played Wendy Hernandez. Between 2018 and 2019, the actress appeared in six episodes with her final appearance coming in the 14th episode of the second season. Madison also appeared in the series Creepshow and also the Impractical Jokers: The Movie.

Madison Bailey Identifies as Queer – Is the Actress in a Relationship? Madison Bailey and JJ Hawkins are close and JJ wrote on Instagram they were a couple.
Source: JJ Hawkins Instagram

It seems JJ Hawkins and Madison Bailey are currently in a relationship, well, that is what the fans think anyway. We’ve got a comment from JJ where he calls them a couple, and there is no shortage of pictures featuring the two vacationing together. Madison and JJ also seem to have spent thanksgiving together in Madison’s hometown. It does seem like they were dating at one point, but we are not certain if they are still together.