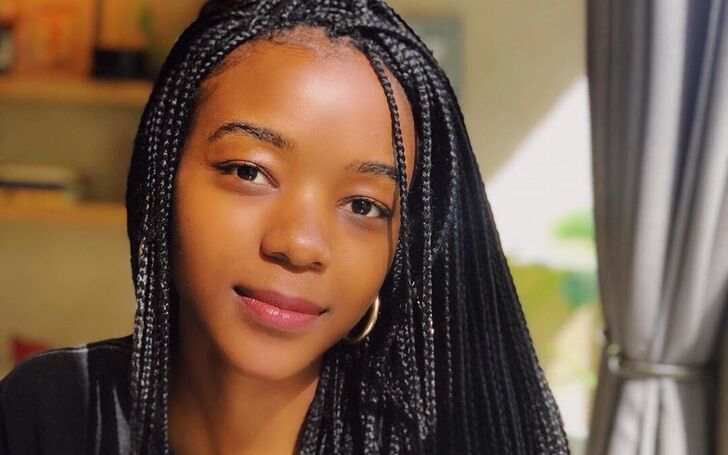 Born on 2nd September 1998, Ama Qamata is a young actress from South Africa who is looking to leave her mark through the upcoming Netflix original series Blood & Water. She plays the starring role of Puleng Khumalo, who explores the cold case of her older sister, who was kidnapped at birth.

Stars as Puleng Khumalo in the Netflix series 'Blood & Water' (2020)

Directed by Nosipho Dumisa, the Netflix original Blood & Water follows a local teen who explores the dark history of her family as she navigates the complex environment of South African high school.

While the show features an up and coming local cast, Daryne Joshua and Travis Taute serve as writers and co-directors alongside Dumisa. In addition, the producers are Bradley Joshua and Benjamin Overmeyer, whereas Simon Beesley takes over the role of lead editor.

The trailer for Blood & Water dropped on 11th May 2020, and we definitely cannot wait for what's in store. Set in South Africa, this latest series centers on a young girl who is trying to determine if a swim sensation at her top school is really her sister, who was kidnapped at birth.

As per the official description from Netflix:

Ama Qamata is playing the role of Puleng Khumalo in the Netflix series Blood & Water. 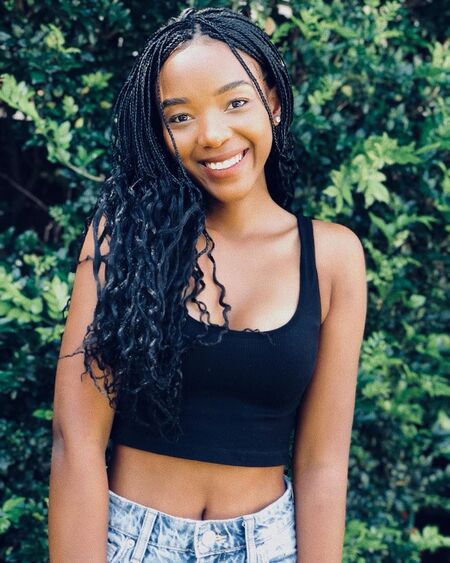 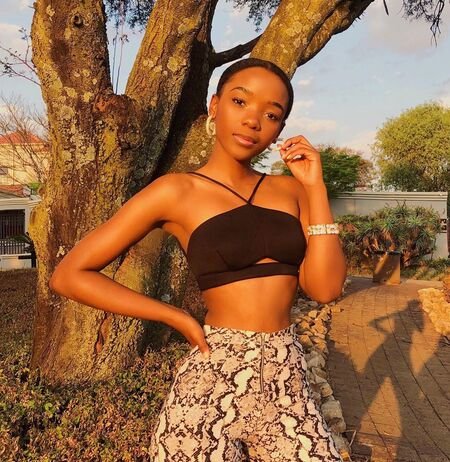 The 21-year-old was interested in acting from a young age, displaying remarkable performance in elementary school. She stared as Snow White in a school play, where she owned the stage, and both teachers and students gave her a standing ovation. Since then, Ama realized she could make a career out of her gifted ability.

Upon completing her studies from Reddam House School, Ama joined the University of Cape Town to study theater and performance. Even before she graduated and became a successful actress, Ama booked a part in Gomora, placing her film studies on hold in Johannesburg. In the show, the actress portrays Buhle Ndaba, the daughter of Thati Ndaba, who grew from a modest upbringing to become a trophy woman and a socialite. The show was released in March 2020.

One of the aspects that drew Ama Qamata to her role as Bhule in Gomora is how identical she is to the character. While she admits most people would see Bhule as a privileged girl, that's not all she sees. As per Ama, she discovered the fact that people often tend to be complicated. Therefore, Bhule just behaves the way she does because of her childhood. Yet, given the negative attributes, Ama sees herself in Bhule since she is always positive and never hesitates to chase her dreams.

Meanwhile, Qamata reckons there is a culture of underpaying young talent because opportunities are few and far between. She believes the new stars need to take a stand against this trend to give birth to a sustainable and fair industry, for the current crop as well as the coming generation of actors and actresses.

The Young Actress Comes From a Wonderful Family

Love is often about the small, yet pleasantly surprising gestures we make for our friends and family. Ama Qamata couldn't be more delighted when her family came to visit her on the set of Blood & Water on the occasion of her 21st birthday.

Qamata's parents, as well as siblings, flew from Johannesburg to Cape Town and surprised her. Although it came totally unexpected, Ama was so thrilled that she didn't even mind having her face mask. The young actress wrote: "I am so blessed to have such an amazing, supportive, and loving family. God is great!! Thank you to production for surprising me as well, I am so blessed to be doing what I love."

Just as her Instagram upload suggests, Ama is a firm believer in God and never carries second thoughts to display her appreciation to the Almighty for every success she's ever achieved in life. Moreover, she's an ardent reader of Bishop TD Jakes and recently commented on one of his sermons on envy. She also thanked God for granting her a wonderful family who raised her to become a good person, besides being a talented actress.