Fathia Youssouf is the latest actress to get her start with Netflix. At the age of 14, the young performer is leading French film Cuties on the streaming platform playing the character of Amy. For someone so young, life is coming fast and hard, with her movie already courting controversy.

Cuties on Netflix was criticized, with people calling for the movie calling for the film to be dropped from the streaming platform. The movie trailer was also met with a concentrated campaign to downgrade it through the unlike button. But the film is still scheduled for its previous release date. So, here are five facts you need to know about the lead actress Fathia. 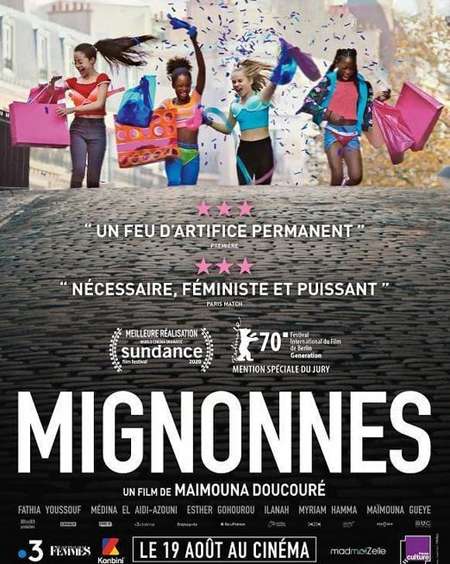 Cuties is a French movie directed by Maimouna Doucoure, who is making her directorial debut. The film premiered at the Sundance Film Festival on 23 January, where the director of Cuties was awarded for her direction. The movie was lauded in the award circuit with a release looking towards wide distribution when the COVID-19 pandemic hit.

The new Netflix movie is about an "Eleven-year-old immigrant girl Amy, originally hailing from Senegal, lives with her mother, Mariam. Amy is fascinated by her disobedient neighbor Angelica's twerking clique called Cuties, an adult-style dance troupe, which has contrasting fortunes and characteristics to Mariam's traditional customs, values, and traditions."

Watch: The trailer for the Netflix movie Cuties

Fathia Youssouf plays Amy in the Netflix movie Cuties. She is an 11-year-old girl from Senegal who lives in the poor part of Paris. Amy is attracted to other girls in the neighborhood who dance in risque fashion, and she joins their dance troupe, going against her mother and the culture she was raised in.

Netflix is releasing the movie on 9 September 2020. Cuties cast is led by Fathia Youssouf as Amy, Medina El Aidi-Azouni as Angelica, Maimouna Gueye as Mariam, Esther Gohourou as Coumba, Ilanah Cami-Goursolas as Jess, Myriam Hamma as Yasmine, Demba Diaw as Ismael, Mamadou Samake as Samba, and Mbissine Therese Diop as the aunt.

Fathia Youssouf is a 14-Years-Old from Paris, France

According to the bio of Fathia's Instagram page, the actress is 14-years-old. The Cuties actress does not specify her exact date of birth on Instagram, and we are not certain when she celebrates her birthday. Fathia was about 12 when she won the role of Amy in the Netflix movie Cuties/Mignonnes.

Searching about the actress, we found that her full name is Fathia Youssouf Abdillahi, according to Premiere magazine. She was born and raised in Paris, France, where she is also now starting her career as a performer.

Fathia Defeated 650 Kids for the Role of Amy in Cuties

The audition process for any movie is an extended one. Cuties also went through a months-long process to get the complete cast for the film. According to TV Overmind, after a six-month-long casting process, Fathia Youssouf was one of the last to audition for a role in the movie.

The site mentioned over 650 kids auditioned, and she was the one selected by the makers of the movie. She appears to an amazing actress who won over a stringent casting process. It seems like we are getting to see an amazing actress of the future, playing Amy's role in Netflix movie Cuties/Mignonnes. 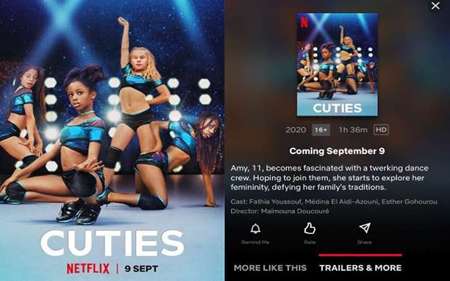 Cuties or Mignonnes was flying below the radar as it was approaching the release date. No one knew what the movie was about up until the point when some people started to point out the synopsis and pictures used by Netflix to promote the film. Also, the rating of 16 years or above, which was given to the movie, started to cause some controversy.

Parental associations around the world started a boycotting campaign, asking Netflix to drop the movie. Most people had a problem with the picture released as a Netflix poster, which showed Fathia squatting in short clothes and opening her legs. The picture, coupled with people calling the movie pedophilia encouraging content, resulted in Netflix apologizing and changing the synopsis along with the poster.

The director of the film said she was not consulted in the promotion of the movie by Netflix. She was gearing up for the film's release in France when all the controversy started. Maoimouna also said she received death threats because of the controversy, while Netflix CEO called her personally to apologize for the mistake they made.

While the controversy was in full swing, Tessa Thompson came out with strong support for the film, mentioning how she was moved by the film when it premiered in Sundance. Netflix also mentioned that the film is more than just the promotional material, which is being released on the scheduled 9 September 2020 release slot.

Though she is not a frequent user, Fathia Youssouf is on Instagram. She has three pictures on her profile with close to 1,500 followers. She follows 50 people herself, and the actress's social status will only rise after more people get to see the movie on Netflix.

There were a lot of controversies, still are, but the cast and crew of the film have been resilient through it all. The actress is in line for a long period of success if she can continue to wow like she did to win Amy's role from a competition of 650 kids. You can follow the actress on Instagram to see where her career goes from here. Our verdict? Up and Up.