Camrus Johnson, a passionate actor and writer, moved from Georgia to New York to pursue his career. He began his acting profession at the mere age of 15. Camrus Johnson is playing the character of Luke Fox in the American superhero series Batwoman (2019). He is the son of Wayne Enterprises' R&D director Lucious Fox. Moreover, Luke is a loyalist to the Dark Knight who strives to protect the Wayne Tower in the absence of his boss.

The character considers himself the guardian of everything connected to Batman and his symbol. In addition, he identifies the need for a new superhero in Gotham. 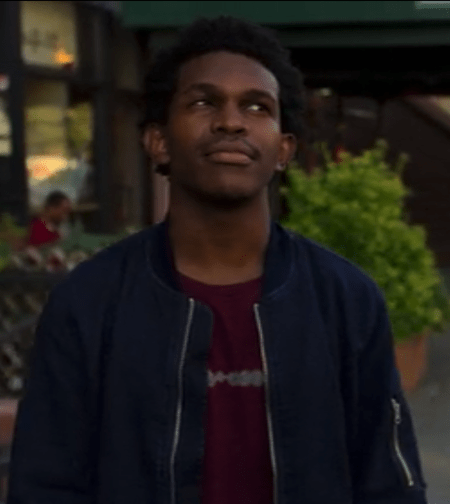 Johnson previously played the role of Torre in the Marvel's Netflix series Luke Cage (2016). Torre is a minor character in the series who is merely a citizen of Harlem and a regular customer at Pop's Barber Shop, the place where Luke Cage (Mike Colter) begins his work upon his return to Harlem.

Luke Cage ran for two seasons and 26 episodes. The show was canceled by Netflix on 19th October 2018 during the development of the third season following the differences between the show's creative writers and the media-services provider Netflix.

Camrus featured in two episodes of the series - Code of the Streets (season one) and The Main Ingredients (season two).

Directed by Russo-Young and written by Tracy Oliver, The Sun Is Also A Star is a big-screen adaptation of the novel by Nicola Yoon. The teen drama movie stars Yara Shahidi as Natasha Kingsley and Charles Melton as Daniel Jae Ho Bae.

The film tells the story of a young couple who fall in love while one of their families is on the verge of deportation. Meanwhile, Camrus plays the character Omar Hassabala, a mere friend of Daniel. His screen time is therefore brief in the film.

The movie was a flop in the box office, accumulating $6.6 million worldwide with a budget of $9 million.

Johnson reveals the dream actor to play his on-screen father During an interview with The Hollywood Life in May 2019, Johnson was asked who he would love the most to play his dad in reel life. The actor said,

Well, I mean Morgan Freeman obviously. But if I was to not say the obvious, I'd maybe say Mahershala Ali. Me and Mahershala met on Luke Cage. I think he would be a great dad for me.