Born on 4th June 1974, Christian Sloan is a Canadian actor best known for his role as Unsavory Man on The Twilight Saga: Breaking Dawn - Part 1 (2011), Jae on Star Trek Beyond (2016), and Agent Franks on Death Note (2017). He currently resides in Vancouver, British Columbia.

Christian Sloan is set to feature in 7 episodes of American drama series See. Produced for Apple TV+, the show is directed by Francis Lawrence and written by Steven Knight.

The series tells the story of a distant future when humanity has lost the ability of sight leaving the society to find new ways to interact and live. However, when a set of twins are born with sight, the entire landscape changes.

Baba Voss (Jason Momoa) vows to go to war in a bid to protect his children. He must rely on his instincts and rally his troops to defeat the Queen who will do whatever it takes to get her hands on the children.

The actor is married to his wife Marcee Lee-Bullen Christian Sloan tied the knot with his wife Marcee Lee-Bullen on 26th October 2011 in Vancouver, British Columbia. The duo welcomed a son named Cillian in 2015.

Marcee, meanwhile, is a portrait photographer by profession. Her Instagram is filled with impressive pictures she's taken. Christian, on the other hand, loves sharing pics of his day to day activities as well as adorable snaps alongside his family. Sloan with his wife and son; a beautiful family.
Source: Sloan Instagram

On their fifth wedding anniversary, Christian shared a beautiful picture of his wife and son. He wrote a cute caption dedicating to Marcee, "Has it been 5 years? Wow, what a breeze. I'm telling ya, guys, so easy. Really. Just a dream! Sending all my love to my best friend, my partner in crime, my lover, my confidante, and my better half on our 5th wedding anniversary. Let's do 5 more! Wait, uh...I mean 50 more... #trueloveforever" The couple is together for the last 8 years and carries a blissful relationship. Christian's uploads on social media with his family are often charming.

Sloan played the role of Dwayne in CW’s 'Riverdale' 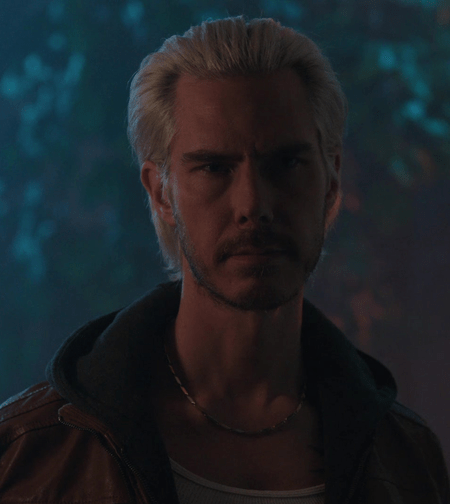 Christian Sloan played a minor character Dwayne in the CW series Riverdale. He is notably a drug dealer with no whereabouts of his family. Dwayne often does crimes and is no good at making money.

Check out Celebs In-depth for more bios of your favorite stars.